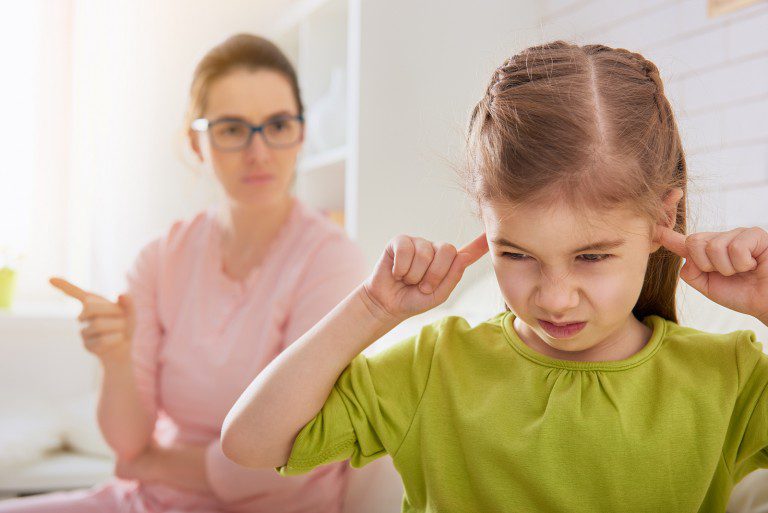 Learning to Love Instruction and Reproof

Janae and Trisha both have a 12-year-old son who has a habit of being defiant. Each woman struggles with having the confidence to help her son change his behaviors during his outbursts. So why is Trisha’s son making so much more progress on staying calm and listening to her than Janae’s? Why is Trisha’s confidence growing and Janae’s confidence getting worse?

Trisha loves some things that Janae hates: instruction and reproof. She loves being instructed and making changes to her behaviors. This process requires self-analysis and creating new plans to fit her goals. Trisha deliberately works to improve her confidence in teaching her son and developing their relationship. She also loves giving instructions and corrections to her son. She knows that even though it takes more time and effort, there’s nothing more important for her son at this time than to teach him and bond with him. Her son feels safe being corrected because she feels corrections are good.

As far as I can tell, Janae and Trisha only differ on this one characteristic. Janae is just as kind and loving as Trisha, and both love their sons more than life itself. But, unlike Trisha, Janae doesn’t like being told what to do. She doesn’t appreciate learning that she needs to make a change in herself. In fact, she’ll likely get offended or overwhelmed if she discovers she needs to change her behavior.

This desire to protect herself from instruction and reproof makes her not want to self-assess, which means she doesn’t set effective goals for herself. In fact, she often ends up being passive to her son’s outbursts and feeling like the victim instead of the parent. This passiveness results in a breakdown of vital family roles. If she doesn’t see herself as an effective leader, then neither will her child.

The Key to Happiness and Success

Trisha and Janae are concerned about their sons’ negative behaviors. Both want it to stop, but only Trisha is willing to change and correct herself in order to help her son.

This Bible verse tells us the two ways we learn and grow in wisdom: instruction and reproof. Isn’t it interesting that the first sign of a rebel is a person who won’t take instruction or be corrected? It’s becoming increasingly popular to not instruct or correct children, but to have them lead themselves and call what they find truth, freedom and happiness — even if it isn’t.

Could it be that in an effort to empower children, we have left them leaderless? Even parents need to be led. Historically, God’s instructions, warnings and consequences have been obvious to parents, and so parents have diligently worked to align themselves with what they learn from God. Incidentally, if parents follow God, then when children follow parents, they also follow God. If parents don’t follow God, children feel manipulation instead of truth, love and security. Today’s parents struggle because of a lack of foundational principles.

Self-government is when individuals align themselves with truth, then instruct themselves to follow truth and correct themselves when they stray off the path. For children to get to this point as an adult, they need to be comfortable receiving instructions, “No” answers and corrections from their parents. If children aren’t okay being corrected by their moral authority—their parents—in childhood, then these children will struggle following a higher moral authority—God—in their adult life.

If Janae doesn’t choose to learn, but instead makes endless excuses for why she can’t change, then she will feel that everything she’s doing is right, even if it isn’t working and is hurting the family. This happens to so many people who don’t want to change or learn new skills.

Proverbs 12:15 exposes this problematic thinking when it says, “The way of a fool is right in his own eyes: but he that hearkeneth unto counsel is wise.”

When a person follows instructions he (or she):

Trisha taught her son this skill set and practices it herself. Following instructions is the first step to becoming free from the bondage of defiant behaviors and low self-confidence in parenting. Of course, there were other skills Trisha also learned, like how to calmly but firmly correct her son and help him get calm when he was out of control. She learned how to give him loving reproof.

While Trisha was learning to love reproof, Janae looked at the same skills and thought, “Those skills will never work for my son. The skills will just make him mad. Then he’ll be more trouble than he already is. I guess there isn’t anything that can help my son improve.” She judged as if she could already see the future result without ever using the skills that were helping Trisha. Janae didn’t love the skills or the additional responsibility, so she didn’t take action and use them. The relationship has stayed the same because of her lack of effort. She doesn’t have a lack of stress and worry, just a lack of action. She mistakenly thinks that stressing and worrying is action.

The difference between a home that consistently improves and a home that feels stuck in the same old problems is the love of instruction and reproof.

Click here for more information about self-government skills your family can learn to improve its love of instructions and reproof.

Great article! One of my favorite parts is this: "She mistakenly thinks that stressing and worrying is action." THANK YOU.