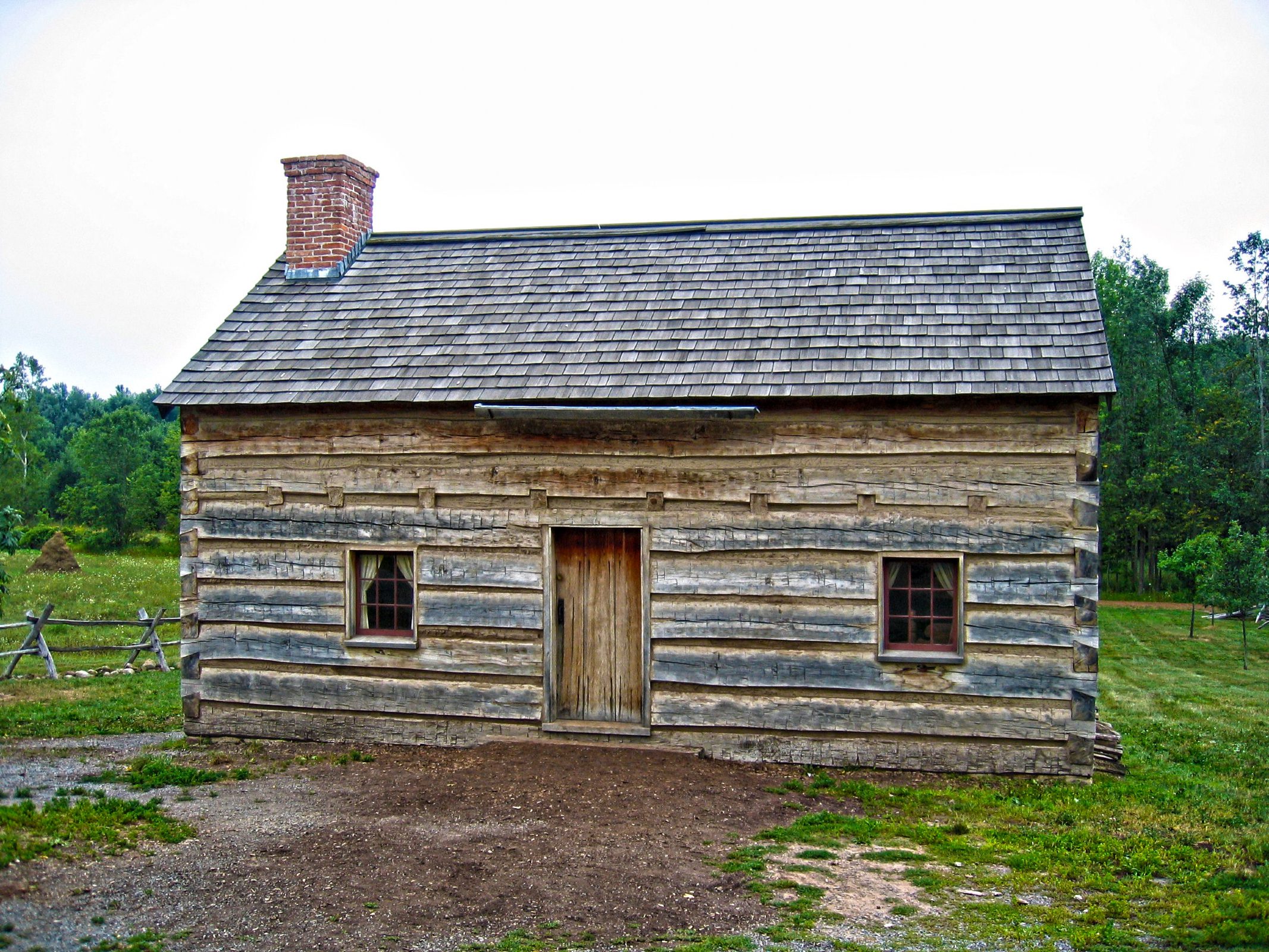 Learning Conflict Resolution from the Family of the Prophet Joseph

In part 1 of “Key Family Values” we introduced Dr. Kyle R. Walker’s book, The Joseph Sr. and Lucy Mack Smith Family, A Family Process Analysis of a Nineteenth-Century Household and a “value paradigm” diagram, as we explored key values that would increase our parental influence over succeeding generations as we learned to teach our children to teach their children.

Six inter-related categories were introduced as professionally identified within historical records of the Joseph Senior and Lucy Mack Smith family. These include cohesion (unity), conflict management (problem solving towards harmony), resiliency (ability to bounce back), religiosity (faith and works), family work, and family recreation (play, family together time, singing, discussion, etc.). It cannot be stated too often that these and all values are best caught rather than just taught. Two key values were discussed in detail. A discussion of the last four values and their inter-relationship will conclude the series.

Just as family work increases the bonding time between family members so it is with recreation. So why should we separate them as values? In a work atmosphere the relationship between family members is generally hierarchical: teacher-student, boss-worker, oldest to youngest, biggest to smallest, etc. Though this time together is a valuable bonding and learning time, the natural relationship hierarchy can prove inhibitory as well. While work primarily bonds the minds, and yields a product, recreation bonds the hearts and strengthens relationships. Of course there is overlap and what one might call work another considers recreation or relaxation. For the hard-working survival-driven Smith family down-time included; reading, singing, wrestling, jumping at a mark, stick pulling, cooking, work bees, quilting, family gatherings, letter writing, going to town, hunting, shooting, mock battles, dances/balls, picnics, pie-suppers, husking bees, parties, community feasts, national and church celebrations, barn-raisings, sleigh-rides, etc. The unstructured, and inherently enjoyable nature of theses activities served to bond the hearts, improve the minds, and physically strengthen the participants, thereby increasing family cohesion (unity and bonding). Some activities were serendipitous or spontaneous while family participants carefully planned others.

The enemy of family cohesion will be conflict arising both within and outside of the family. If a family member feels used, cheated, conned, injured, omitted or otherwise abused in any intra-family relationship, personal justice or fairness most likely will become the driving value. Inexperienced family members driven by reactive impulses will engage in fracturing behavior unless conflict resolution, as one of the behaviors of the cohesion triad, has also been caught as a value (including its accompanying skill-set). It becomes not only a value that has potential cohesive benefits but is also a means to the personal benefits of solution-thinking that satisfies the need for justice in the eyes of the offended.

Someone once noted, “Easy work is hard work, done late”. If conflicts are managed at the onset with cohesion as the motivating family value, then injury is prevented, avoiding the need to seek for justice. Add in the value of service/sacrifice, and the drive for justice can be transformed into a process rather than an event. For example: One sibling breaks another sibling’s cell phone. If the offended sibling values the relationship more than the phone and is willing to sacrifice immediate replacement while the other sibling repentantly accepts the responsibility to replace the phone, mercy will satisfy justice. That maturity won’t come naturally, but with time and consistent modeling, teaching, and experience it will grow and flourish under these shared family values.

Are there other skills that enable conflict management? We have noted that the willingness to sacrifice, and be patient are necessary values that all have thinking, feeling, and behavioral components.

As such, understanding that personal sacrifice is an investment rather than a loss changes the negative feelings associated with loss. The purposeful strategy, in which one then skillfully engages, enables long-term solutions. Results include enhanced cohesive relationships that bind family members together.

Patience likewise becomes a deferred gratification[i] skill yielding valuable potential long-term benefits. In a follow-up study referenced in the footnote, it was found that the skill of delayed gratification is one that can be taught by learning to change focus, to self-distract. Children and adults who could learn to refocus their attention from their wants to almost anything else, allowed them to wait for benefits that only come by waiting.

Though conditional relationships can lead to disappointments in the short-term, if cohesion (unity/bonding), patience, and personal sacrifice are combined under the driving value of building other’s self-reliance then disappointment simply becomes a signal, calling for continued and different skills and effort. In part, the motivating component of the “building self-reliance in others”-value is to understand that building others is a means of personal growth. Since building others always builds self in the long run, the feeling becomes that of a “get-to” attitude that enhances the relationship, even in the face of inadequacy, stubbornness, error, hurt, and loss. All intelligent beings are capable of growth when an effective influence strategy is discovered. When working to change or improve others, one must be willing to start with self-improvement. It is a behavior skill linked to the value of conflict management, and driven by the value of cohesion.

Even with the best conflict management skills, families can be overwhelmed when crisis occurs. Resiliency is a value that says, “We may be down but we are not done.” It includes the understanding that “failure is only an opportunity to start over with greater intelligence” (Henry Ford). Whether faced with “significant experiences or major life adjustments, such as emotional disturbances, unexpected changes, or major disruptive events (i.e., death, divorce, disabilities),[ii]” the question of resiliency is one of why some families recover while others “break down or disintegrate under the same circumstances.” What “characteristics, types, patterns, supports, strategies, and interaction with the community lead to family recuperation”[iii]? In our Smith family the process of financial failure, followed by starting over, was repeated with each move and each farm, from Vermont to New Hampshire, New York, Ohio, Missouri, and Illinois until there developed an “us against them” mentality that bonded them together even across the generations and long distances. Cousins continued, even in the face of religious disagreements, to visit each other, send money when needed, and communicate through letters. All of the values thus far discussed contribute to this deeply seated resilient nature of enduring families. That said, one additional value historically and statistically seemed to drive or at least enhance them all.

Religiosity can be classified into public and private[iv]. Public religiosity includes going to church, praying in public, social gatherings, service and outward charity. While private religiosity, includes personal prayer and scripture study, a sense of relationship with deity and devotion to personal discipleship. Though modern studies link lower economic status with higher rates of religiosity they also show that higher rates of private religiosity increase a person’s capacity to manage conflict, rebound from crisis, and unify relationships regardless of one’s economic status. From a “values paradigm” it is perhaps beneficial to ascribe this to something more vital than a simple compensation for greater socio-economic conflicts.

Seen this way, religiosity becomes more than a coping mechanism or a behavior stemming from another value.

The Smith Family’s relationship with their God seemed to grow more intimate and devoted with the passage of the generations, culminating in the sacrifices required, as they followed the course of their united religious movement referred to as “The Restoration” (stemming from young Joseph’s vision experience).

In almost all modern analytical studies[v], a sense of higher purpose gives power to cope with difficulty and conflict and the resiliency to rebound again and again. But Religiosity seems to go beyond this. It is the one value that seems to failsafe one’s efforts and desires to balance difficulty and success. All temporal things from houses to families, from jobs to portfolios, from possessions to positions, from churches to clergy are temporary in that they are vulnerable to failure, crisis, and frailty. When religiosity becomes the central value, all other values not only spring from it as part of their triad, but also find endurance through it. In linking one’s relationship to God’s infinite capacitating wisdom and purposes God becomes the stabilizing, non-corruptible center, sourcing one’s strength, wisdom, intelligence, and judgment.

[i] Wikipedia; The Stanford marshmallow experiment[1] refers to a series of studies on deferred gratification in the late 1960s and early 1970s led by psychologist Walter Mischel then a professor at Stanford University. In these studies, a child was offered a choice between one small reward (sometimes a marshmallow, but often a cookie or a pretzel, etc.) provided immediately or two small rewards if he or she waited until the experimenter returned (after an absence of approximately 15 minutes). In follow-up studies, the researchers found that children who were able to wait longer for the preferred rewards tended to have better life outcomes, as measured by SAT scores (Mischel, Walter; Yuichi Shoda, Monica L. Rodriguez (1989). “Delay of gratification in children.” Science 244: 933–938.), educational attainment, body mass index (BMI) and other life measures. (see Wikipedia for further references)