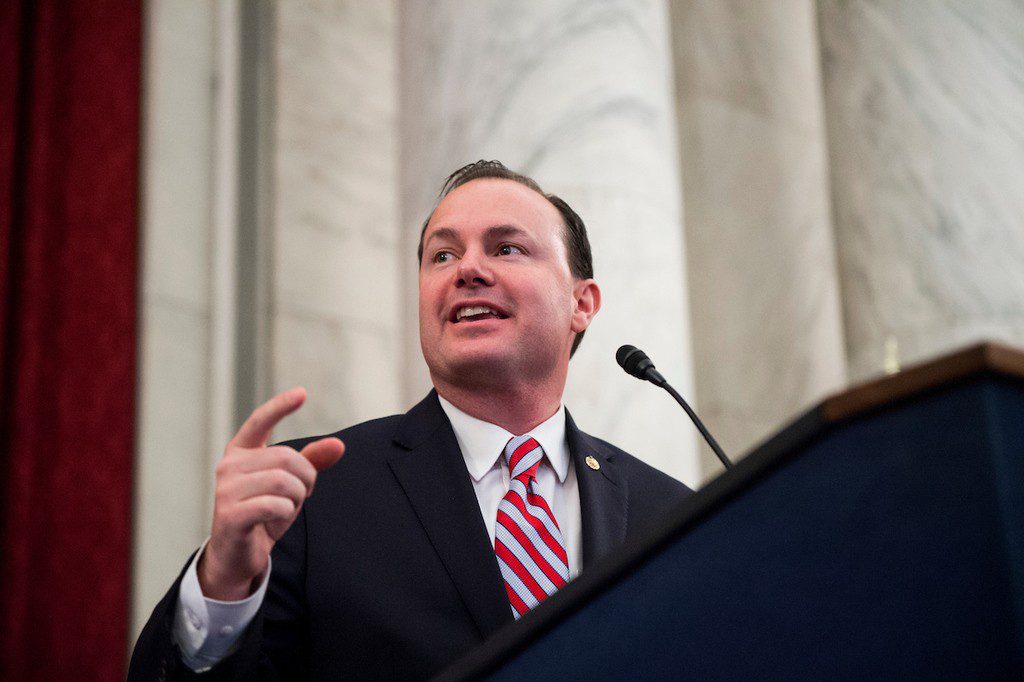 And even though Lee had expressed disinterest in being included on Trump’s list Friday, the potential court pick was a central part of Cruz’s reasoning for changing gears and backing Trump.

In a Facebook post, Cruz said the Supreme Court hangs in the balance in the election. He said Lee “would make an extraordinary justice” and cited Trump’s “explicit commitment” to nominate only from “a very strong” list of 21 potential nominees.

“This commitment matters, and it provides a serious reason for voters to choose to support Trump,” Cruz wrote of the man who dubbed him “Lyin’ Ted” during the presidential primaries, and whom Cruz in May called “utterly amoral” and a “pathological liar.”

But Lee — who has ripped Trump for making intolerant statements on religion and accusing Cruz’s father of conspiring to kill John F. Kennedy — was quick to quash the idea Friday morning.

I cannot in good conscience vote for either candidate. There are other choices. Please consider Independent Evan McMullin. His policies flow from his values. https://www.evanmcmullin.com/honoring_our_founding_principles_promotes_america_s_national_security

I do understand that Trump may not represent the best-possible Republican candidate for Utah Residents, including Mitt Romney. But do they have a choice when the alternative would be the Clinton couple, with all their lies, deceptions, and ultra liberal agenda, including on the Supreme Court level? Remember that Anerica was allied to Communist Russia during WWII, in order to win over a worst enemy...