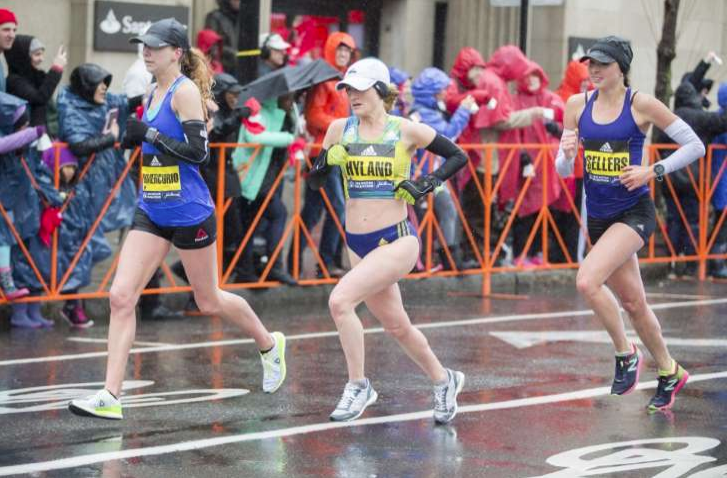 Many of those who watched the Boston Marathon — even the ones who follow the sport of running — had the same question Monday: Who in the world is Sarah Sellers?

“I mean, I still can’t believe I finished second,” Sellers, 26, said in a phone interview Monday afternoon. “I’m going to wake up and this will be a dream.”

Sellers (nee: Callister) never planned to podium at Boston. Not when she was a standout runner at Weber State University in Ogden, Utah, where she grew up. Not even when she qualified for Boston after winning the Huntsville Marathon last September in Utah in 2:44:27.

She only signed up for Boston because her younger brother, 24-year-old Ryan Callister, was running it. (Ryan finished in 2:48:20.) Plus she’s also a nurse anesthetist who works full-time in Tucson. She doesn’t have an agent, or any sponsors, and has to fit in her workouts at either 4 a.m. before work or 7 p.m. after her 10-hour shifts at Banner Health Center.

Over the past few months, Sellers mainly trained by herself, running six days a week and up 100 miles.

Sellers may have been “one of the most sought after prep runners in the state of Utah” as her college bio states, but she was essentially an anonymous runner competing against the biggest names in the sport Monday.

To read the full article on MSN, click here.