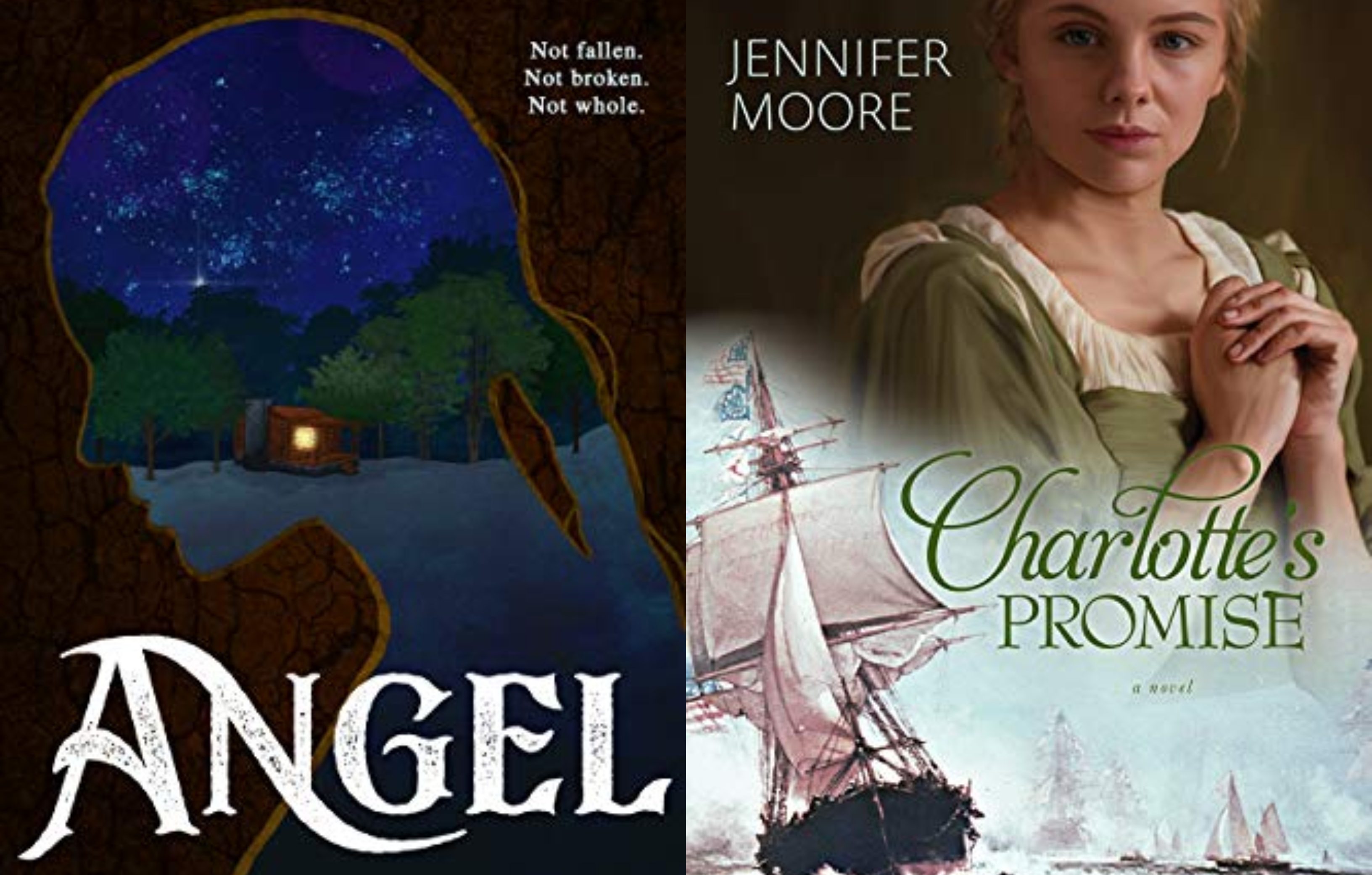 These two Historical novels are both set in America in the 1800s, one at the beginning of the century and the other toward the end. They are also set over two thousand miles apart. They both deal with tragedies causing deep emotional pain and personal strength and determination.

Angel is an historical novel that takes places in Nebraska in 1880. It is actually a story of a dysfunctional family and deals more with character and emotions than history. After a lifetime of abuse by his drunken father, Nathan, reconnects with a girl he knew briefly as a twelve-year-old child. Angel lost her parents in an accident and was sent to live with an uncle who ran a saloon in Nebraska. Ten-year-old Angel applied soothing lotion to Nathan’s lashing marks on his back as they sat on the steps outside the saloon. Seven years later Nathan finds her on a lonely road and offers her shelter from an approaching storm. Her stay stretches into weeks and they come to care more for each other than either realizes. Her uncle is dead and she is suffering both physically and emotionally from having been brutally raped and ostracized from the community. As they each struggle to deal with their pasts they both unwittingly hurt each other and love each other. The arrival of Nathan’s aunt and uncle raises new difficulties which come to a head when Nathan’s father arrives back in town.

The characters in this story do not communicate well. This is partly due to the extreme abuse they’ve suffered and some is a slight lack of reality in the character’s portrayal. The love relationship feels premature because neither has come to terms with the past or healed enough to move forward. That said, I want to point out that Angel is a powerful story that deals with difficult topics in an unforgettable way. The author excels in showing more than merely telling the misery, both mental as well as physical, a child goes through when he is physically abused for years. The same holds true for a young girl who witnesses depraved behavior and is subjected to violent rape, then instead of being comforted is given a derogatory label and faces the resulting pregnancy.

Usually an italicized sentence or two at the beginning of a chapter is a clue to the contents of the chapter. Not so, in this book. The confusing sentences are briefly referenced toward the end of the book as bits of a letter presumably written by Nathan’s father and have no bearing on the chapters they precede.

The plot builds well. Most of the writing is brilliant. Carriere writes of sensitive topics in a way that is never crude or insensitive, but is heartbreakingly realistic. Most of this debut novel’s shortcomings are due to poor editing and a weak format. Though I have been critical of some areas of this novel, I recommend it to readers who enjoy character development stories, those looking for something a little out of the ordinary, and avid readers in general. This is a highly talented author, who with the help of a good editor, could become tomorrow’s top seller.

Daniele Carriere lives in Montana with her husband and kids. She is an outdoor enthusiast and loves writing and music.

It’s 1814 and a year has passed since Creek Indians killed Charlotte Bower’s parents and took her and her little brother into captivity. The two have been separated and after a great deal of abuse Charlotte has managed to escape. She has one goal now, to find her brother, Will, and free him. So begins Charlotte’s Promise by Jennifer Moore.

Since it is safer to travel as a male than a lone female, Charlotte, who now goes by Charlie, helps herself to male clothes on a clothesline and makes her way to a sea port. The last information she heard about her brother was that his captors were headed for New Orleans to sell their captives on the slave market there. The one ship in port headed for New Orleans is her goal. She manages to join the crew and befriend several crew members, including the captain who is the first to recognize Charlie is actually a girl, a girl who just might help him forget the woman he loved and lost some time ago. Between a massive storm and an attack by a British war ship the voyage is filled with adventure. They arrive in New Orleans in time to be part of the Battle of New Orleans, one of the last battles of the War of 1812. Once she reaches New Orleans will Charlie be able to keep her promise to find Will? And is romance waiting?

Charlotte’s Promise gives a fun glimpse of an important period in American history and brings to life the hazards those early Americans faced both culturally and politically. The characters are easy to like and sympathize with. I’m not sure a small woman, even with chopped off hair and her chest tightly wrapped, could fool a shipload of men for long in the intimate living arrangements of a sailing vessel during that time period, but it makes a fun device. The story moves quickly, presents a couple of major obstacles at the climax of the story, then provides a satisfying ending.

Jennifer Moore has a BA in linguistics from the University of Utah. Though the Romance portion of this historical novel is kept low key, Moore is an avid fan of romance novels. She and her family make their home in Northern Utah. She has slightly more than a dozen novels to her credit.