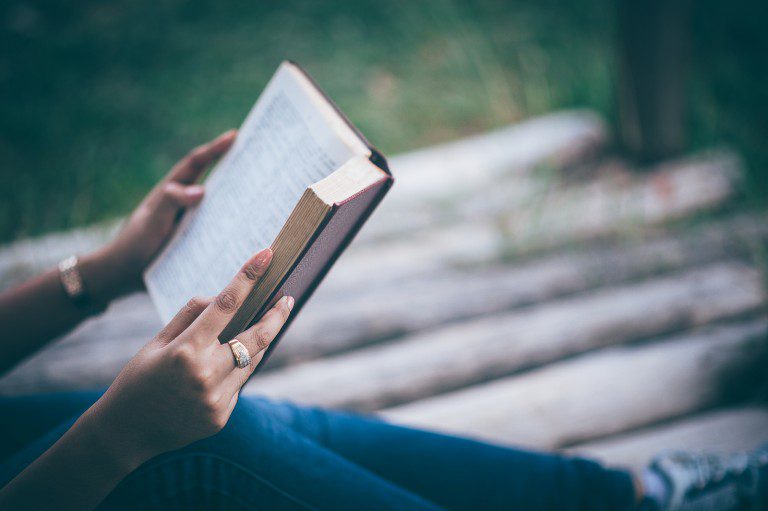 Suspense readers will especially enjoy this trio of novels written by three top writers, Julie Coulter Bellon, Kathi Oram Peterson and Julie Daines. Second Look is contemporary, Bloodline begins with the death and mystery left behind by a medieval queen, and From Ash and Stone takes the reader back almost four centuries. All three are well written, carefully researched “stay up all night reading” books.

Second Look is the fourth book in Julie Coulter Bellon’s The Griffin Force Series, however it stands alone very well. Nate Hughes is part of the Griffin Force and is sent to investigate the escape of a notorious terrorist and recapture him.  He meets another investigator at the high security prison and assumes she’s CIA, but soon learns she was CIA until she disappeared two years ago. The CIA wants her turned over to them for interrogation, but Nate finds himself drawn to her and hopes they can work together to discover the terrorist’s whereabouts and how he escaped.

Abby was devastated to be the sole survivor of an attempt to capture Atwah. With her entire team dead, she determined to capture the international terrorist. To do so she needed to learn everything possible about him. What better way to do that than pretend to be one of his followers?

Both Nate and Abby are aware Atwah has plans underway to wreak major terror, destruction, and death on a wide segment of America and the world. Do they dare pool their knowledge? Even more importantly, can they stop it?

Bellon has built a solid reputation as one of the top writers dealing with international espionage, military intelligence, and interaction between various world agencies. Her characters are strong, intelligent, and physically adept. Both Nate and Abby are characters the reader will find likable and realistic. Along with their strengths they have those personal concerns and faults that round out their characters and make them believable. The secondary characters are also believable in both their determination to reach their goals and their shortcomings. The background for Second Look is explained well where needed without spoiling the previous books for those who haven’t read them yet. The setting works well and has a definite international flavor. Intrigue and suspense are the major story lines of this novel with a minor romantic interest sidebar that enhances rather than taking over the story.

The plot line moves forward at a rapid, well-balanced pace building the tension as it goes. The timely threat reads like the smaller, but equally terrible, terrorist attacks that appear for real on the six o’clock news almost daily. All of the issues pertaining to this story were resolved in the conclusion, but as in most series a major large issue is still hanging, waiting for the next book in the series.

Julie Coulter Bellon grew up in Canada, attended BYU, married an American, and became the mother of seven children. A popular college level English and Journalism teacher, she also has more than a dozen books to her credit, several of which have won awards.

Could a puzzle set in place during the fourteenth century impact governments and allegiances today? Kathi Oram Peterson sets this question in front of readers in Bloodline, a contemporary novel with roots in 1371 when Scotland and France formed an alliance against England and there was a dispute over who was the rightful heir to the French throne. As the French Queen lies dying she leaves behind hidden clues to the identity of her rightful successor, clues that have stayed hidden for more than five centuries.

Skye Armstrong is a stewardess on an international flight leaving Heathrow, London, bound for Salt Lake City when she hears a voice of warning, a voice she heard years ago when her parents were killed. When the voice comes a second time she fears her Aunt Marjorie is ill or facing some kind of danger. She places a call and is partially reassured when her aunt, who raised her after her parents died, answers the phone. Yet a feeling of dread persists. When she lands at Salt Lake International Airport and hurries toward her car she is almost hit by a speeding vehicle, but is rescued by a passenger from her flight who then calls Uber and escorts her home. On reaching her aunt’s home she discovers Aunt Marjorie has been kidnapped and she is to recover an item from her aunt’s safe deposit box and turn it over to the kidnappers for her return. After removing an ancient page of parchment from the bank she learns she must find two more such pages and is shown a picture of her aunt unconscious and critically ill.

The passenger who rescued her earlier, Jack Duncan, shows up again at a critical moment and becomes her shadow. She doesn’t trust him even though he claims to be CIA and shows her ID. Neither can read the old Latin on the illuminated page she has, but she knows who can. An elderly man, who has been her aunt’s best friend as well as a college professor, joins their search for the other two pages and Aunt Marjorie. Their search takes them to France then to Scotland. It soon becomes apparent three different groups want the pages and are pursuing them. Skye doesn’t know who to trust or why the pages are important enough to kill for.

Bloodline is a suspenseful chase across continents and time. It’s filled with murder, intrigue, and conflicting motives. Readers who know little of European history may be confused at times by references to long dead royalty, historic figures and battles, medieval Catholicism, and major art works of that early time period. Yet these are the references that add a depth of reality to the story and provide a believable background and setting for a well-researched, fascinating story.

The characters are well-developed and feel as though they are real people. As far as being likable, that is questionable. Skye is the only character the reader may feel is someone to identify with. The other characters leave the reader guessing concerning whether they are protagonists or antagonists. It has been said that every book should have a bit of romance in it; in this one the romance is very minimal and may not be what the reader expects.

Readers, both male and female, will enjoy this intriguing, suspenseful tale. So will those who enjoy history.

Kathi Oram Peterson has a BA in English from the University of Utah. After graduating from college she worked for a curriculum publisher. After raising her family she began writing novels and has more than a dozen published books to her credit. She lives in Utah.

FROM ASH AND STONE by Julie Daines

One night young Lady Margaret Grey of Hartfell sneaks out of the family mansion to meet the son of the village blacksmith. He gives her a dagger he made for her. From their nearby meeting place they hear Rievers attack her home. They kill her father. Her mother and younger siblings are burned in their beds. The smithy’s son runs, but the leader of the marauders discovers Margaret and attempts to assault her. She slashes him with the dagger and escapes. Six years later she returns to her abandoned, burned out home determined to get revenge.

As she approaches what was once her home, Angus Robson rescues Margaret from a gang of young thugs, but she doesn’t trust him. He tries to dissuade her from moving into the old tower that is all that’s left of her home. She refuses to take his advice. He provides help in numerous ways including the loan of a large wolfhound, but she is afraid to trust him and when she learns he and his father have participated in Rievers attacks, which were common in the Borderlands during the 1500s, she wants nothing to do with him. She is threatened as well by a family she thinks might include the men who destroyed her home and family.

Margaret comes upon an attack on a young girl as she returns from the village one day. Armed and ready, she rescues the girl and finds she is the daughter of a woman accused of being a witch who was recently killed. Her attackers accuse the girl of also being a witch. She stays with Margaret and becomes a combination best friend and serving girl.

As she moves closer to discovering the identity of the raiders who killed her family, her own danger increases. She always expected that killing the leader of the band of murderers who also attempted to assault her would bring about her own death, but an unexpected twist could place her once more at the mercy of the killer.

From Ash and Stone takes place far earlier than the regency period during the medieval era. The time period is well researched and the setting is the rough borderland between Scotland and England. It’s the time period when Henry the VIII was busy divorcing and remarrying and was deeply involved in removing the Roman Church’s hold on English property and people. Even though the time period with its customs and style was vastly different from today’s lifestyles, Daines has created characters today’s readers can identify with and care deeply about. The same fears, doubts, stubbornness, and desire for revenge experienced by modern people raged in the hearts of the medieval men and woman. They also experienced the same emotions of love and tenderness.

Julie Daines has become a favorite of both Romance and Historical readers with her well researched forays into the lives and events of early Europeans. She was born in Concord, Massachusetts, but grew up in Utah. She also lived in London for eighteen months where she developed a deep appreciation for English history.