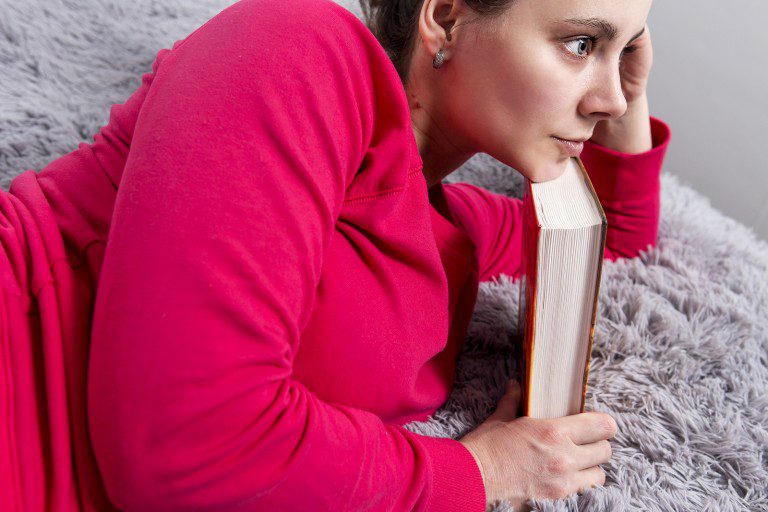 Novels by Traci Hunter Abramson and Melanie Jacobson are eagerly awaited by large numbers of fans. This pair of new books, Abramson’s Proximity and Jacobson’s Perfect Set, don’t disappoint. Proximity is the intense suspense novel Abramson’s fans have come to expect. It’s also a modern love story without the silliness often accompanying contemporary love stories. Jacobson’s Perfect Set also steps outside the usual mold. Though a tender love story, it explores a moral dilemma faced by modern journalists who must choose between the expected story and the real story. Both books have strong sports themes.

Suspense is the name of the game when reading a Traci Hunter Abramson novel. She’s awfully good at adding a touch of romance as well. This one, Proximity, begins with a wedding. Both the maid of honor and the best man arrive late for the pre-wedding activities and there’s a new deputy in town.

Talk about long distance relationships! Tia Parker is an Arizona small town high school sports trainer. Colby Farren is the new deputy recently arrived from Alaska and is clearly interested in Tia. Evan Spence can’t get Tia out of his mind either and he lives in Paris, France.

Tia’s complicated love life isn’t her only problem. There’s a breakin at her home. Several of her belongings disappear, and the school resource officer nearly dies in a bizarre accident. She’s a busy young woman with a demanding career she loves. Not only must she be at school five days a week, but must also attend every home or away game of both the men’s and women’s competitive teams. Tia also plays community league baseball on the team composed almost entirely of the town’s police force.

Several characters from previous Abramson books have brief roles in this story and though there’s a large cast of characters and widely diverse settings, the author handles them with ease, never leaving the reader confused. The characters are likable and easy to relate to. The settings feel authentic and the story turns into one of those thrillers that begs to be read in one sitting.

Traci Hunter Abramson grew up in Arizona, spent a year in Venezuela on a study abroad program, then went on to graduate from Brigham Young University. She was hired by the Central Intelligence Agency which she eventually left to raise a family. After her stint with the CIA she became a high school swim coach. She is married and the mother of five children. She is a frequent Whitney Award winner for her outstanding novels.

Sand and surf are part of summer, but for Bree Mercer they’re a whole lot more. She has worked hard to achieve her dream job as a sports reporter for a top sports magazine. She covers any and all sports as assigned, but shortly after moving to Huntington Beach, California, she is assigned to write a feature article on Kade Townsend, the number six ranked sand volleyball player who was blamed for the US loss of Gold in the last Olympics. She is given the assignment shortly after meeting Kade at a singles ward activity and taking an intense dislike toward him. She isn’t happy about it, but is determined to be fair and impartial in her treatment of the article she is to write.

Kade has no use for reporters since a former friend released a partying picture of him to the press, ruining his reputation as a “golden” Mormon boy. Determined to overcome his past mistakes and be the kind of person his parents and church expect him to be, as well as the person his own convictions tell him he should be, he avoids reporters as well as his former partner who let him take the blame for their loss at the Olympics. Bree is persistent and he finds himself attracted to her, but she is a reporter and he doesn’t plan to get burned twice. Even with her firm policy of never dating athletes, they are frequently together and the pull to establish a closer, personal relationship, plays havoc with their rules. Can one more betrayal accomplish what the lessons of the past failed to teach?

It’s easy to like Bree, but it takes a little longer to warm up to Kade. Both characters, as well as the minor characters in this story, are portrayed well, are individuals, and suit the story. The group of young women roommates with their different pursuits, interests, and plans, are shown in a realistic way without the cutesiness too often used in contemporary romances. The author covers the setting, background, and essential information concerning sand volleyball and places the story in the right place, Huntington Beach, California.

Jacobson devotes quite a bit of attention to the quandary journalists face as they try to be fair and impartial in telling a story. She shows how difficult it is to ignore personal bias for or against a subject or to weigh the integrity of one witness against another.

Perfect Set is Melanie Jacobson’s ninth novel. She is a former English teacher, married, and lives in Southern California.