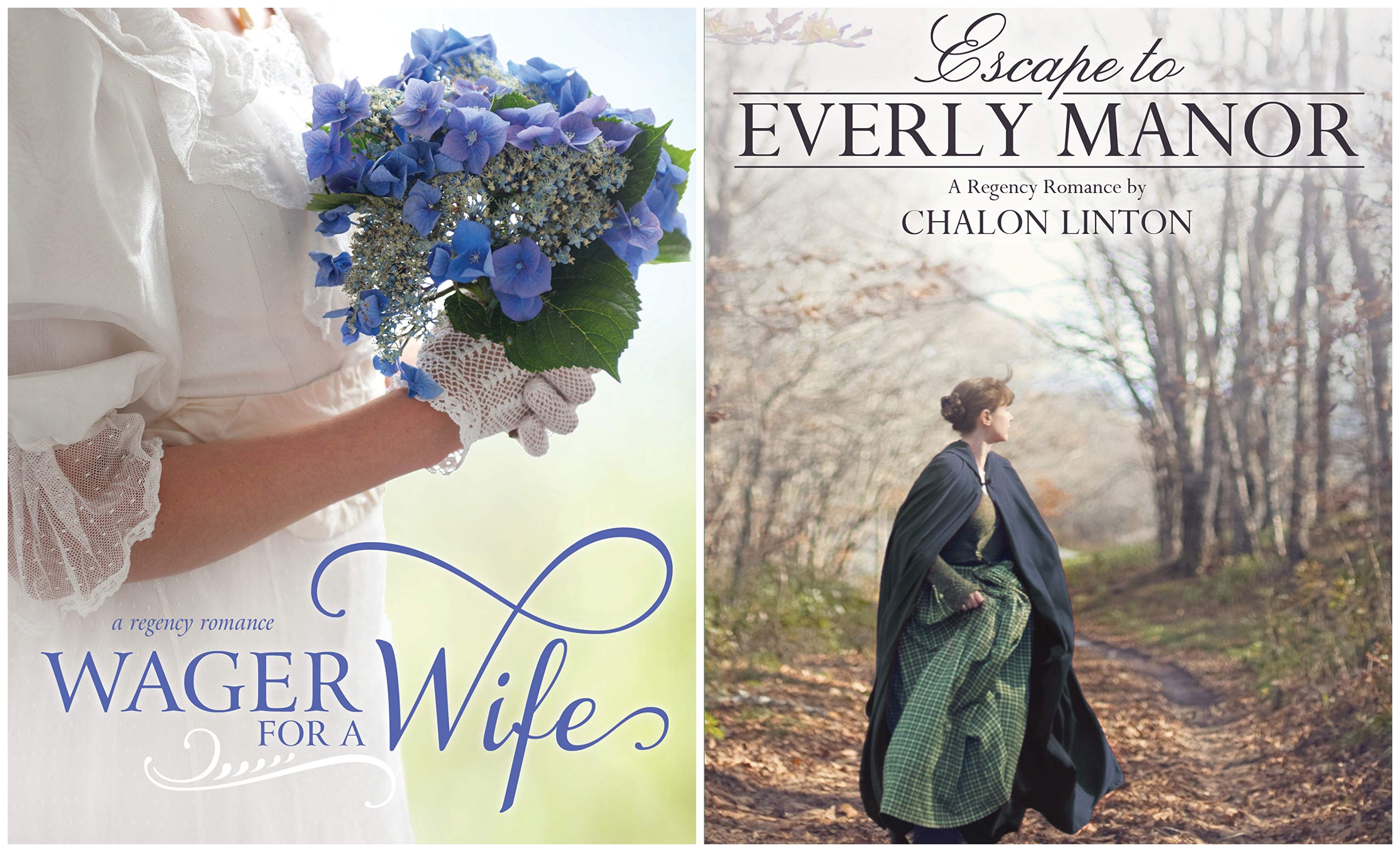 LDS Fiction: Not Your Usual Regencies

WAGER FOR A WIFE by Karen Tuft

Karen Tuft adds an unusual twist to her Regency novel, Wager for a Wife. The story starts out like the usual Regency with a London Season, a beautiful debutant, and a titled gentleman courting the young lady. Lady Louisa Hargreaves is thrilled to have attracted the attention of the Earl of Kerridge and expects a formal proposal any day. Instead of her dream proposal she learns she is the prize her irresponsible grandfather lost to a fellow gambler years ago.

William Barlow has a single stroke of luck when his estranged father dies leaving him an estate in ruins, piles of debt, and a minor title. Tucked away in the papers the estate’s attorney has kept is a signed document entitling him to marry and claim the dowry of Lady Louisa Hargreaves, daughter of the Marquess of Ashworth.

Louisa is not what William expects. When they meet he is stunned by her appearance. Instead of the frump he’d imagined, she’s beautiful, charming, and intelligent. He desperately needs the money their marriage will bring him, but he begins to regret forcing her into marriage. She is hurt and disappointed by the turn her life has taken. She cares for the Earl of Kerridge and can’t dismiss her feelings easily. Still there is something appealing about William and no matter her feelings for either man she feels duty bound to honor her grandfather’s debt.

Slowly the two begin to form an understanding and become friends until Louisa begins to suspect William is keeping a secret from her. She won’t tolerate lies and secrets from the man she weds and promptly sets out to unravel the deceit William is hiding from her.

William and Louisa easily capture the reader’s sympathy. Their situation is a little difficult for modern readers to identify with, but the story is told in a convincing manner. Both are likable characters and show honor and determination in their attempts to make a difficult fate better. There’s never any doubt about the conclusion to the story, but the journey makes the story fun while acquainting the reader with  the resolution process of dealing with questions of honor, integrity, and honesty.

Karen Tuft is the author of half a dozen novels. She also composes and arranges music. She attended both BYU and the University of Utah. She received her degree in music theory from the U. She is a wife, mother, and grandmother.

WAGER FOR A WIFE by Karen Tuft, Published by Covenant Communications, 237 pages, soft cover $15.99. Also available on CD and for eReaders.

Lizzy and her younger brother are left orphans when their parents are killed ina carriage accident. They face a second tragedy when their father’s brother takes over the estate and their guardianship. He’s abusive and subjects them to multiple insults. When he arranges for nine-year-old Thomas to be sent to sea as a cabin boy and contracts a marriage to a detestable old man for Lizzy, she determines to save both her brother and herself. By volunteering to escort Thomas to the port city where he is to board a ship, she manages to elude her uncle’s plans. A good distance from the family estate Lizzy and Thomas escape the carriage and hide in the forest. Finding an abandoned hut they take refuge from a storm. After a few days they are in desperate need of supplies. Lizzy takes the few coins she had been able to save and a valuable necklace that had belonged to her mother to a nearby village and uses the coins to buy food. She also faces a chance acquaintance with Mr. Barton, a local gentleman. Mr. Barton proves to be more than he first appears to be and becomes a major factor in changing the lives of the two young runaways.

Escape to Everly Manor rises well beyond the level of the usual Regency cliché story. The characters are more fully developed and the reader is treated to lifelike traits that include both strengths and weaknesses. The dialog feels realistic and the thoughts and intentions of various characters enriches the story. The background for the story is that of England during the Regency period with its absence of rights for women, a social caste system, and great differences in economic well being. It is set primarily on two rural estates. The plot proceeds at a comfortably fast pace and follows the general predictable guideline for Regency Romances with a happy ever after ending. The major disappointment is that Lizzy takes only the first step in freeing herself and her brother, then plays no part in freeing herself in the end, but is rescued by others.

Chalon Linton has published five novels. She is married and the mother of four children. She and her family live in Southern California.

Thank you Jenny Hansen for the words shouts these two books. I’m always looking for good books to read