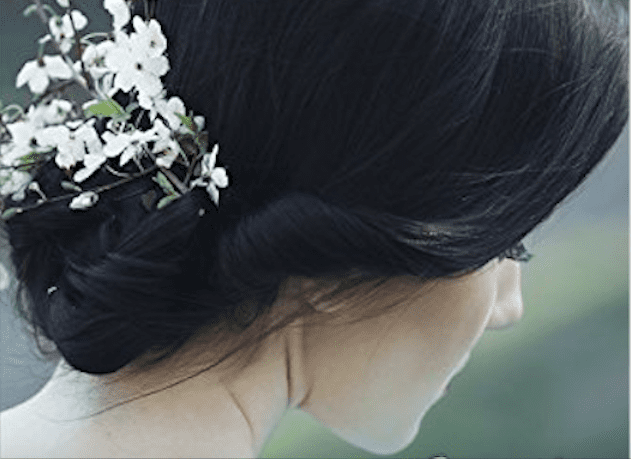 The two romantic novels spotlighted today might be labeled Regencies, though neither quite fit the mold and may more accurately be called Historicals. Scarlet by Jen Geigle Johnson occurs just prior to the Regency period and deals with the French Revolution. Miss Wilton’s Waltz by Josie Kilpack features a young woman who teaches in a girls’ school and prefers to skip the social whirl of the ton. Both are young ladies outside the Regency mold and their romances don’t fit the usual mold either.

Jen Geigle Johnson’s second novel, Scarlet, was released earlier this month. Though it takes place just prior to England’s Regency period, it is not your typical Regency Romance, but rather an enthralling step into the madness of the French Revolution in the late eighteenth century. Scarlet is a spy, intent on smuggling French aristocrats out of France. No one suspects the feather-brained English socialite of involvement in the movement. In fact, in 1793 it doesn’t occur to most people that any woman could be the mastermind behind the effort or even take part in it. Only a handful of her closest associates know Scarlet is, in fact, the elusive Pimpernel, admired by many, but slated for the guillotine if she falls into French hands.

Lady Scarlet Cavendish is a wealthy widow living on the lavish estate that had belonged to her husband and is now the property of her brother-in-law. Among the aristocrats she rescues is the intriguing Comte Matteo Durand, who grew up as a neighbor and playmate of Maximilien Robespierre’s personal assistant Eleonore Duplay. Eleonore is part of the group arranging the beheadings of French aristocrats and is determined to punish Matteo for refusing her. Her scheming implicates Matteo in the imprisonment and beheadings of many of his former neighbors. Scarlet is also set on rescuing Marie Antoinette, an attempt that lands her in a great deal of trouble. Scarlet and Matteo are drawn to each other, but their relationship lacks trust.

Scarlet is filled with twists and intrigue, but may be overlooked by many action and suspense readers because the cover hints that the book is just another Regency romance novel. The story is actually set prior to the English Regency period (1793) during the French Revolution. The author has created likable characters readers will enjoy meeting. She uses dialog cleverly and well, sometimes sharp and witty, other times vain and silly, but always suitable for the scene. Careful research has gone into the various settings in both England and France as well as the ship used to cross the channel between the two countries. The crowded French city with garbage piled in the streets, demonstrators, bleak prisons, and Robespierre’s soldiers sudden raids contrasts sharply with the luxurious estate where Scarlet lives and the sumptuous balls hosted by Prince George back in England. Descriptions of beheadings and the inhumane prison treatment may be a little strong for some readers. Overall this is a story that will appeal to many readers. There’s plenty of action and intrigue along with a tender romance and a wealth of history.

Jen Geigle writes what she likes to read, historical novels featuring strong women and solid research with just a touch of romance. She and her husband are the parents of six children.

When Lenora Wilton’s sister, Cassie, falls in love with Lenora’s fiancé and marries him, Lenora moves to Bath to live with her Aunt Gwen. Lenora doesn’t hold negative feelings toward Cassie or her former fiancé, but the gossip is too much to handle. In Bath she becomes a music teacher in an exclusive girls’ school. An avid pianist, she is happy teaching and she and her aunt are close. She prefers music and solitude to interacting with people. In her search for solitude she develops the dangerous habit of dressing as a man to walk at night to an abandoned estate where she can access the river. There beside the river she thinks and dreams, enjoying the stillness of the night and the rushing water until one night she is discovered by a stranger. In fear she flees from him.

Aiden Asher is a wealthy man who has lived for years in Australia. On his half-brother’s death, he returns to England to assume guardianship of his orphaned niece. The girl has been abused and neglected by the relatives who have cared for her. She’s obnoxious, rude, and a liar. And she’s been expelled from every school she has attended. The school in Bath is his last hope. When he discovers the woman he found at the river is a teacher at the school where he made a huge financial contribution to secure his niece’s enrollment, he blackmails her to give the girl extra help and make certain she isn’t kicked out of the school.

The niece is a difficult student and progress is slow, though Lenora tries. Her regard for Aiden grows until she learns he has kept an important secret from her.

This book is a follow-up novel to The Vicar’s Daughter where we first met Lenora. Regency fans will enjoy characters that follow the standard profile of that genre’s format. Attention is given to clothes, hair styles, and manners and the social norms of that period’s upper class. Kilpack delves more deeply than most Regency authors into the hunger for independence in her female characters and their emotional growth. The setting for this story is pretty standard, but realistic down to giving just a hint of the differences between the classes. There are enough twists and surprises in the story to make the journey toward the expected conclusion an enjoyable journey.

Josie S. Kilpack is the author of over two dozen novels, a cookbook, and several co-authored anthologies. She has won four Whitney awards and taken a leadership role in LDStorymakers. She and her husband are the parents of four children. They live in Northern Utah.