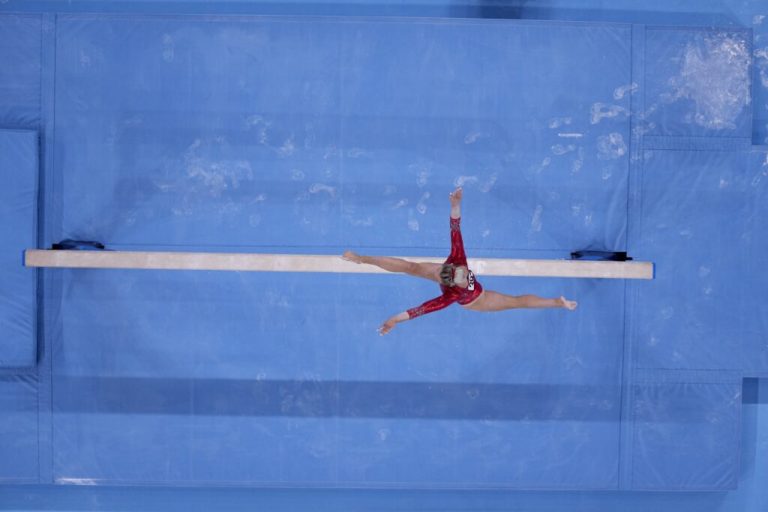 USA’s volleyball teams, both on hardwood and sand, had their first matches, swimmers had their first races, gymnasts competed in their preliminary competitions and the soccer tournament continued in the first two days of official Olympic competition following the opening ceremonies,

Here’s how athletes with connections to The Church of Jesus Christ of Latter-day Saints did in their Olympic competitions.

In volleyball, outside hitter Taylor Sander helped Team USA win three straight matches against France in preliminary pool round on Saturday, July 24. The team won 25-18, 25-18 and 25-22. Its next match is Monday, July 26, against Russia.

On the sand, USA’s Jake Gibb with partner Tri Bourne won their preliminary pool round match against a duo from Italy on Sunday, July 25, in two sets — 21-18 and 21-19.

In both volleyball and beach volleyball, the teams are divided in groups or pools and play each other member of the pool. Teams with the most wins in the pool games advance to the elimination rounds.

MyKayla Skinner is competing as an individual in the Olympics for Team USA. In the qualification round on Sunday, July 25, she competed on all four apparatus with an eye to getting to the apparatus finals later in the competition.

The top eight in each event, with the two-per-country limit — will advance to apparatus finals. Her vaults landed her in fourth place overall for the individual apparatus competition with a score of 14.866, however she’s behind two other USA gymnasts — Simone Biles, who was first, and Carey Jade, who was second. She tied for 31st on uneven bars, 27th on beam and 14th on the floor exercise.