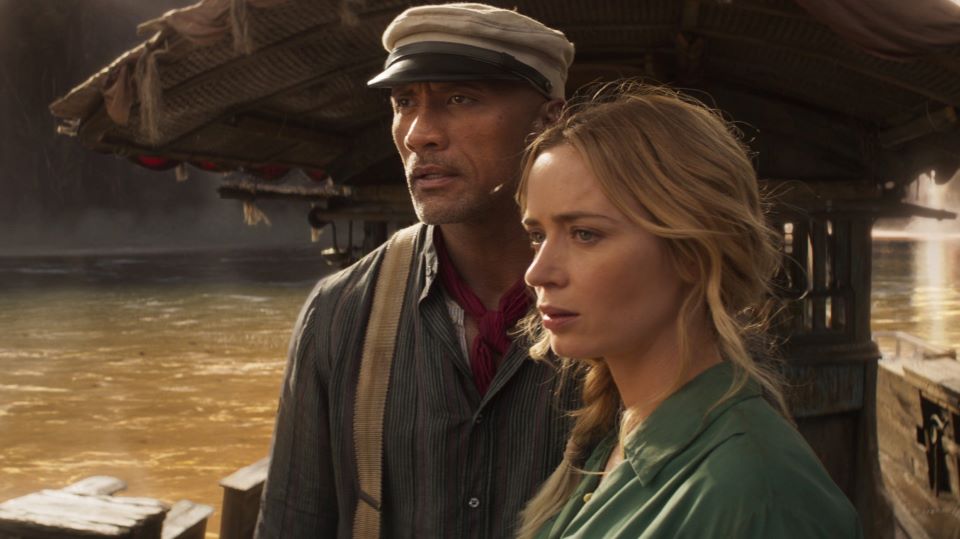 In honor of Disneyland’s popular Jungle Cruise ride at their theme parks, this fun movie has all of the magic and adventure you would hope from Disney. The movie has the ambiance and humor of the iconic theme park ride and more. To better coordinate with the new movie, Disneyland California and Disneyworld in Florida have updated their rides two weeks prior to the movie’s premiere.  If you love the ride and want to gain an even greater appreciation for it, check out “Behind the Attraction”, a fantastic series on Disney+ that shares a great behind-the-scenes look at some of the most popular rides in the Disney theme parks.

The film is family-friendly for all ages and is directed by Jaume Collet-Serra.  This lighthearted action-adventure is about two British siblings who travel to South America to hunt for a legendary plant that could change everything we know about medicine and heal millions of people.  The action-adventure is now playing in theaters and on Disney+.  If you watch the movie on Disney+, you’ll get to see a fun preshow.

The opening sequence is absolutely gorgeous to look at.  You immediately feel engaged and excited to begin the fun adventure.  It has the magical Disney touch you want it to have.  The musical score by James Newton Howard is classic Disney and there are some fantastic set pieces and production design.

You’ll love that many of the little details come from lines used on the actual Jungle Cruise ride itself.  Some come from other Disneyland attractions.  For example, Nilo’s bird is Rosita, which is a name that comes from a line spoken in the Enchanted Tiki Room at Disneyland when one of the birds asks, “Whatever happened to Rosita?”

Older audiences will recognize the look and feel of The African Queen, which was the movie that actually inspired Disney to add the Jungle Cruise to his park attractions in the first place.  The film also has a feeling of Indiana Jones and the Raiders of the Lost Ark with lots of visual and spoken humor.

The entire cast is fantastic.  Dwayne “The Rock” Johnson is always a fan favorite. He’s great in this movie, as expected.  One of the characters looks at him and says, “Gosh, there’s a lot of you, isn’t there?!”  Emily Blunt’s character says to him, “You are deeply unpleasant.”  Dwayne Johnson’s character loves puns which will make you roll your eyes and laugh at the same time. Many of them come straight out of the script from the Jungle Cruise ride at Disneyland by the “skippers”!  His character says, “I can’t turn it off.”

Dwayne Johnson is also a producer of the film.  He tried really hard to get Emily Blunt in the role of Lily Houghton.  She’s perfect and an even match for his strong presence and personality.  Emily Blunt is beautiful and so talented.  She and Dwayne Johnson have great chemistry together and fill the movie with fun energy. She also has great physicality to be believable in her role.  If you want to see her look really fierce and strong, watch her in Live Die Repeat: Edge of Tomorrow.  Paul Giamatti is awesome in every movie he’s in too and Jesse Plemons gives an over-the-top, entertaining performance as German Prince Joachim. He plays the main villain, although you could also say that the dangerous South American jungle and Amazon River are also villains.

There is almost non-stop action with slapstick stunts and gags.  Some of the CGI creatures look obviously fake and Act 3 gets darker, both visually and thematically.  There’s a super long scene full of exposition to explain a complicated backstory that has supernatural elements that might confuse kids, despite the long explanation.  Keep watching during the end credits to see some beautiful, stylish artwork.  Unfortunately, there are no end-credit scenes.

Movie Review Mom:  Dr. Trina Boice teaches for BYU-I, is a #1 best-selling author of 31 books, and a mother of 4 sons.  You can read more of her reviews at www.MovieReviewMom.com  You can hear her podcast “Daily Inspirational Quotes Hosted by Trina” on Amazon Echo devices and Volley FM.  She founded an online school and continues to create courses at www.LifelongLearningEducation.com  Because she is a popular speaker in China and loves to travel around the world, she created www.EmptyNestTravelHacker.com  You can see all of her books and win prizes at www.TrinasBooks.com  You can also find @TrinaBoice on Facebook, Instagram, Pinterest, and Twitter.