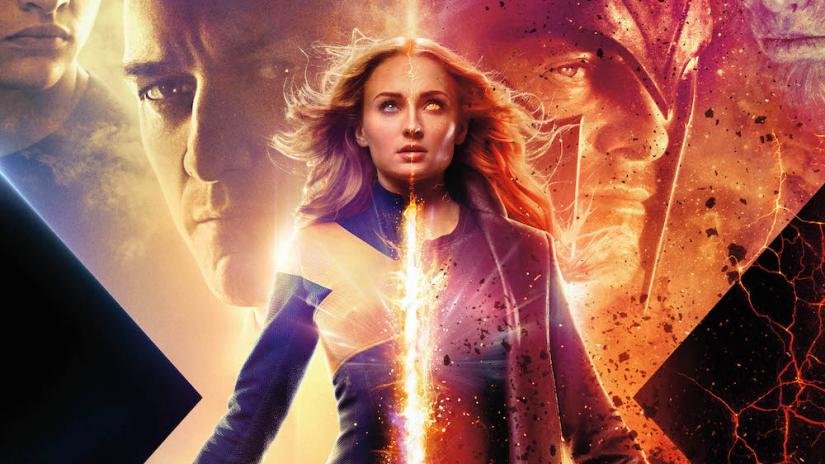 A young girl loses her parents in a car accident and is raised by Professor Charles Xavier because of her special mutant abilities.  She struggles to understand her powers and who she is.

Marvel attempts to connect former movies and their loose ends in the X-Men franchise with this grand finale.  Unfortunately, as a finale, it’s not as grand as fans hoped it would be, especially considering they spent $200 million to make this film.  The marketing and build-up were sparse at best when you compare them to the recent grand slam finish of Marvel’s The Avengers franchise.  Technically, there will still be more spin-offs in the X-Men franchise, but this is the last of the team movies.

The acting is the strength of this sequel, while the script and pacing are a disappointment.  The lovely Sophie Turner is added into the X-Men world and does great job as Jean Grey/Phoenix.  Her eyes are so beautiful, perfect for a mesmerizing X-Men character, right?  Jessica Chastain also graces the Big Screen with an interesting character, but sadly, her story moved slowly and ineptly.  James McAvoy is back as Professor Xavier, looking more like the Patrick Stewart version of the X-Men leader we all know and love.  James McAvoy is one of the best actors in Hollywood right now, so it was disappointing that he didn’t get to show us how truly talented he is in this story.  This is the first X-Men movie where we don’t get to see the awesome Hugh Jackman in his role as Logan/Wolverine.

Hans Zimmer had already decided to retire from composing music for superhero movies, but newbie director Simon Kinberg talked him into doing one more in order to work on this film.  What a great win for Kinberg’s directorial debut, although he did do work on Fantastic Four and some other films.  You can tell that there were some completely new reshoots because those scenes actually look like they’re from a different movie.  Kinberg will surely learn from his mistakes with this movie, but it’s too bad X-Men fans didn’t get a better farewell flick.  We’re so used to seeing truly amazing movies nowadays that this one felt boring in comparison.

Some of the CGI and action sequences are well done, while other scenes look pretty low-budget.  Most of the characters don’t have very much to do other than remind us that we never got their origin stories or had time to really get to know them.  There was no build-up or fun tension leading to the romantic part of the story.  Details are simply left out or don’t make sense in this sequel.

You definitely need to have seen prior movies in this franchise to understand what’s going on.  It’s not really a stand-alone film and certainly won’t garner any new fans.  There isn’t very much humor, unless you decide to laugh every single time one of the characters in the movie yells, “Jean!”  Then it’s almost non-stop chuckles.  Considering it’s a superhero movie, hardly anyone uses their special powers.  Some aspects of the film don’t seem well thought out.  For example, why does Kurt Wagner/Nightcrawler need a helmet in space but no one else does?  A bigger example is no one really refers to the name “Phoenix.”  Strange, considering that’s the name of the movie, eh?

There is a scary car accident scene at the beginning of the movie.  Have you noticed that a family drive never ends well in a superhero movie?  As you can imagine, there is a LOT of fighting and destruction.  Some people die.  There aren’t any spooky monsters, just a lot of mutants wandering around and getting mad at each other.

The movie begins with a woman’s voice who asks, “Who are we? Are we simply what others want us to be?  Are we destined to a fate beyond our control or can we evolve, become something more?”  Those are all good questions worth a conversation after you watch the movie.  The gospel of Jesus Christ provides many answers to calm our heart and direct our path.

Another theme of the movie is the desire we all have to be loved and accepted.  Friendships and loyalty are tested in the story, but Professor Charles Xavier reminds us when he confirms, “There’s still hope.”  When we have Jesus Christ in our lives, there is no challenge too hard, nor pain too great that the Savior can’t help us with.  There is always hope for a brighter day.  We can become something more!

By Benjamin Satterfield and Angel Lybbert

In This There Is Safety and Peace