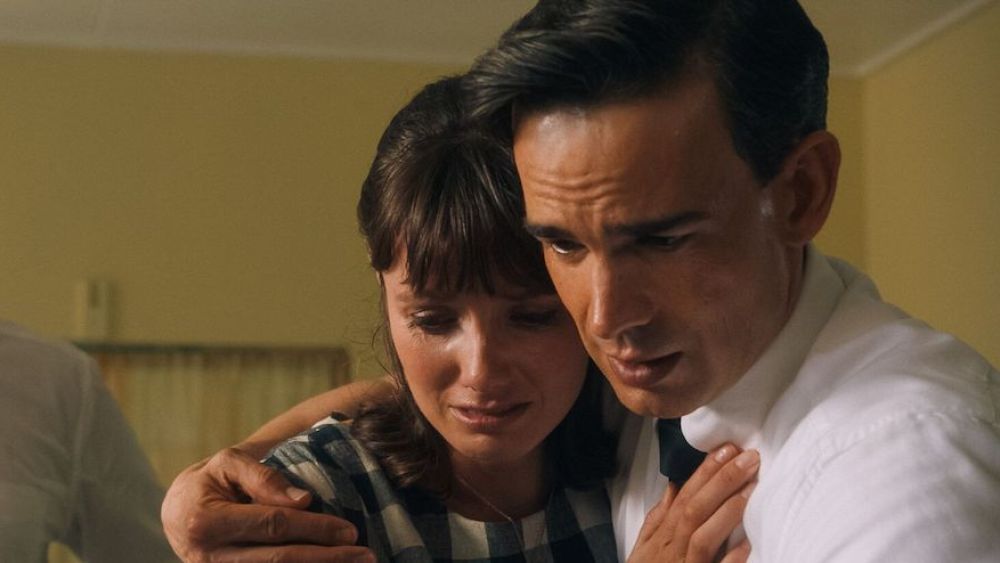 Latter-day Saint Movie Review: The Long-Awaited Sequel to “The Other Side of Heaven”

Brought to you by BYU TV and Kolipoki Pictures, this Two Roads film is based on a true story and the missionary efforts of Elder John H. Groberg.  If you saw the first movie The Other Side of Heaven, you will remember the sweet spirit of the storytelling and the heart of the beautiful Tongan people.  This sequel takes place 10 years after the original movie and is a heartwarming reunion with more inspiration and miracles.  You don’t need to have seen the first movie, but it certainly helps in order to appreciate the history and significance of some of the relationships.  Be sure to check out the Movie Review Mom YouTube channel for an interview with director Mitch Davis later this week!

The film is filled with lessons for us to learn, and not just for “Mormons.”  While the movie will have special meaning for members of the Church of Jesus Christ of Latter-day Saints, everyone can enjoy it and be touched by it.  As we’re told in this movie, if you wait long enough, all stories have happy endings.

Bring tissues.  I was a weepy mess.

Some Christian movies are heavy-handed and even cheesy at times, but this one will fill your soul and make you feel.  Some reviewers have criticized the acting and music as being overly melodramatic.  That is true at times, although I thought the music was noticeably good.  The production value of the film is very good.  The film was made in Fiji because the tax rebate to film there was 47 percent.  There is one scene, however, when some people are in a boat and it looks like a crew is throwing buckets of water onto the actors on the bow of the ship.  There is some humor, which is always appreciated.  Abigail, the goat, in a dress…totally adorable

Christopher Gorham is absolutely fantastic.  He reminds me of Chris Evans’ goodness as Captain America.  Director Mitch Davis chose Christopher because “he has a very gentle soul.”  He learned to speak Tongan very well in the first movie and his speech coach said his accent was perfect.  I loved hearing the Tongan people sing often in the movie.  You will love this soundtrack Voices from the Other Side of Heaven 2: Tongan Sacred Hymns  Did you know that he is a trained auctioneer like his grandfather?

When they were interviewing actors to play Thomas S. Monson, the moment they first saw Russell Dixon, they knew he was the right man for the job.  After the real Thomas S. Monson watched the first The Other Side of Heaven movie in 2001, he immediately asked, “When are you going to make the second movie?”  John Groberg said to director Mitch Davis, “I’m not getting any younger and neither are you, so it’s time!”  Viewers who aren’t Mormons probably won’t appreciate the significance of Thomas S. Monson in many scenes, other than to recognize him as Elder Groberg’s “boss.”  Members of the Church of Jesus Christ of Latter-day Saints will be tickled by his remarkable similarities to the man who later became the much-loved president of the church.  There’s a gross scene where Thomas S. Monson stomps on cockroaches with some children.  Ick.  It’s used to illustrate his playfulness and rapport with children.

It’s too bad Anne Hathaway wasn’t able to return to her role in this project. It would have been great to see her continue the story.  When she starred in The Other Side of Heaven, she was a new actress, but now that she’s a big Academy Award-winning movie star, her fee was too much for this budget.  The actress who replaced her in this movie is Natalie Medlock from New Zealand.

I always love it when you get to see pictures and video of the real people of a true story in movies.  You get to see a lot of that during the rolling credits, as well as a photo update of the principle “characters” in the movie.

The funeral scene was touching and heartbreaking.  The moment that really got me to tear up was after the storm when Nancy yelled, “Hoorah for Israel!”  From then on, I went through quite a few tissues until the end of the movie.

Movie Review Mom:  Trina Boice teaches for BYU-I and is an author of 29 books.  Check out more of her reviews at www.MovieReviewMom.com and on her YouTube channel. You can hear her podcast “Daily Inspirational Quotes Hosted by Trina” on Amazon Echo devices and the Volley FM app on your iPhone.  She created www.LifelongLearningEducation.com where you can take several online courses for personal and professional development.  Because she is a popular speaker in China and loves to travel around the world, she created www.EmptyNestTravelHacker.com  You can see all of her books and win prizes at www.TrinasBooks.com  You can also find @TrinaBoice on Facebook, Instagram, Pinterest, and Twitter.

I have not talked to anyone that has seen it, that hasn't enthusiastically liked it. So much better than the current Spiderman movie. John Groberg is a real hero, not a comic book creation. Please support films with great morals and messages or there won't be anymore to see in the future. Tell your friends, no, take your friends.

This is a great movie that should be seen by every Latter-day Saint and anybody who wants to have a beautiful emotional experience. I was fortunate enough to organised a private screening of this on June 29th with over a hundred in attendance. Everyone that I spoke to after said that they really enjoyed the movie and said they would love to see other inspiring movies in the future. In other churches the leaders encourage their members to attend christian themed movies. My wish is that members will support this and other well made movies without "being commanded in all things".