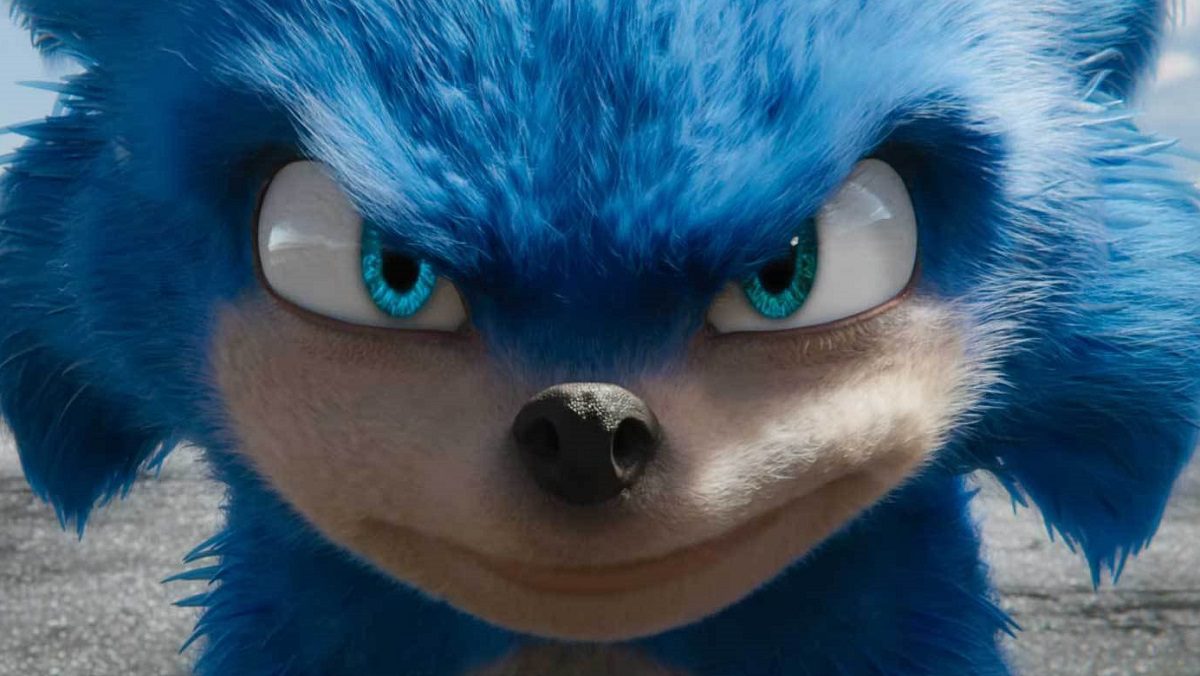 Super fun. Supersonic!  The popular, blue hedgehog is back!  SONIC THE HEDGEHOG is a live-action comedy adventure based on the video game franchise from Sega. I was pleasantly surprised because this fun family film is much better than I expected it to be.  Movies based on video games are notoriously bad, so I’m happy to announce that this one breaks that unfortunate mold!  The design team for this movie seems to really know and love Sonic, carefully including lots of details that Sonic fans will enjoy.

I watched the movie with a guy who does video game reviews on YouTube named Lynn Hunsaker, so I was really curious to see what he was going to think of the movie. When I asked him what he was hoping to see in the film before it started, he said he really wanted to hear the famous name yelled out like in the video game: Sega!  Sadly, they didn’t do that.  Even still, after the movie, his one word to describe the movie was “Phenomenal!”  That’s a really strong recommendation from a gamer!  The good news is that you don’t have to be familiar with any of the Sonic video games to be completely entertained.

Mega fans and the original designer of Sonic (Naoto Ohshima) absolutely hated the way Sonic looked in the first trailer that was released last year. Because of their outrage, a new design was created for Sonic, and the film’s release was postponed until this Valentine’s Day weekend.

The movie doesn’t use any of the current cast from the Sonic video games that have been used since 2010 at Studiopolis.  That’s unfortunate; however, the cast is really great.  After a long list of A-list actors were considered to voice Sonic, the winner for the role was chosen: Ben Schwartz.  He does a great job with the voice and keeps the energy up throughout the entire film.  James Marsden is charming as ever, as we saw him in Enchanted and Hairspray (2007) when they both hit theaters the same year.  This is actually his third live action/animation hybrid film, along with Hop  He’s really good at acting to CGI characters, which is probably why he was selected to play the leading human role.

Rumor has it that Jim Carrey wanted to be in this movie because his daughter has been a big fan of the SONIC video games for years.  He’s described by Sonic as a “mad man with a mustache from the Civil War.”  My video gamer friend told me that Dr. Robotnik is supposed to be very serious and bad, so he didn’t like Jim Carrey’s comic spin on the role, but I liked it.  Rather than playing a one-note villain, Jim Carrey brings some backstory motivation to his character that is entertaining and allows him to go “all in” in classic Jim Carrey style. You’ll also think his villain gloves and gadgets were super cool.  The visual effects team, Blur Studio, did a really great job with CGI.

Sonic as an alien creature is truly fun, playful, and engaging. You get to see him when he was a little kid, as well as when his furry body gets all wet, both adorable.  I loved the scene with Sonic and the turtle at the beginning of the movie.  For Sonic fans, there are some respectful nods to the video game, like talk of flying eggs, and lots of other hidden Easter eggs. Lots of physical comedy.  Parents and kids laughed every time Sonic “flossed.” There is a lot of humor for adults and kids with witty dialogue.  Tim Miller, who made the first Deadpool movie, is a producer in this film, so some people are calling this new SONIC film a type of Deadpool movie for kids because of the snarky, edgy humor, and breaking of the fourth wall.  In movie terms, the “fourth wall” is when a character in the movie sees and talks to the audience.  Sonic is the narrator of his own movie, which makes for some humorous observations about humans.

There is a lot of fun, upbeat music that supports what is happening on screen very well.  Some movies have musical scores that often compete with or overpower what is happening or they force the audience to feel certain emotions. There are also so many corporate shout-outs to companies that it just feels like a blatant cash grab: Olive Garden, Amazon, Optical Illusions eyewear store, and Comic-Con. There are also shout-outs for movies and actors like Charlotte’s Web (2006) , Men In Black, The Rock, and Vin Diesel.  There’s a funny slow-motion scene in a bar, although some parents question how appropriate it is to even have a scene in a bar in a PG movie. Good point.  That kind of action has been done better in other movies, but you’ll be mostly entertained.  You get to travel around the world to see sites in Paris, Egyptian pyramids, the Great Wall of China, and San Francisco.

Definitely keep watching during the rolling credits at the end of the movie for a fun cameo surprise at about the mid-credit spot.  They turned scenes from the movie into what looked like video game footage during the closing credits.  Cute. Unfortunately, there is nothing else at the very, very end of the credits, so after you see that cameo, you can leave the theater.

Movie Review Mom:  Trina Boice teaches for BYU-I, is an author of 29 books, and a mother of 4 sons.  You can read more of her reviews at www.MovieReviewMom.com  and her Movie Review Mom YouTube channel. You can hear her podcast “Daily Inspirational Quotes Hosted by Trina” on Amazon Echo devices and everywhere else podcasts are streamed.  She founded an online school and continues to create courses at www.LifelongLearningEducation.com  She coaches writers to become best-selling authors at www.FromBook2Business.com  You can also find @TrinaBoice on Facebook, Instagram, Pinterest, and Twitter.

Seven Patterns of Prayer from the Prophet Joseph

Discovering the Word of Wisdom: Wholesome Herbs and Every Fruit