Latter-day Saint Fiction: Some of Everything | Meridian Magazine 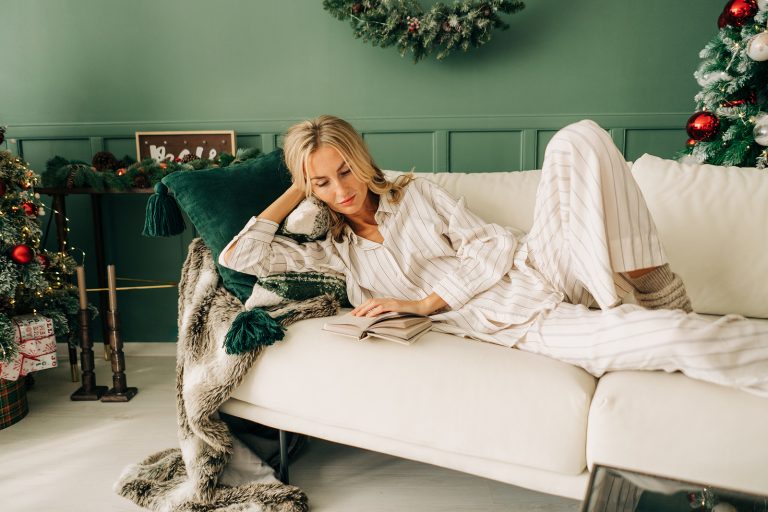 Latter-day Saint Fiction: Some of Everything

Christmas is getting near and many items are scarce on the store shelves. Many books are still available and these three December releases will thrill the hearts of readers. Each is a different genre and style. A.L Sowards’ Of Daggers and Deception is a great Historical novel, but is also an outstanding Suspense novel. For those of us with a soft spot for Westerns, give For the Love of Lone Wolf by Deborah L. Reeves a try. Both also have low key romance elements. And speaking of Romance, there’s a new Regency Romance out this month, An Accidental Romance by Karen Tuft. Any of the three will make fine gifts or a treat for yourself as you take a break from the hustle and bustle of holiday preparations.

OF DAGGERS AND DECEPTION by A.L. Sowards

A.L. Sowards is well known for her precise and knowledgeable war novels, most highlighting traumatic incidences related to World War II. Of Daggers and Deception is also a military novel, but is distinctly different from her others. This one takes the reader back seven centuries to 1390 and the warring factions formed by the various city-states that competed for dominance over the area encompassed today by Greece.

Rasheed, who was disowned by his family when he turned to Christianity, spent years as a soldier and a mercenary. After a serious leg wound he settles down in Thebes with his two best friends, a married couple, Gillen and Eudocia, to run a bathhouse. One day a group of Venetians including a beautiful, young woman show up and attempt to hire all three, but they refuse the offer. That night the bathhouse is attacked and Eudocia is taken hostage. They then join forces with the Venetians to pursue the attackers who not only stole Eudocia, but took the man betrothed to the one woman in the Venetian party, Cecilia. Rasheed and some of his friends and employees join the Venetians to pursue and reclaim the kidnap victims. Rasheed and Cecelia form an unusual alliance, but can they trust each other? And what are the terrible choices they are forced to make?

In spite of the large number of foreign words used in this story, it is an exceptionally well written book. Not only does it provide an exciting, action filled read, but it explores some of the religious conflicts between Christianity and Islam, family bonds, women’s role during that period of history, questions of national loyalty, and even provides views of long standing and developing romances.

The characters are strong and believable. The background is handled very well and gives a rich picture of a time most of us cannot quite picture on our own. The plot is exciting and builds well to a few minor climaxes, some disappointments, and a great denouement. Once started this book is a hard one to put down.

A.L. Sowards lives in Alaska with her husband and three children. She has received numerous prestigious awards and nominations for her historical novels which span from the fourteenth to the twentieth centuries.

OF DAGGERS AND DECEPTION (Ducy of Athens Series) by A. L. Sowards, Published by Covenant Communications, Inc., soft cover 264 Pages, $16.99. Also available in Audio CD and for eReaders.

FOR THE LOVE OF LONE WOLF by Deborah L. Reeves

When Rosalynn McAllister receives a letter from her greedy, selfish sister, Susan, she thinks her sister may have changed. The letter is an invitation for her, her two children, and an aunt to move to Minnesota and make their home on the farm owned by Susan’s husband, Mike. Rosalynn is happy to be given a chance to leave the community where she is snubbed and looked down on for divorcing her abusive husband. When she reaches Minnesota she is surprised to discover her sister is not there, her husband is dead, and the local minister is caring for Susan’s two children. She is also shocked to learn Susan’s half breed brother-in-law, Lone Wolf, owns the farm.

Lone Wolf has cause to be leery of Rosalynn. As a Lakota Sioux Indian, he hasn’t been treated well by many white people, including her sister, Susan. He agrees to allow her, the aunt, and her children to stay in the ranch house while he lives in an old cabin. As they get to know each other they begin to have feelings for each other, but don’t pursue those feelings until a judge makes marriage between the two a condition for either or both to obtain custody of Susan’s children. Not only is their platonic marriage moving toward something more than friendship, but their world is upset when Lone Wolf is accused of murdering his brother and a series of attacks by an unknown place their lives in danger.

For the Love of Lone Wolf is a rewrite of Reeves’s earlier book, Under a Lakota Moon, and fits in well with the current efforts of many to erase racial bigotry. The story is absorbing and paints a vivid picture of the western expansion of the United States and the difficulty involved in combining different cultures. The characters are interesting and face multiple problems, some of which they handle better than others. The pace of the story is handled well and the ending, though mostly handled well, isn’t completely satisfying.

An Accidental Romance by Karen Tuft

An Accidental Romance by Karen Tuft is a light, easy read for Regency Romance fans. It begins with an accident. Think of a double meaning for accident. Rebecca Jennings takes a shortcut through the new neighbor’s field, is startled by a sudden voice, trips on the style separating the two properties, and breaks her ankle. Through this accident, she accidently meets her new neighbor, Ben Fortescue. He gallantly carries her home, beginning a friendship he isn’t sure he’s ready for. The accident also ends Rebecca’s plans to accompany her sister to London for her first Season.

Ben isn’t a plain “Mister” but an Earl, a title he is at pains to keep secret. He is approaching the end of a year’s mourning for his wife who died in childbirth. His marriage was a disaster, and he truly isn’t sorry it is over. He is aware the child isn’t even really his, but has no desire for anyone else to know. He finds himself caring for Rebecca and he feels responsible for her broken ankle and missed Season. After his unhappy first marriage how can he believe love is real? And can he share his painful past with the young woman he caused so much pain?

The characters are portrayed well. Their dilemma is one that the reader can sympathize with and Tuft has drawn them well to suit the Regency time period. The action progresses in a timely fashion with all of the balls, class status, large homes with servants, fashions, etc., identified with this type of story. The ending is predictable as expected for this genre.

Karen Tuft is a wife, mother, grandmother, musician, and is involved with numerous theater productions. She attended both BYU and the University of Utah.