Latter-day Saint Fiction: In a Century Past | Meridian Magazine 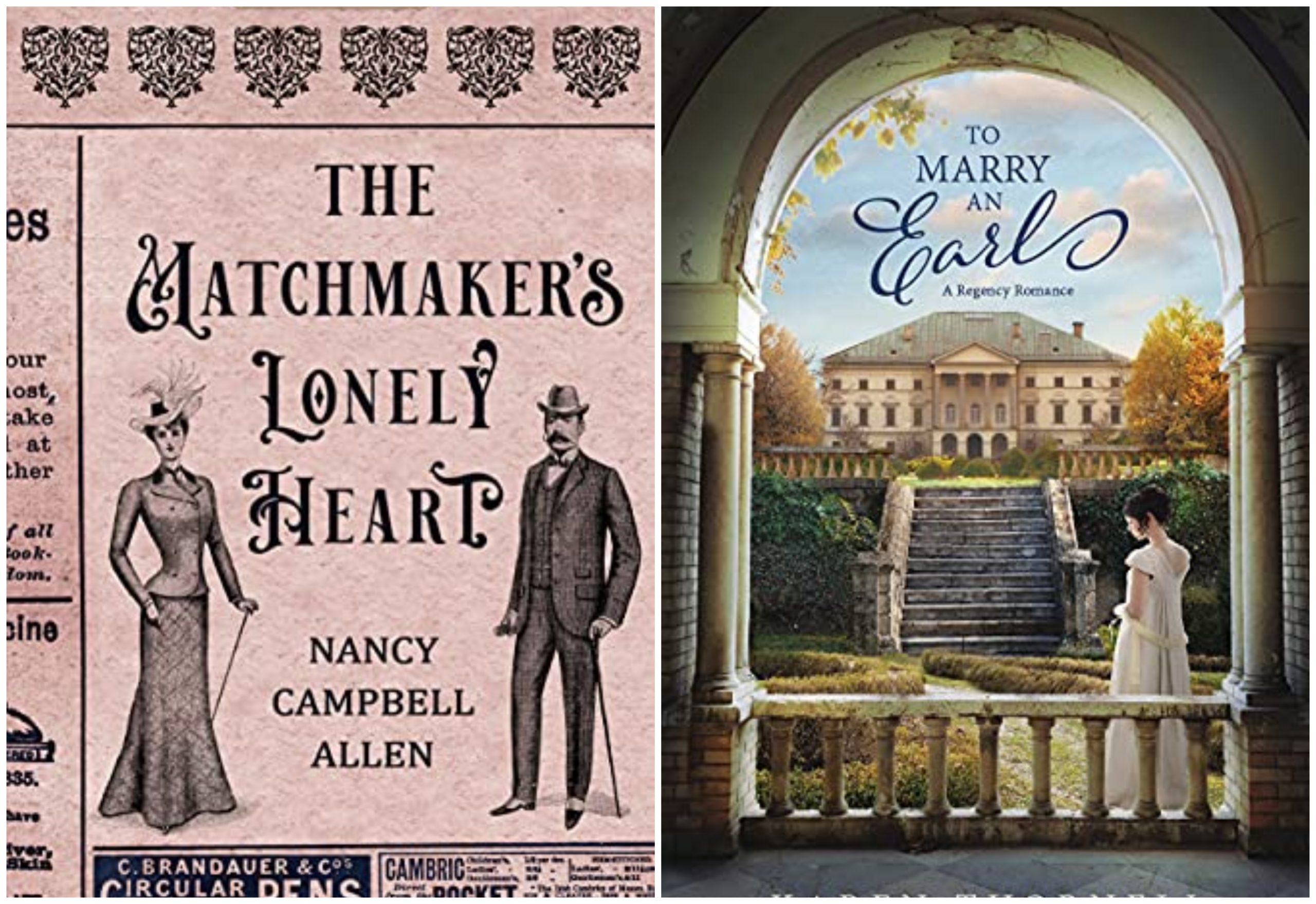 Latter-day Saint Fiction: In a Century Past

Social rules have come a long way since daughters and wives were considered property and had little say in marriage or other aspects of their lives. Here are a couple of novels that take the reader back to a time when a young lady had to be very clever or have a forward-thinking man in her life to achieve her dreams.

Nancy Campbell Allen has become known for her Steampunk novels, but she writes other genres as well. Her newest novel The Matchmaker’s Lonely Heart just may be her best novel yet and it’s a Victorian Romance. It begins with a young woman, Amelie Hampton, who answers lonely hearts letters for The Marriage Gazette. One night as she leaves work, she decides to observe an arranged date between two of her letter writers. She is surprised to discover the man is someone she knows, Harold Radcliffe, a widower who attends Amelie’s book club. He is also a gentleman she has a crush on.

Michael Baker is a police detective and a confirmed bachelor. When he discovers Amelie spying on a man he suspects of murdering his wife, he follows her. Their meeting doesn’t go well, but it starts a combined search for the truth. She doesn’t believe handsome, socially suave Harold could have possibly murdered his wife while he suspects the dead wife pulled from the river didn’t fall in by accident. As they work together to solve the case, he appreciates her social connections and quick mind. She appreciates the opportunity to use her mind and to be taken seriously. It soon becomes obvious to both of them that Mr. Radcliffe isn’t the upstanding citizen he pretends to be and he’s hiding more than one secret.

Together Amelie and Michael make a good team. Could they succeed as partners in something greater than crime solving?

The Victorian age, late 1800s to early 1900s, was the beginning of the end for the tight social views that limited women’s position in both society and the workplace. It was also a time associated with both prudishness and new ideas. Many class distinctions still held sway from the Regency era while a new middle class was attaining growth and acceptance. Allen has done an excellent job of depicting this changing social period. Her characters are well-developed and realistic. The setting and background are handled well and the plot progresses at a rapid and enjoyable rate. The Matchmaker’s Lonely Heart is part Mystery, part Romance, and a lot of fun.

Nancy Campbell Allen has published an impressive list of novels in a variety of genres, several of which have earned her awards. She and her husband live in Utah and they are the parents of three children. She has a degree in elementary education and a love of history.

TO MARRY AN EARL by Karen Thornell

Katherine Cartwright has no interest in getting married. After years of emotional abuse from her drunken father and neglect from a seemingly disinterested mother, she just wants to come of age and escape to a solitary life as a governess or maid. For two seasons she manages to avoid marriage, but before her third season her father decides to marry her off to the highest bidder to pay off his gambling debts. A deal is struck and she is to become the bride of an earl she knows nothing about. She is shipped off to the earl’s estate to await the wedding which is set for a few weeks hence, only long enough for the posting of banns.

James Fenwick is the new Earl of Bowcott. When he learns of Katherine’s father’s plan, he is outraged and makes an offer her father is happy to accept. Unknown to Katherine or her father he was a neighbor and playmate of Katherine when he and Katherine were children, one her father disapproved of because of his lack of title or fortune. He and is family left the area abruptly and unexpectedly without telling her goodbye. His circumstances changed abruptly years later when a distant relative died and he was found to be the closest heir to a title and vast estate. Now he wants to help the little girl he never forgot. Their reintroduction is awkward and filled with lies, false assumptions, and pending pressure. Can he gain forgiveness for the many secrets kept from his bride-to-be? Can she be convinced there really is a thing called love? And has he underestimated the threat posed by a cousin and his mother who believe the cousin should have been named the new earl?

Katherine and James are both likable characters readers will cheer for. They aren’t prepared for the awkward position they find themselves placed in, but they make stumbling efforts to do what is right. Sometimes their efforts border on avoidance which simply leads to more problems. It’s easy to forgive her mother for her aloof manner, considering the abusive marriage she has suffered through since she was little more than a child herself. Her father is another matter. His atrocious attitude and disregard for others is portrayed realistically. Other minor characters are handled well. The story is well written with a well-researched historical background and attention to the societal mores of the time period. It slows down a little toward the climax and I grew a little tired of James’s hesitancy to be completely honest with Katherine and his reluctance to take the initiative. However, the ending is satisfying and exciting.

Karen Thornell lives in Utah with her husband and kids. This is her second full length novel.