Latter-day Saint Fiction: A Step Into Another Time | Meridian Magazine 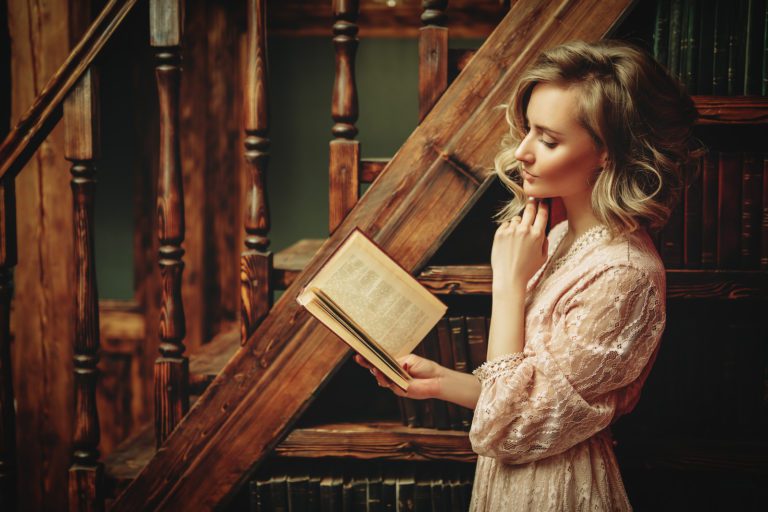 Latter-day Saint Fiction: A Step Into Another Time

Jen Geigle Johnson takes readers back to the Post Regency era in her new book A Lady’s Maid for a glimpse of the beginnings of women’s suffrage, a lessening of the class system, and efforts to establish child labor laws. Laura Beers splits her time with the introduction of a new time travel series starting with An Unlikely Suitor.

A Lady’s Maid  by Jen Geigle Johnson is a Historical Romance dealing with women’s suffrage and child labor laws in the 1830s in England. It is more political and cause oriented than romantic, though a steady romantic thread runs through it. The story is also told from multiple points of view with more than the usual two leading characters’ stories told. It is a follow up to The Nobleman’s Daughter and continues the stories of the characters introduced in that book. Johnson has made a great effort to be historically accurate in the details and back ground of this story.

Molly O’Malley is lady’s maid to Lady Amanda Halloway. The two women privately have a relationship closer to best friends than employer and employee. Both are actively involved in a women’s suffrage group. Both survived the Peterloo Massacre where Molly’s fiancé was killed. In spite of that painful experience both continue their work toward gaining the vote for women and child labor protection laws. A trip to an orphanage sponsored by the Halloways results in Molly and the lady’s maid of one of Lady Amanda’s friends being abducted. They come face to face with the worst of mankind and witness the horror faced by women and children living in depraved conditions and under the complete control of an evil slum boss.

Thomas Flaherty, a footman in the Halloway household, has loved Molly for a long time. He and Lord Halloway organize search parties to locate the missing maids. Even when a positive result seems impossible they refuse to give up.

Friends of the Halloways, Lady Chloe and Lord Annesley become involved in the suffrage movement; Lady Chloe because of her friendship with Lady Amanda and Lord Annesley, a former British spy, because he is blackmailed by the prime minister  to spy on the group. Annesley is soon caught up in a difficult situation when he develops strong feelings for Lady Chloe and the cause she supports while his father’s gambling debts have made him beholden to a powerful man who objects to women voting and to curtailing child labor in any way.

The characters are well portrayed as strong  people, hampered somewhat by social restrictions still lingering from the Regency period, yet prepared to set aside those restrictions in favor of gaining greater equality between the classes and between the sexes. Along with establishing a strong background for the story, Johnson has juggled two romances and the viewpoints of half a dozen characters. She established a firm view of the events leading up to greater recognition of all men’s agency, the beginning of child labor laws that saved very young children from horrible deaths and led to later age restrictions concerning employment, and laid the groundwork for women’s suffrage. The plot moves quickly and though some aspects of the conclusion may not be all the reader may desire due to historical accuracy, it is exciting and satisfying.

Jen Geigle Johnson is an award winning author specializing in history. She also is the mother of six children who keep her current with today’s world.

AN UNLIKELY SUITOR by Laura Beers

Known for her Regency Spy stories, Laura Beers branches out in a slightly new direction with two time travel novels in a new series, Twickenham Time Travel Romances. The series starts with An Unexpected Gentleman then tells Peyton Turner’s story in the most recent volume, An Unlikely Suitor.

Peyton Turner is a modern young woman who has worked hard and sacrificed greatly to achieve her goal of becoming a lawyer. She has been accepted into a prestigious law school and is looking forward to exploring the Yale campus when she receives an unexpected surprise, an opportunity to visit an ancient estate in England. While at the estate she has a strange experience when she stares into a portrait that appears to be of herself. Suddenly she finds herself in the same place, but in a different time period; 1813. She soon learns that at the next full moon she can return to her own time and is anxious to do so, but then she meets John, the Marquess of Wessen and her whole world is turned  upside down.

John is a very proper Englishman. He carries an old, respected title and is highly sought after by the debutants of the time. He is well aware the young women seeking to attract his attention are more enamored by his title and wealth than him personally, though he is an attractive young man. He finds himself drawn to the strange, young American woman whom he first suspects of being an American spy since their two countries are at war. He is soon convinced she isn’t a spy, but isn’t certain being an American accounts for her strange ways. Her social skills are a disaster, a situation he feels certain his mother can correct. When she confesses to being a time traveler, he suspects she may be a bit insane, but he loves her anyway.

Can two people from very different ways of life and different time periods find love and happiness together? In which time period would such a couple choose to live? Can Peyton give up her dream of becoming an attorney? Could John find happiness with a woman who doesn’t conform to the expectations of his social position and responsibilities?

Both time periods are handled well and the dilemmas faced by the pair are convincing. The characters are interesting and represent well the distinctly different time periods.  Beers has a distinctive, fun writing style. My only criticism of the book is the cover, which I don’t personally care for. That red dress is atrocious.

Laura Beers was born in Southern California. She received a Bachelor of Science degree from Brigham Young University. She and her family currently live in South Carolina.

What a beautiful review of A Lady's Maid. Thank you.

I agree about the cover. I would have passed with book by with a glance without your review.