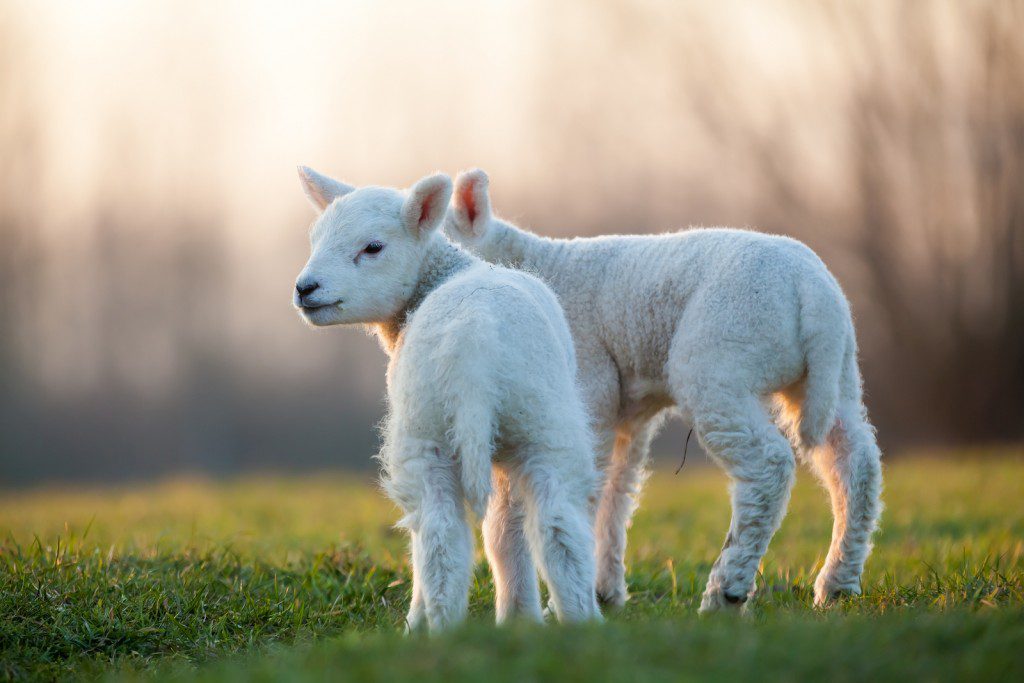 The spring after I finished college, I was determined to spend more time with my little girls enjoying the farm life we had chosen. As I was outside one evening, I could see the lights of the lambing sheds in the distance, where the sheep herders worked around the clock helping the ewes birth their lambs. That gave me an idea.

“Annicka and Celese, would you like to have baby lambs?” I asked my three-and four-year-old daughters. They never said yes directly, but their immediate squealing did. “I’m not promising anything until I talk to the men at the sheep camp,” I told them. “I will go over there on Saturday.”

I truly didn’t plan to check about getting lambs until the weekend, but that night after I mentioned it, we could hardly get the girls to go to bed. They were far too excited. And it wasn’t even six o’clock in the morning when they came bouncing into our room, waking us to ask if it was Saturday yet.

My wife, Donna, drowsily told me she thought it would be a good idea if I went over to the sheep sheds right away. Since we were already awake, I prepared to go to work. Right after breakfast, I drove to the sheep sheds, knowing they usually had someone on a shift around the clock. In this I wasn’t disappointed. When I stepped inside, there were two men working there. I approached the first one and asked if they had any bum lambs.

Lambs can obviously be orphaned if the mother dies. However, a lamb can also be orphaned if a ewe has more than two lambs. Her natural instinct is to push the extra ones away to insure the survival of the two she chooses to keep. Usually the ones shoved away are the smallest. Lambs without a mother to take care of them are called bum lambs, and they can be fed on bottles. But most of the time the men are too busy to feed them, so the lambs don’t make it.

The man I talked to said he was sure they would have some lambs I could have if I wanted to stop by after work. I made the mistake of calling Donna and telling her the news. She told the girls, and they drove her crazy the rest of the day.

I stopped at the farm store on my way home and got some milk replacer and some bottle nipples to fit on the end of pop bottles. I found a box in a dumpster, and then drove to the lambing sheds. I was given two cute lambs that hadn’t eaten for most of the day. I put them in the box in the front of my pickup and headed home.

When I got home, the minute Celese heard my door slam, she was there to look in the back of my pickup. Not seeing anything, her little eyes filled with tears. “Daddy, I mad at you.”

I opened the pickup door, and instantly, the baaing of the hungry lambs could be heard. Immediately, she and Annicka were by my side. Soon they were each carrying a squirming lamb into the house to show their mother.

They wanted to play with the lambs, but I knew they needed food first. Donna mixed up some milk while I got the bottles ready. I funneled milk into each pop bottle and then put the nipples on. I tried to convince my daughters that I needed to feed the lambs until they got used to the bottles, but my daughters thought I was just being selfish. I finally gave up and handed them the bottles.

But a lamb, though small, is really strong, and when the lambs couldn’t figure out how to get milk from the bottle, they bunted my daughters, knocking them down. Then the lambs sucked on their clothes, trying get the milk that had spilled on them. Finally, Celese handed me her lamb’s bottle and turned to convince her younger sister to do the same.

Thank you so much for an excellent article. It brought to mind such fond memories of being raised on the farm where my Father raised sheep, and, over the years, we fed many bum lambs, and yes, they can bunt hard. When my daughter was in the first grade, we had a bum lamb for her to feed, which she called "Bambi". It would follow her all over the yard just like a dog. One day when she was walking out to the school bus, the lamb sneaked out the gate, when she left, and tried to climb up the steps of the bus (not too sure that the driver was impressed) The lamb was just "Following her to school, one day". Every spring I look forward to seeing the new lambs at our neighbours as it always brings back wonderful memories of helping my Dad with the sheep.

What a great beginning to a story! My friend raised a bum black lamb. She had eight children, and the lamb became her baby, following her around the house. She gave it a diaper, and had that lamb with her in the bathroom, in the kitchen, doing the laundry and riding around in the van on errands and kid delivery and pickup. I would love to hear more about your lamb story.