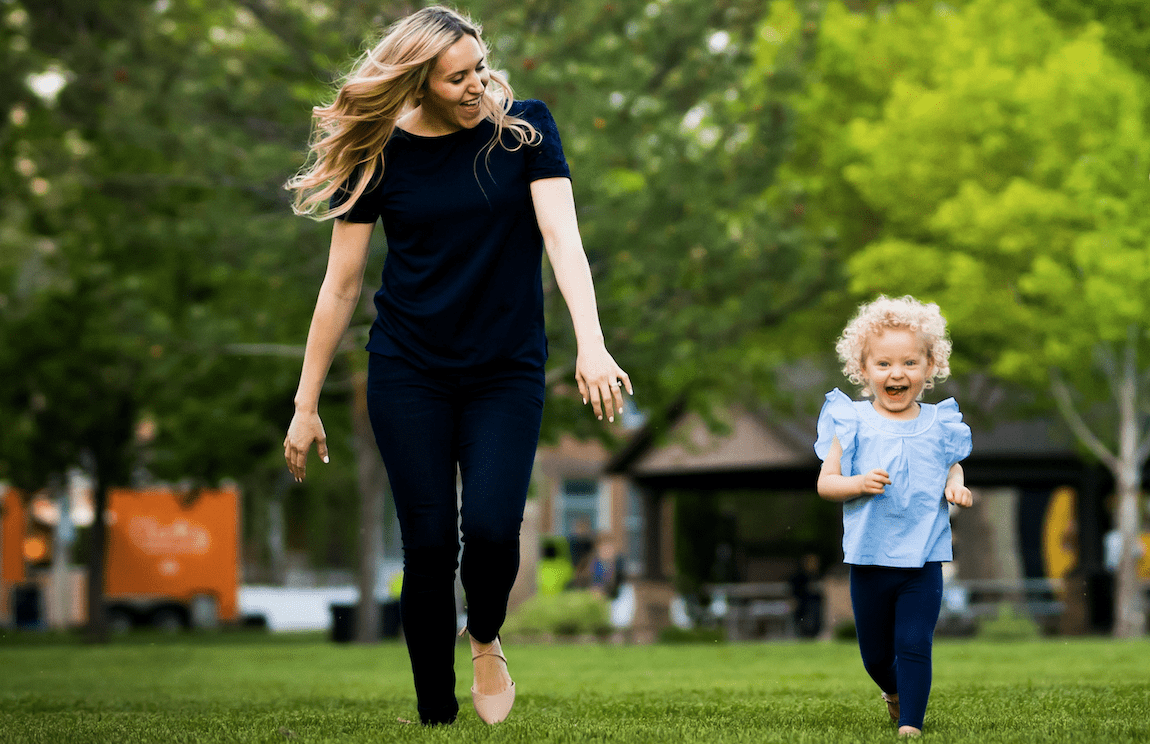 A new parenting study led by BYU professor Ali Crandall finds that the greater emotional control and problem-solving abilities a mother has, the less likely her children will develop behavioral problems, such as throwing tantrums or fighting.

“When you lose control of your life, that impacts how you parent,” said Crandall, an assistant professor of public health. “That chaos both directly and indirectly influences your child’s behavior.”

For the study, newly published in academic journal Family Relations, Crandall and co-authors at Johns Hopkins University and Virginia Tech collected data from 152 mothers who had children between 3 and 7 years of age. The mothers ranged from 21 to 49 years old; 62 percent were married and nearly one-third had not earned more than a high school diploma.

The mother’s emotional control was measured through a 10-item questionnaire asking how often subjects do things such as “have angry outbursts” or “overreact to small problems.” Executive functioning, or cognitive control, was measured through a series of tasks. Executive functioning is what helps people manage chaos and achieve daily goals, and includes planning, problem solving and directing attention to what is most important.

Once researchers recorded the emotional control and executive functioning levels of the mothers, they then provided a series of questionnaires to identify parenting attitudes, levels of harsh verbal parenting and the amount of conduct problems their children exhibit.

They not only found that mothers who had higher emotional and cognitive control were less likely to report poor child conduct, such as fighting with other children or throwing tantrums when they don’t get what they want, but they also found relationships between a mother’s control abilities and parenting behaviors. For example, mothers with better emotional control were less likely to see their children’s ambiguous behavior in the worst light.

“There are some clear ‘signals’ that our supply of self control is being run down — when we are feeling distracted, irritable, and tired,” said study co-author Kirby Deater-Deckard, professor of psychological and brain sciences at the University of Massachusetts Amherst. “Parents can practice recognizing these signals in themselves when they are occurring, and respond by taking a ‘time out’ if at all possible — just as we might do with our child when we notice these signals in them.”

And while it is fairly difficult for an adult with a fully-developed brain to improve their executive functioning — previous research has shown that the prefrontal cortex of the brain, where executive functioning is housed, is generally developed over the first two to three decades of life — the authors said even small improvements in a few basic areas of life can make a significant difference for parents.

“Getting enough sleep, exercising enough and eating well are all things that impact our executive functioning,” Crandall said. “We should create healthy environments that help us operate at our best.”

Ali Crandall is an expert in family health, executive functioning, adolescent/child well-being and mental health. She earned a Ph.D. in public health from Johns Hopkins University and did a post-doctoral fellow at Emory University’s School of Public Health. She has been faculty in the BYU Department of Public Health since 2015.