Joseph's Study of Hebrew and the Book of Abraham with Matthew J. Grey | Meridian Magazine 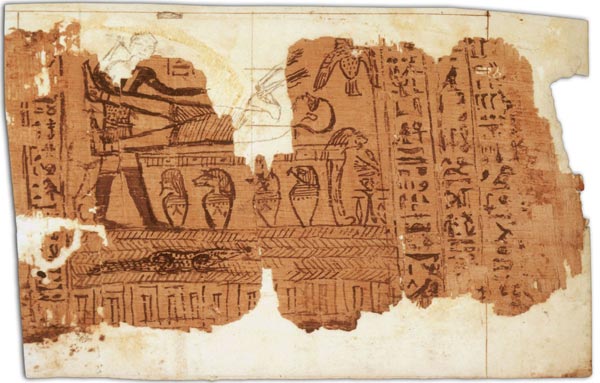 Joseph’s Study of Hebrew and the Book of Abraham with Matthew J. Grey

In the winter of 1836, the Kirtland temple was nearing completion, the Saints were experiencing a period of peace after persecution, and 100 church members enrolled in a seven-week, intensive Hebrew language course. Besides being one of the most ambitious CES endeavors ever, the study of a difficult foreign language seems a bit random considering some of the students lacked even a basic pioneer education.

Matthew Grey has studied this period of history extensively and believes that the Hebrew study was anything but random or casual. Rather it was an outgrowth of the larger translation project that Joseph had begun in the summer of 1835.

A review of church history shows that Joseph purchased scrolls and mummies from Michael Chandler in July 1835. Shortly thereafter he translated what became known as Abraham 1 and Abraham 2 through the use of a seer stone. He then began working on a “Grammer and Alphabet of the Egyptian Language” (GAEL). In the fall, he started looking for a teacher of Hebrew for the Kirtland School. By January, the school committee had hired Joshua Seixas as a Hebrew teacher.

Joshua Seixas had published his own textbook and worksheets that were specifically designed for beginners. In his primer, he used his native Sephardic Hebrew in his transliterations, which varied substantially from the more common Ashkenazi Hebrew spellings. Because of the distinctive Hebrew transliterations in Seixas’s texts, we can trace Joseph’s use of his Hebrew training in succeeding years.

What Grey found in his research is that Joseph used his training at key moments. Traces of Sephardic Hebrew can be found in revelations found in the Doctrine and Covenants, the Book of Abraham, and recorded Nauvoo speeches. For Joseph, there seemed to be no dichotomy between intellectual and spiritual pursuits. Translations were neither purely static nor pure revelation but a mixture of both. He used his intellectual training to unpack theological possibilities by creatively reworking traditional translations. Some of the most distinct Mormon teachings revealed in Nauvoo such as the nature of God, expansions on the plan of salvation, and even verbiage in the temple ritual can be traced to Joseph’s Hebrew studies.

Join Laura Harris Hales as she discusses with Matthew Grey the influence of Joseph’s Hebrew study on his subsequent teachings and the vital piece of the Book of Abraham translation puzzle this new research provides.