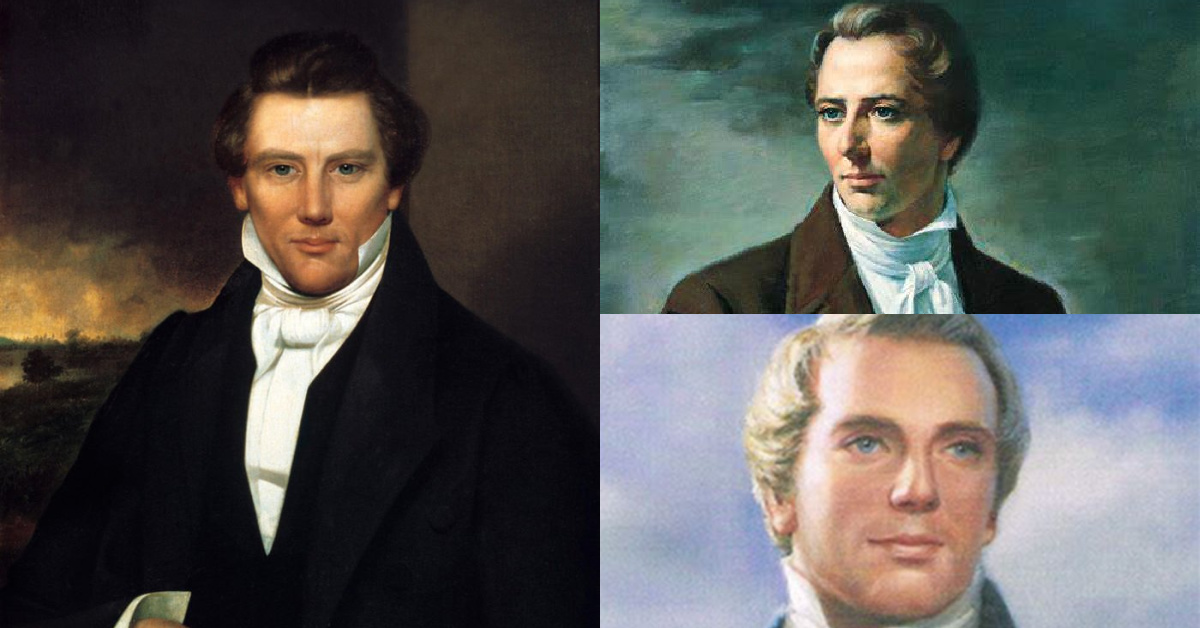 To read Meridian’s article on what previous records and sources could teach us about what Joseph looked like, CLICK HERE.

The following is excerpted from the Religion News Service. To read the full article and SEE THE PHOTOGRAPH, CLICK HERE.

Marooned in their homes, many Americans made the best of the early days of the pandemic by sorting through old boxes of family artifacts. One Saturday morning in March 2020, Dan Larsen and his wife were doing just that when they discovered the world’s only verified photographic image of Mormonism’s founder, Joseph Smith Jr.

Larsen, 79, is a great-great-grandson of Smith, who was killed by a mob near Nauvoo, Illinois, in 1844. Among the effects passed down to Larsen was a pocket watch that bore the initials of his great-grandfather Joseph Smith III, the prophet’s oldest son and founder of the Reorganized Church of Jesus Christ of Latter Day Saints, now called Community of Christ. There was also a second object, a locket that resembled a pocket watch.

When Larsen inherited the locket shortly before his mother’s death in 1992, its finial was bent and he was not able to open it, so he put it away for safekeeping.

While riding out pandemic shutdowns in 2020, he and his wife embarked on a project of sorting through items collected from both sides of their family. “I was a little hesitant” about prying the locket open, Larsen told Religion News Service in a phone interview. But he was soon able to wrest it open and shine a penlight inside.

Expecting to find a watch face, he was stunned to see the face of a man.

“In my mind, there was no question who it was,” Larsen said. He felt sure he was staring into the eyes of Joseph Smith Jr. For years, historians had speculated about the possibility that a photographic image of Joseph Smith was out there somewhere, based on claims various Smith relatives had made, and an advertisement from the 1850s.

Larsen felt certain he’d found such a photo. And because the locket had been closed up tight for decades, protected from light, the image was still remarkably clear.

What followed was more than two years of verification.

To read the full article and SEE THE PHOTOGRAPH, CLICK HERE.