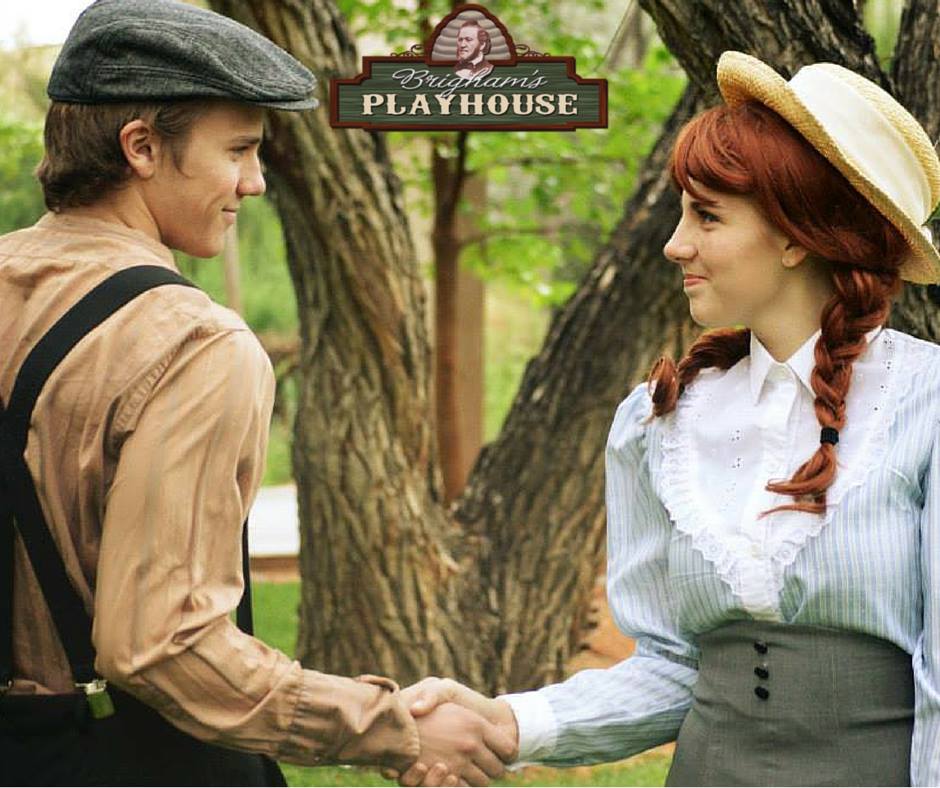 Joseph Smith: Praise to the Man and Anne of Green Gables Delight at Brigham’s Playhouse

If you’ve yet to take in a show at Brigham’s Playhouse in Washington, UT, you’re missing out on one of the state’s most intimate and inspiring theatergoing experiences. The theatre, owned and operated by Brigham Young descendant James Brigham Young, is committed to offering entertainment that is rich in moral instruction and devoid of offensive content. Their two current offerings, the classic Anne of Green Gables and a new musical about the Prophet Joseph Smith, are among the best work they’ve ever done.

I’d never been exposed to Anne of Green Gables. I was aware of the books and movies, but as a boy they’d never been a priority for me. I have to say I was delighted for this to be my first experience with the fiery young orphan. The play is warm, funny, and moving, as Anne moves in with a family that originally wanted a boy, slowly winning their hearts and experiencing the angst and joys of growing up, along with the rush of first love and the sorrow of mourning a loved one. The play covers two different periods in Anne’s life, and both Emma Young and Joy Ellsworth effectively capture the well-rounded character’s humorous hyperbole, fiery temper, fierce intelligence, and earnest compassion. The rest of the cast does fine work as well, conveying genuine affection that carries into the heart of the audience.

Joseph Smith: Praise to the Man is an ambitious new musical, years in the making and something of a passion project for Young, who is offering the play free to the community as a missionary effort. The production follows the life story of the prophet, told by Joseph and his comrades to their jailer in Carthage, from the First Vision through his courtship with Emma, the translation and publication of the Book of Mormon, the organizing of the Church, temple-building and the travails of Kirtland, Far West, and Nauvoo.

Brant Wadsworth is truly excellent as Joseph, capturing the prophet’s humanity and divine calling, with an excellent singing voice to match. The rest of the cast are hit-or-miss, with many admirably juggling multiple roles. The production excels at musical numbers involving the whole cast, while the script admirably tackles often-ignored issues (like the use of seer-stones in a hat, the bank failure and beginning of plural marriage in Kirtland, and the destruction of the Nauvoo Expositor press) head-on. Through it all, the mission of the Restoration, and the central role of Jesus Christ, are never lost.

I was highly impressed with the acting and portrayals of personality given in Anne of Green Gables. Excellent production, as has been every single one of their productions.