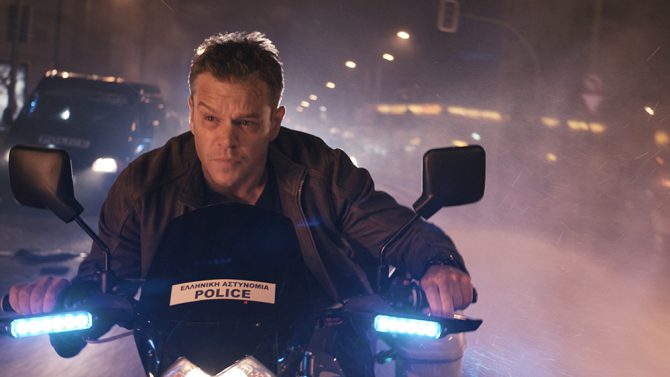 The formerly amnesiac superspy is drawn out by an assassination plot designed to trade freedom for security.

Not a bad film as much as an unnecessary one, Jason Bourne can’t escape feeling like an extended epilogue to the much-better story that proceeded it, despite being well-acted and well-made. Matt Damon continues his solid work in the title role, while Alicia Vikander and Tommy Lee Jones are welcome additions to the franchise. There are several standout action scenes, although with this amount of collateral damage one wonders if the world would have been better off had Bourne simply remained an assassin. Also, the protagonist continues to walk away from incidents (car crashes, beatings) that should have killed him, which clashes with the gritty, realistic tone these movies strive for.

Although it’s polished and entertaining, the script does little to advance its title character (whose arc was completed in the original trilogy). What’s more, returning director Paul Greengrass follows his own playbook so closely that this outing is routine and predictable. Jason Bourne is worth the watch but, ironically for a series about memory loss, ends up being forgettable.

Jason Bourne is rated PG-13. It has some moderate profanities scattered throughout, but no f-words. There is no sexuality or nudity. As is the case with these films, people are shot, stabbed, strangled, and beaten in brutal hand-to-hand combat, with some blood. An untold number of civilians die in the vehicular mayhem of a car chase.

Protect freedom at all costs. Trading liberty for security will put you at the mercy of those who will exploit you.