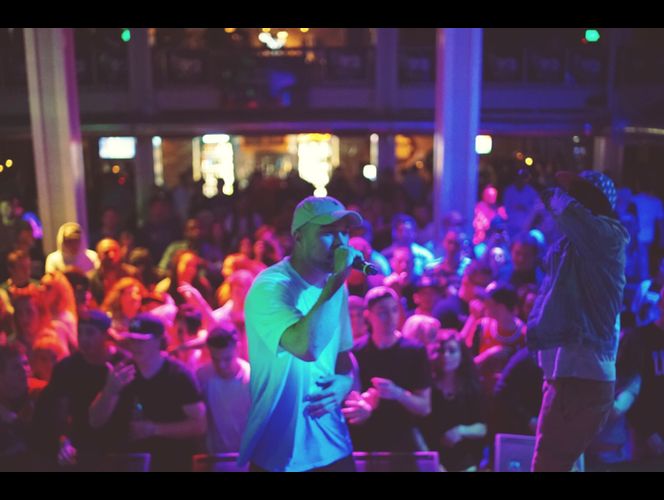 JamestheMormon: Not Your Parents’ “Mormon Rap”

In 1988 The Walter and Hays Band released the cheesily-quintessential “Mormon Rap.” The song was meant as a winking in-joke for Latter-day Saints, with lyrics like

I’m a fine young man,
I’m living clean,
Don’t smoke, don’t drink,
If you know what I mean.
Don’t touch Soda Pop if
It has caffiene,
You might say I’m
a good little Sunbeam.

For a song with Mormons as its target audience, it did well, selling over 95,000 cassette tapes worldwide (at least one of which was in my childhood home). Nearly 30 years later Latter-day Saint musicians are in a radically different place. Artists such as Imagine Dragons, Lindsey Stirling, Alex Boye, Neon Trees, Gladys Knight, The Piano Guys, SHeDAISY, and Brandon Flowers openly live their faith while crafting uplifting music for the masses. What we’ve not had is a mainstream LDS hip hop sensation… until now.

James Curran, AKA “Jamesthemormon,” has been making headlines this week as his album “I’m Not a Rapper” has climbed to #3 on the hip-hop charts (buy it here). His music features the kind of irresistible beats, impressive rhymes, and vocal collaborations so often found in modern rap music, but with uplifting, profanity-free lyrics. He explains, “I have very specific motives, and that is to bring souls to Christ.”

Miles away from “Mormon Rap,” Curran doesn’t create music specifically for the Latter-day Saint market, despite his stage name. So why call himself “Jamesthemormon” if he’s targeting a broader audience? Curran’s answer, from his blog, is both illuminating and inspiring:

“On my mission, I had a lot of experiences where I became frustrated when members of the church were either unwilling or too afraid to share the gospel with their friends and neighbors. I even ran into members who were too scared to let anyone outside of church know they were Mormon. When I returned home from my mission I made a commitment to myself and the Lord that there would never be an opportunity for someone to question what I believed or stood for, so 2 days after I got back from my mission I changed all my social media handles to @jamesthemormon.”

He also performed a particularly powerful version of a Christmas hymn while helping deliver clothes and food to the needy.

Perhaps most personally, Curran rapped about how Christ helps us with trials in the powerful “Restoration.”

Curran is doing the Lord’s work in a fresh, unique way. He explains: “My hope is that if you love it you’ll share it with others; members and non-members alike, and that indirectly, regardless of your personal beliefs or faith, the world can see that a Mormon is not always a smiling white face from Utah in a white shirt and tie, riding a bike. Rather, that we are all different with our own trials and problems. That a ‘Mormon’ is not defined by the rules we keep, but instead by the person we turn to when misfortune comes our way.”

Buy Jamesthemormons’s album PMG here. He describes the album as outlining “each lesson taught by the missionaries from the Restoration to enduring to the end.”

Buy his version of “Angels We Have Heard on High” here.

Buy “Found a Friend,” his song with the Genesis choir and Junior Maile, here.