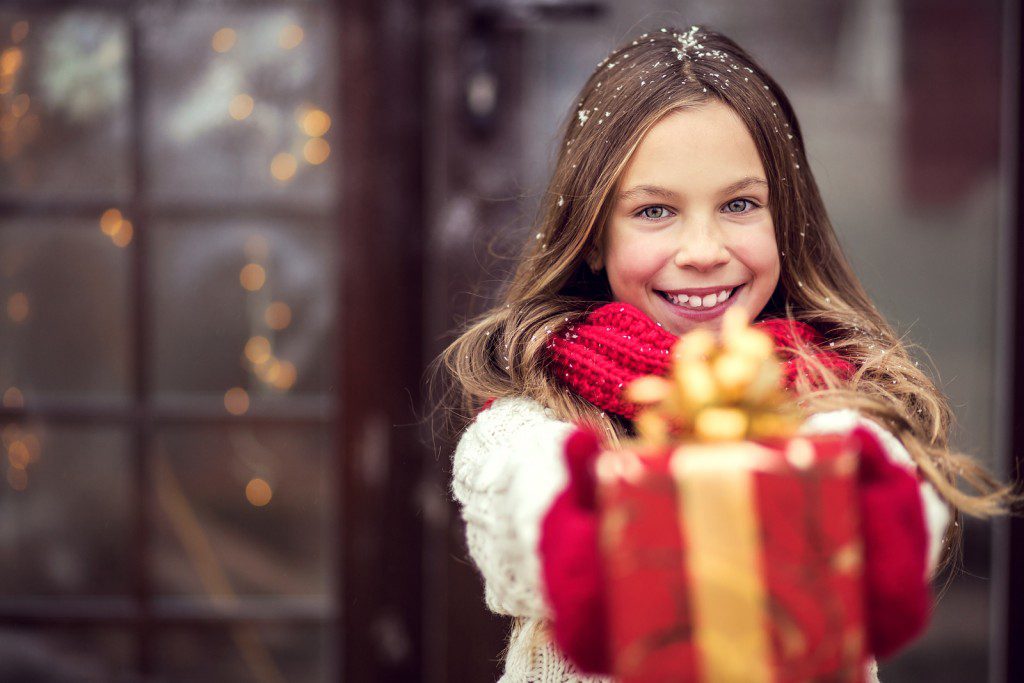 It’s the Love that Counts

We have often heard it said, when someone receives a gift they don’t particularly care for, “It’s the thought that counts.” More than the thought, it’s the love behind the giving of the gift that really counts. By the end of this article the meaning of this statement will unfold.

We recently attended the Provo Temple Workers Christmas Fireside. About two thousand were in attendance. It was a spiritual feast of music and messages. To set the stage, for 30 minutes before the meeting began, the congregation sang Christmas carols. The feelings of this sacred season began to fill the room. The Temple Presidency and their wives took their places on the stand, wearing leis, placed around their necks by a Polynesian sister. Their smiles lit up the room.

At designated points throughout the meeting, a choir consisting of the young single adult temple workers sang carols that touched our hearts. They were not just good, but excellent. These were mostly college students from BYU and UVU who devote time away from their studies, jobs, and dating—all very important—to serve 4 to 6 hours a week in the temple. Their dedication inspires us all. This choir, under the direction of Douglas Benchley, who for years had directed the missionary choirs at the Provo MTC, blessed us with their musical gift of love.

Intermingled with the music were talks by Provo Temple President Alan Ashton and his counselors Presidents Ronald Stone and Don Livingstone, and their wives, Karen, Robyn, and Marsha, who serve by their sides as matron and assistant matrons. Their expressions of love for the Savior touched the hearts of all who were there. These are great servants of the Lord who share the major portion of nearly every day at the Temple. Their words were a gift of love.

Each of these beloved brothers and sisters shared their testimonies of the divinity of Christ and the blessings He has bestowed upon us. President Ashton reminded us of the scripture focus for temple workers the past few weeks: “And ye shall be holy unto me: for I the Lord am holy.” (Lev.20:26) He said, “Serving in the temple helps us become more holy.”  He also taught that it is by obedience to the laws and ordinances of the temple that we are able to be partakers of the blessings of the new and everlasting covenant. We were humbled and blessed by his words.

Though we enjoyed and were edified by all of the speakers, we want to share with you the story Sister Ashton, the temple matron, told in her talk. Some of you may know Karen Ashton as the founder of what has become the highly popular annual Timpanogos Storytellers Festival, attracting visitors from all over the country and many far away places. We witnessed at the fireside that Sister Ashton, who is dearly loved by all who serve in the temple, is also a master storyteller herself. She captivated us with the telling of her own childhood Christmas experience. Though it won’t be nearly as enchanting as hearing her tell it, we give you the essence of it, in the hope that you will likewise be touched and taught.

She grew up in humble surroundings with faithful, loving parents. Her father had served in the war. Times were hard and they were trying to eke out a living. “Our house was a converted garage with a cellar that held the furnace with one grate to heat the whole house,” she said. “Still, I never thought we were poor.” Her parents worked hard to provide, but there was little to be had for anything extra, especially at Christmas time. As a little girl, on one particular Christmas, she wanted more than anything to receive a Tiny Tears doll. She said, “It was the most wonderful doll you could possibly imagine. It cried real tears and, if you gave it water, it would even wet its pants. It was remarkable and I wanted one more than anything in the world.”

She had seen the doll in stores in its beautiful box with the cellophane window that allowed you to see it in all its magnificence. She yearned for one. One day she arrived home from school to find that her mother was not there, as she usually was. She looked for her, even went into her mother’s bedroom to see if she was there. In the room she saw the sewing machine open as it always was, with bits of fabric and thread on the floor around it. But her mother was not there. As she turned to leave the bedroom she glanced toward the closet, which was open.

There on the floor of the closet she saw it. A Tiny Tears doll! But not in a beautiful box with the cellophane window. No. It was dirty, with matted hair, and no clothes. The face was smudged and the paint was chipped. She was sure her mother must have found it at a garage sale, or in a gutter, or maybe at the dump. “That,” she said, “was when I realized we were poor.” Her heart sank because she knew this would be her Christmas present.

At that moment she knew what she had to do. The last thing she ever wanted to do was hurt her mother. She began practicing in her mind how to act when she received the battered doll. She would act surprised and pleased. After all, she knew they had no money and she must pretend to be grateful and happy.

When Christmas morning arrived she was the last one out of bed. She was in no hurry to be disappointed. She was in no hurry to have to pretend to be happy. When she came into the room where the meager gifts were, to her amazement, there was the doll. But not at all like she had seen it in the bottom of the closet. No. It had been transformed by a loving mother. It’s hair was combed and lovely. It face had been repainted and was beautiful. It wore an adorable nightgown, and by it were other doll clothes her mother had made. It was more magnificent than any doll in a new box with a cellophane window. She was thrilled beyond words with the gift her mother had magically created for her. As it turned out, all of her friends envied her doll and its beautiful clothes.

Sister Ashton said, “I came to realize what great love was behind the gift my mother gave me. Since then I have often thought of her sacrifice for me so I would be happy.” She then likened this kind of giving to what the Savior has given to all of us, so we can be happy.

She said, “Think of the love behind the gift He has given us.”  When we ponder the pain, the sorrow, His unspeakable sacrifice for us, we begin to realize the depth of His love for each of us. We cannot help but think, “Greater love hath no man than this, that a man lay down his life for his friends.” (John 15:13)

As we celebrate His birth, His life, and His infinite atonement this Christmas season, let’s remember the love behind His gift to us. And, perhaps, this will also help us more fully appreciate the love behind every gift we receive from friends and loved ones. It will also help us be grateful that we, too, can give gifts that show our love to those who mean so much to us.

And when we help with the ward Christmas party, or sing hymns of praise in the choir, or take a treat to a homebound neighbor, or go to tithing settlement, or any number of things that show our obedience to His commandments, it’s our gift of love to the Savior for His magnificent gift to us.

Remember, whether you are the giver or the receiver, it’s the love behind the gift that counts.

[Gary and Joy Lundberg are authors of books on improving relationships, including I Don’t Have to Make Everything All Better and Love That Lasts. To order at a discount visit https://www.garyjoylundberg.com/store/]

Your report of the Provo Temple Workers Christmas fireside is very important to me. Because I had promised to be in the orchestra for a performance of "The Messiah," I missed the fireside. The feelings you described, as well as, Sister Ashton's story helped me appreciate that special spiritual event.

I was blessed to be the organist. Thank you for artfully sharing the spirit of the meeting and Sister Ashton's inspiring story.