Is There a Dependability Gene? | Meridian Magazine 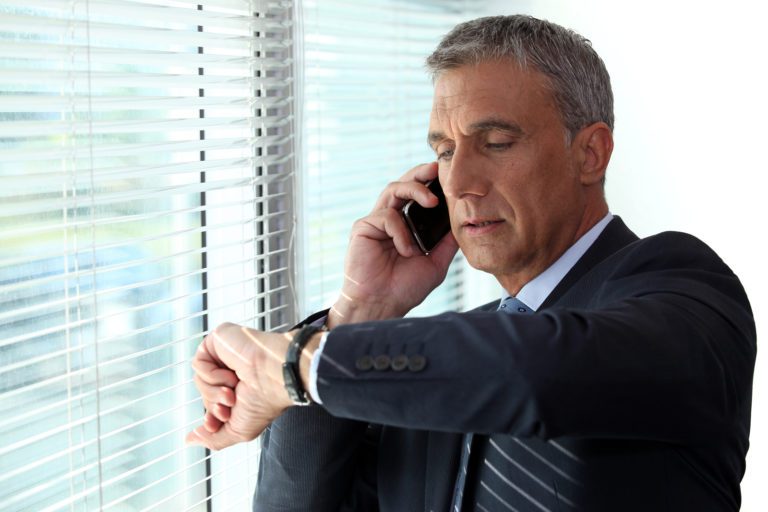 Is There a Dependability Gene?

A couple of weeks ago the Ward Financial Clerk called to remind me about my tithing settlement appointment with the bishop. I asked him if he had to call everyone who had signed up. He did.   I wonder if he had any idea that, twenty years ago, no one needed a reminder call. People cared enough to write appointments down and remember them.

I suppose I’ve joined that generation of folks who can remember “the good old days” before doctors, dentists, and veterinarians had their receptionists call to remind you to keep the very appointment you already made. What’s next—calling Primary teachers to remind them to be there on Sunday? And then do we need people to remind the reminders?

I’ll admit it: Flaky behavior is a prickly pet peeve of mine. I cannot understand someone relying upon another person to remind them of where they need to be, and when. And just ask any boss– any leader of any kind– in church or out, what their greatest struggle is, and they’ll tell you that it’s finding people they can count on. If you’re in leadership, how many times have you scanned a ward list, looking for someone reliable?   You need someone for a critical position, but this person has to be someone dependable. And they’re a rare breed.

Apparently, despite the modern convenience of being able to jot such things down on one’s Smartphone, people today are seemingly less reliable than ever. It’s now the acceptable norm to be late, miss appointments, or forget one’s duties entirely. Maybe, in our rush to bolster up everyone’s self esteem and applaud every form of behavior imaginable, we’ve endorsed sloth and recklessness.

“Well, you have it easy,” someone once said to me. “You’re naturally dependable.”

Ha! I have ADD, folks. I’m naturally distractible. So I learned, back in high school, to write everything down. I stick to my list and compensate for my poor memory by frequently checking my daytimer. And I cannot fathom why others who tend towards forgetfulness, do not do the same thing.

As a little kid I recall my dad, a World War II vet from The Greatest Generation, saying, “My word is my bond.” I was too young even to know what a bond was, but I could tell it was pretty important. I knew that giving your word was like not letting the flag touch the ground—it was a Major Rule. To let others down or not to deliver what you promised was a public show of selfishness, a failure of monumental scope. “Oh, you can’t count on her” would be one of the worst things you could hear about yourself.

Yes, some people are genetically more organized and compliant with rules than others. Scientists have even identified Oppositional Defiance Disorder, which you can find in every classroom, if not in every family. So we can agree that not everyone has an easy time following through on commitments. But not everyone is naturally honest or compassionate or grateful, either— and we don’t throw out these important character traits just because they’re difficult for some to develop. We still embrace these virtues, roll up our sleeves, and work a little harder to acquire them.

So it is with dependability. I don’t believe it’s a genetic trait. It’s a choice that results from attitude. If it matters to you to be dependable, to keep your word, and to reach your goals, you’ll do whatever it takes. But you have to decide that dependability matters. It’s a reputation you want, a tool you need to succeed, an essential trait for happy living. Otherwise, you stumble along from one apology to another, making excuses, letting people down, losing respect, and accomplishing little.

As parents we can help our children develop this important self-definition two ways: First, is by setting the example and mentioning how important it is to us to fulfill assignments. When kids see us step it up and make sacrifices so that we don’t let others down, they learn that value. And second, we can insist that our kids keep their commitments, finish what they start, and follow through when they’ve given their word. Parenting fatigue is real, and it causes us to shrug and cave in on manners, punctuality, and a host of other traits we’d really like our kids to have, yet we’re sometimes so exhausted that we let them slide.

And that’s the problem—these goals become a pile-up of lessons never really taught. We have to find the energy and make the commitment to instill this critical virtue. We have to make a conscious decision that our kids will not be the names glanced over on a roster someday, whether in the workplace, at school, or at church. Our kids will be the self-starters and the go-to guys everyone wants to hire, to promote, to follow. They’ll be thoughtful. Reliable. And they’ll feel great about themselves, knowing they can be counted on. You can depend on it.

Hilton’s LDS Nursery Rhymes is hot off the presses and can be purchased at the BYU Store, or at Amazon.

I agree with you wholeheartedly. It seems to me people think it is ok to be forgetful or late and that is why they don't make the effort to be more dependable. It shows their 'human frailty' or so they think. Or they think it underscores what busy lives they lead. Give me a break! You and I know and I'll bet everyone else knows that being dependable has nothing to do with genes. It has more to do with being considerate of others whom we profess to love as our brothers and/ or sisters. It seems to me that being dependable is a big part of the virtues we strive for in the Gospel... How to help those around us who aren't dependable? Now that is a topic worth investigating, don't you think?