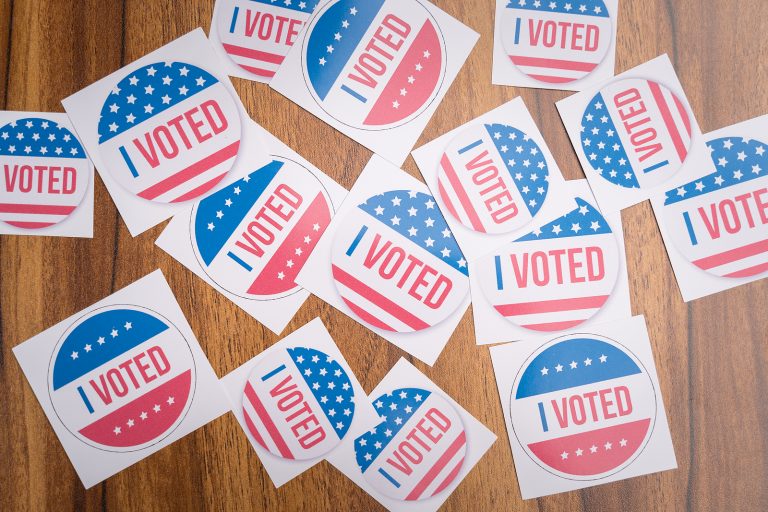 The following is adapted from a talk delivered at Hillsdale College on September 20, 2021, during a Center for Constructive Alternatives conference on “Critical American Elections.”

Sixteen years ago, in 2005, the Carter-Baker Commission on Federal Election Reform issued a report that proposed a uniform system of requiring a photo ID in order to vote in U.S. elections. The report also pointed out that widespread absentee voting makes vote fraud more likely. Voter files contain ineligible, duplicate, fictional, and deceased voters, a fact easily exploited using absentee ballots to commit fraud. Citizens who vote absentee are more susceptible to pressure and intimidation. And vote-buying schemes are far easier when citizens vote by mail.

Who was behind the Carter-Baker Commission? Donald Trump? No. The Commission’s two ranking members were former President Jimmy Carter, a Democrat, and former Secretary of State James Baker III, a Republican. Other Democrats on the Commission were former Senate Majority Leader Tom Daschle and former Indiana Congressman Lee Hamilton. It was a truly bipartisan commission that made what seemed at the time to be common sense proposals.

How things have changed. Some of the Commission’s members, Jimmy Carter among them, came out last year to disavow the Commission’s work. And despite surveys showing that Americans overwhelmingly support measures to ensure election integrity—a recent Rasmussen survey found that 80 percent of Americans support a voter ID requirement—Democratic leaders across the board oppose such measures in the strongest terms.

Here, for instance, is President Biden speaking recently in Philadelphia, condemning the idea of voter IDs: “There is an unfolding assault taking place in America today—an attempt to suppress and subvert the right to vote in fair and free elections, an assault on democracy, an assault on liberty, an assault on who we are—who we are as Americans. For, make no mistake, bullies and merchants of fear and peddlers of lies are threatening the very foundation of our country.” Sadly but predictably, he went on to suggest that requiring voter IDs would mean returning people to slavery.

But the fact is that the U.S. is an outlier among the world’s democracies in not requiring voter ID. Of the 47 countries in Europe today, 46 of them currently require government-issued photo IDs to vote. The odd man out is the United Kingdom, in which Northern Ireland and many localities require voter IDs, but the requirement is not nationwide. The British Parliament, however, is considering a nationwide requirement, so very soon all 47 European countries will likely have adopted this common-sense policy.

When it comes to absentee voting, we Americans, accustomed as we are to very loose rules, are often shocked to learn that 35 of the 47 European countries—including France, Italy, the Netherlands, Norway, and Sweden—don’t allow absentee voting for citizens living in country. Another ten European countries—including England, Ireland, Denmark, Portugal, and Spain—allow absentee voting, but require voters to show up in person and present a photo ID to pick up their ballots. It isn’t like in the U.S., where a person can say he’s going to be out of town and have a ballot mailed to him.

England used to have absentee voting rules similar to ours in the U.S. But in 2004, in the city of Birmingham, officials uncovered a massive vote fraud scheme in the city council races. The six winning Labor candidates had fraudulently acquired about 40,000 absentee votes, mainly from Muslim areas of the city. As a result, England ended the practice of mailing out absentee ballots and required voters to pick up their ballots in person with a photo ID.

Up until 1975, France also had loose absentee voting rules. But when massive vote fraud was discovered on the island of Corsica—where hundreds of thousands of dead people were found to be voting and even larger-scale vote-buying operations were occurring—France banned absentee voting altogether.

On the topic of buying votes, I should point out that we in the U.S. did not always have secret ballots. It wasn’t until 1880 that the first state adopted the secret ballot, and the last state to adopt it was South Carolina in 1950. Perhaps surprisingly, when secret ballots were adopted, the percentage of people voting fell by about twelve percent. Why was that? Prior to the adoption of the secret ballot, lots of people would get paid for voting. In those days, people voted by placing pieces of colored paper in the ballot box, with different colors representing different parties. Party officials would be present to observe what color paper each voter put into the box, and depending on the color, the voter would often get paid. Secret ballots put an end to this practice.

France learned in 1975 that the use of absentee ballots led to the same practice—it allowed third parties to know how people voted and pay them for voting a certain way. This same problem is now proliferating in the U.S. in the form of “ballot harvesting,” the increasingly common practice where party functionaries distribute and collect ballots.

Defenders of our current voting rules point out that in lieu of absentee voting, some European countries allow “proxy voting,” whereby one person can designate another to vote for him. And while it is true that eight of the 47 European countries allow proxy voting—meaning that 39 do not—there are strict requirements. In five of the eight countries—Belgium, England, Monaco, Poland, and Sweden—proxy voting is limited to those with a disability or an illness or who are out of the country. In Poland, it also requires the approval of the local mayor, and in Monaco the approval of the general secretariat. In France and the Netherlands, proxy voting has to be arranged through a notary public. Switzerland is the only country in Europe with a relatively liberal proxy voting policy, requiring only a signature match.

How about our neighbors, Canada and Mexico? Canada requires a photo ID to vote. If a voter shows up at the polls without an ID, he is allowed to vote only if he declares who he is in writing and if there is someone working at the polling station who can personally verify his identity.

Mexico has had a long history of election fraud. Partly because its leaders were concerned about a drop in foreign investment if it wasn’t perceived to be a legitimate democracy, Mexico recently instituted strict reforms. Voters must present a biometric ID—an ID with not only a photo, but also a thumb print. Voters also have indelible ink applied to their thumbs, preventing them from voting more than once. And absentee voting is prohibited, even for people living outside the country.

Those who oppose election integrity reform here in the U.S. often condemn it as a means of “voter suppression.” But in Mexico, the percent of people voting rose from 59 percent before the reforms to 68 percent after. It turned out that Mexicans were more, not less, likely to vote when they had confidence that their votes mattered.

If the rhetoric we hear from the Left today is correct—if voter ID requirements and restrictions on absentee (or even mail-in) voting are un-democratic—then so are the countries of Europe and the rest of the developed world. But this is utter nonsense.

Those opposing common sense measures to ensure integrity in U.S. elections—measures such as those recommended by the bipartisan Carter-Baker Commission in 2005—are not motivated by a concern for democracy, but by partisan interests.

The voter fraud taking place in our nation is outrageous and I am deeply disappointed that the government has been so slow to take drastic measures to put a stop to it. It is not good for the morale of a nation to feel their vote doesn't matter when it is so easy for fraud to take place. I agree with requiring a picture, but sometimes people don't look much like their pictures (if I really look like my driver's license picture, I may have to kill myself!) I think everyone should be required to be fingerprinted and their fingerprints should be scanned before they vote and then marked with indelible ink. And, for heaven's sake, abolish absentee voting, except for the military and disqualify all votes that are late. It saddens me to have to say this--it seems like common sense to me, but NO ONE who is not a legal American citizen should be allowed to vote under ANY circumstances.

Absolutely not! How can an ordinary citizen help with this effort?