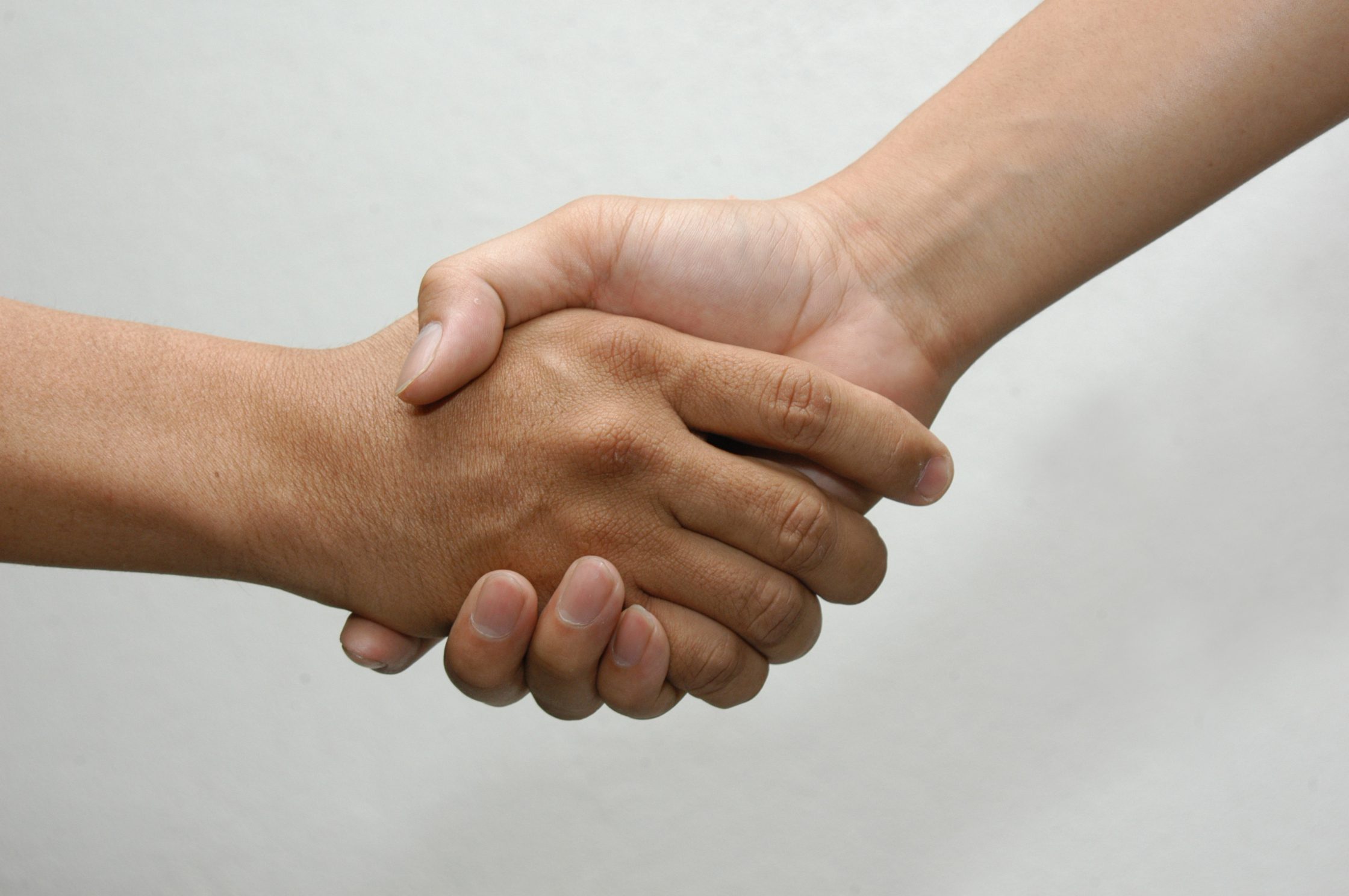 At the conclusion of the U.S. Civil War, Union general Joshua Lawrence Chamberlain was surprised to be chosen to conduct and receive the surrender of Confederate troops. He was by no means the senior general to be given such a responsibility. He resolved to conduct a parade of surrender that would in some way invite the beginning of healing from the conflict of brother against brother and family against family.

His decision, for which he sought no permission and for which he would ask no forgiveness—and which he knew would invite criticism from some quarters—was to order the Union troops to give, as the Confederates marched forward to give up their arms, the “ . . . soldier’s salutation, from the ‘order arms’ to the old ‘carry’—the marching salute.” (Such an act of graciousness had never been given a defeated army by those who were victorious.)

The response from the defeated troops was mixed. In Chamberlain’s words:

Gordon [a Confederate general] at the head of the column, riding with heavy spirit and downcast face, catches the sound of shifting arms, looks up, and, taking the meaning, wheels superbly, making with himself and his horse one uplifted figure, with profound salutation as he drops the point of his sword to the boot toe; then facing to his own command, gives word for his successive brigades to pass us with the same position of the manual, –honor answering honor. On our part, not a sound of trumpet . . . not a cheer, nor word nor whisper of vain-glorying, . . . but an awed stillness . . . (Chamberlain, The Passing of the Armies, p. 261)

Chamberlain reflects further on his conversations with Confederate officers at the end of the surrender procedures. “‘General’ [said] one of them at the head of his corps, ‘this is deeply humiliating; but I console myself with the thought that the whole country will rejoice at this day’s business.’ ‘You astonish us,’ says another of equally high rank, ‘by your honorable and generous conduct.  I fear we should not have done the same by you had the case been reversed.’”

In contrast to the quality of this verbal exchange, Chamberlain later noted a particularly disturbed Confederate officer and sought to engage him in a conversation meant to be conciliatory. The man resisted Chamberlain’s hope for good will by saying, ‘You’re mistaken sir, . . . You may forgive us but we won’t be forgiven. There is rancor in our hearts which you little dream of. We hate you, sir.’” (Ibid. pp. 266-267)

Chamberlain gave a quiet reply that softened the soldier’s hardness a bit. But the exchange is a reminder that, as we seek to foster civility in the public sphere, we can either do our part by giving soft responses (invitations to peace) or become part of the problem by returning provocative harshness for the harshness we have received.

Consider that it really isn’t how other people treat us that determine our emotions and attitudes towards them. It is how we are treating them that reveals the quality of our hearts; that reveals whether we are inviters to forgiveness and peace, or provocateurs in fueling fires of hatred already smoldering. If we insist that we cannot help how we feel because of how others have provoked us, we have given up seeing ourselves as moral agents. We have abandoned our capability of being forgiving and instead are seeing ourselves as being driven to harshness we cannot help experiencing.

If we really cannot help but generate the kind of hatred described here, then solutions to emotional problems—in war, in politics, in athletics, in family relationships—are impossible dreams. Even though bitterness and resentments seem to be typical or even sometimes are assumed to be normal, if we really are incapable of forgiving, especially when being treated with hostility; of being compassionate, even in the face of ridicule; of being sorrowful, even when being mocked; then the notion of humans being civil in their conversation, even when incivility is widespread, is a fantasy.

But it is possible to experience sorrow in the face of another’s harshness. We can retain softness in our responses. Otherwise, we become bitter and think, not only that we can’t help but hate, but that such emotion is always someone else’s fault. We all have been guilty of being provocative of dissension and contention, feeling that such feelings are real and inescapable. But we also have experienced “Joshua Lawrence Chamberlain” times when we have been inviting peace and harmony.

The compassion and respect offered by Chamberlain to the defeated South on April 12th 1865, was not an affirmation of the cause for which the South fought. But it was an invitation to return to the Union and to the principles of charity for all and malice toward none. However uncommon Chamberlain’s attitude and actions were, we each can be inviters of harmony. We can escape being provocative, but it begins in who we are, and not in how others are behaving.

Originally published at https://www.wheatley.byu.eduNovember 29, 2017. A second version, without the reference notes, appeared in the Deseret News, January 7, 2018 under the title, “Escaping the Provocative Self.”

A few years ago I served as a church-service missionary, conducting the church's 12-step program on Addiction Recovery and Healing in my stake. At one meeting, I observed that I did not hold grudges (although circumstances in my life would have facilitated such). One of our senior-service missionaries there said that it was very liberating to be that way, because the serious offenses did not have any power over one. A person can focus on doing what's right, and not on the negative. It works.