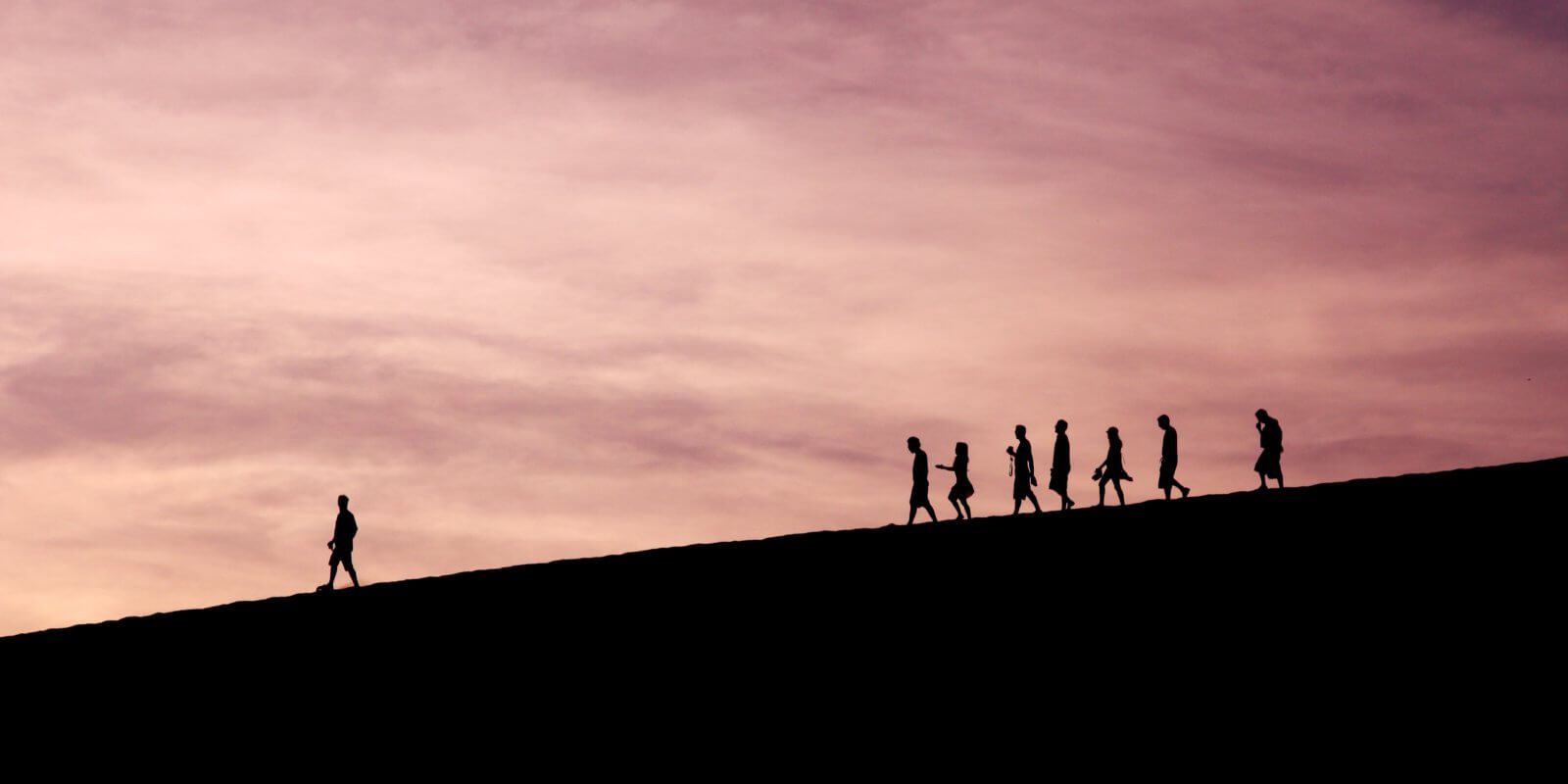 Inequality Leads to Iniquity: The Essence of Mosiah 29 – Alma 4

The crux of Mosiah 29 through Alma 4 is the subtle but persistent message of truth:

Why does this matter for understanding the Book of Mormon?

And why are these two words so heavily concentrated in Mosiah 29-Alma 4?

The Answer is Kingship and Leadership!

The scriptural narratives (both in the Old Testament and the Book of Mormon) are primarily focused on asking and answering this question: Who is the legitimate king? Throughout these narratives we see the awful destructive force of human nature fighting for kingship and fighting over kingship.

And yet the simple, bold, declaration by God rings loud and true forever, “I, the Lord, the king of heaven, will be their king, and I will be a light unto them forever, that hear my words” (2 Nephi 10:14, emphasis added).

Unfortunately, fickle humanity forgets this salvific truth. And the scriptures record far too many sad instances of humans seeking to replace God as King. Again, that is a major thrust of the Old Testament and Book of Mormon narratives: the destructive power of humans seeking for kingship in place of God as their King.

God does allow for human kingship in very limited covenantal circumstances (which I’ve written about here, here, and here), the ideal society is structured so as to allow God to be the real King and for His children to be citizens in His kingdom.

Destructive Nature of Humans Seeking for Power, Privilege and Kingship

King Mosiah II well understood the destructive power of human nature seeking for power and kingship. He also knew full well the disastrous consequences of a non-covenantal king. He knew the story of King Noah. He had the Jaredite records that contained a litany of heart-wrenching stories of non-covenantal kings.

Non-covenantal kings do not teach the covenant path.

Non-covenantal kings do not model or live keeping God’s covenants.

Non-covenantal kings lead people off the covenant path, away from keeping covenants, and into apostasy and destruction.

And non-covenantal kings encourage people to abandon their covenants. Mayhem is the result. Iniquity and inequality ensue.

Covenantally loyalty, faithful, and righteous Mosiah II wanted to keep everyone on the covenant path and minimize inequality and iniquity. He therefore detailed all the ways that kingship led to inequality and iniquity to convince the people to redesign the power structures of society to support more equality.

No sooner had Mosiah II died and a new system of power sharing was in place that the peace, prosperity, and equality of the people was threatened by those who would seek for power, gain, and kingship, led by the man Amlici. He and his followers brought with them accelerating inequality and iniquity which led to hatred, war, mayhem, and death for many.

Even after Alma the Younger dealt with the military threat of the Amlicites, the Nephites continued to devolve into iniquity. Alma the Younger therefore took it upon himself to preach the word of God (that is, the covenantal instructions of faithful loyalty to God) throughout the land.

As you read the remainder of the Book of Mormon narrative after Mosiah II, sadly, you will see this pattern continue to play out that someone, or a group of people, will seek after kingship, to dethrone God, to take power for themselves. And the result will be years of warfare, suffering, iniquity, and inequality. This pattern continues throughout the Book of Mormon, almost entirely uninterrupted except for when the people accept Jesus Christ as their King. And this drive for human kingship and power, undergirded by secret combinations, instead of sacred covenants of love and service, eventually leads to the downfall of the Nephite nation.

Who Is Our King and Leader Today?

The serious question the Book of Mormon challenges us to consider today is this.

Who is the real King and leader?

Are we willing to make and keep sacred covenants of love and service to uphold Jesus as King?

Or do we encourage the secret combinations that put people into power who do not live as God commanded? Do we choose to support those who are not covenantally committed to lead as God commanded?

Do we glory in the supposed power of human leaders over the power of Jesus?

Do we eagerly join and align with those who promise us the power of this world instead of seeking to be the humble followers of Jesus?

Are we willing to sell our eternal birthright of tomorrow for a mess of political points of pottage today?

Have we truly learned the lesson from the Book of Mormon that iniquity is inequality? That inequality leads to iniquity?

Do we think that we are somehow so special that we can avoid the fate of those in the past who gloried in inequality and iniquity while supporting leaders who cared more about their own power, while making grandiose claims to tickle our fantasies for worldly glory, than they cared about supporting the real King Jesus?

Are we like the Jaredites who supported wicked kings by giving them power for the return promise of money, wealth, and the so-called prosperity that the world has to offer?

The Book of Mormon is as relevant today as ever.

We should thank the King of Heaven for preserving this record for our benefit and salvation.

As a Bonus, I’ve Gathered All the References to Iniquity and Inequality in Mosiah 29-Alma 4

14 And even I myself have labored with all the power and faculties which I have possessed, to teach you the commandments of God, and to establish peace throughout the land, that there should be no wars nor contentions, no stealing, nor plundering, nor murdering, nor any manner of iniquity;

16 Now I say unto you, that because all men are not just [i.e., not all men practice equality and equity] it is not expedient that ye should have a king or kings to rule over you.

17 For behold, how much iniquity doth one wicked king cause to be committed, yea, and what great destruction!

21 And behold, now I say unto you, ye cannot dethrone an iniquitous king save it be through much contention, and the shedding of much blood.

22 For behold, he has his friends in iniquity, and he keepeth his guards about him; and he teareth up the laws of those who have reigned in righteousness before him; and he trampleth under his feet the commandments of God;

27 And if the time comes that the voice of the people doth choose iniquity, then is the time that the judgments of God will come upon you; yea, then is the time he will visit you with great destruction even as he has hitherto visited this land.

32 And now I desire that this inequality should be no more in this land, especially among this my people; but I desire that this land be a land of liberty, and every man may enjoy his rights and privileges alike, so long as the Lord sees fit that we may live and inherit the land, yea, even as long as any of our posterity remains upon the face of the land.

36 Yea, all his iniquities and abominations, and all the wars, and contentions, and bloodshed, and the stealing, and the plundering, and the committing of whoredoms, and all manner of iniquities which cannot be enumerated—telling them that these things ought not to be, that they were expressly repugnant to the commandments of God.

38 Therefore they relinquished their desires for a king, and became exceedingly anxious that every man should have an equal chance throughout all the land; yea, and every man expressed a willingness to answer for his own sins.

11 And it came to pass in the commencement of the ninth year, Alma saw the wickedness of the church, and he saw also that the example of the church began to lead those who were unbelievers on from one piece of iniquity to another, thus bringing on the destruction of the people.

15 And now it came to pass that Alma, having seen the afflictions of the humble followers of God, and the persecutions which were heaped upon them by the remainder of his people, and seeing all their inequality, began to be very sorrowful; nevertheless the Spirit of the Lord did not fail him.