In honor of his 90th birthday, President Oaks shares 12 lessons learned through the decades | Meridian Magazine 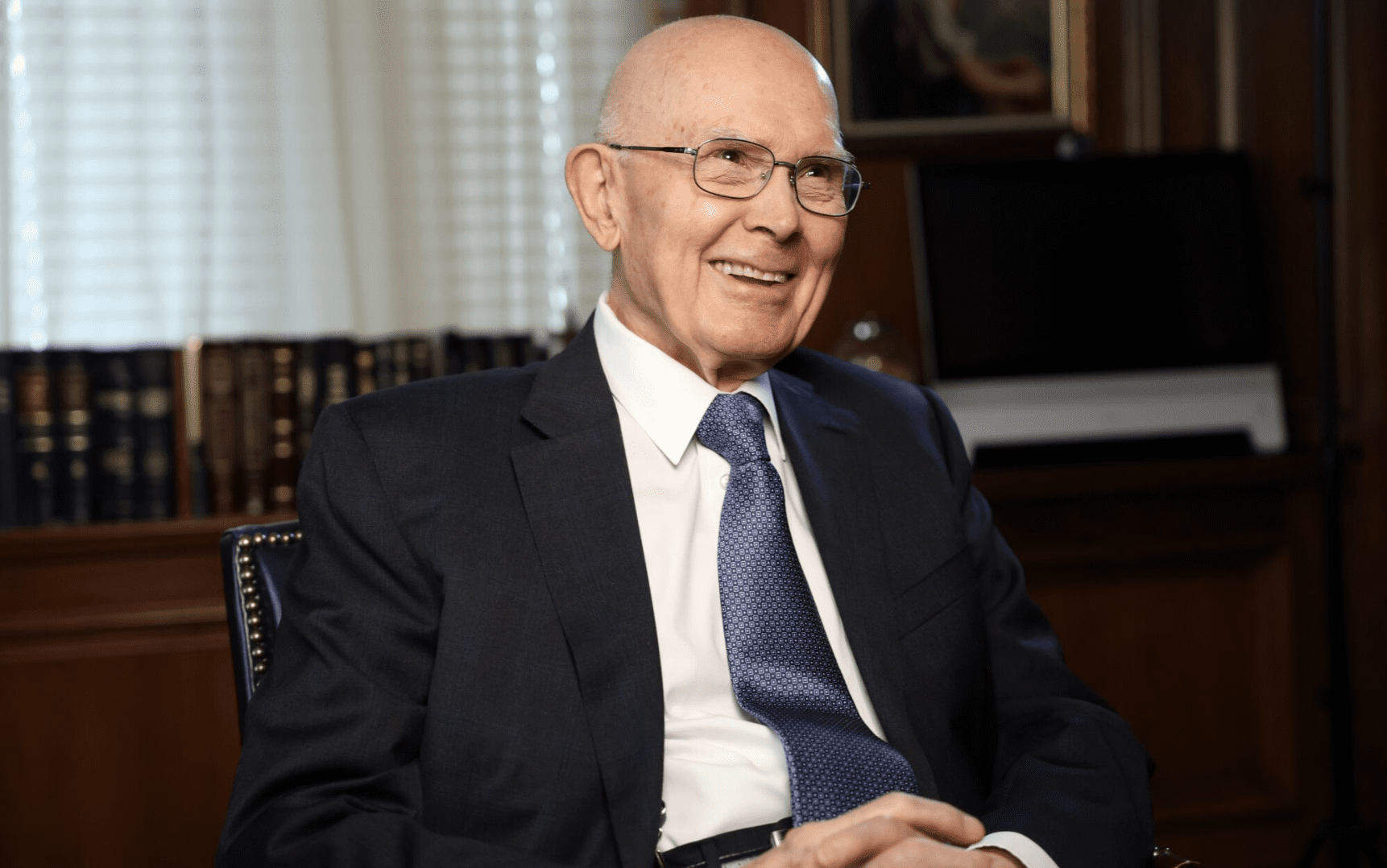 President Dallin H. Oaks will celebrate a landmark birthday on Aug. 12. Born in 1932 to Stella and Lloyd E. Oaks, the first counselor in the First Presidency of The Church of Jesus Christ of Latter-day Saints will turn 90.

A graduate of Brigham Young University and the University of Chicago Law School, President Oaks served as an attorney, a law professor, BYU president, and as a justice of the Utah Supreme Court. On April 7, 1984, he was sustained as a member of the Quorum of the Twelve Apostles. He has served as a counselor to President Russell M. Nelson in the First Presidency since January 2018.

During an interview held in honor of his birthday, President Oaks shared some of the lessons he has learned through nine decades of life:

Mortality has speed bumps. At the age of 7, President Oaks lost his father unexpectedly. Faced with gaining an education and supporting her family, his mother suffered an emotional breakdown, requiring his grandparents to step in and help with the family. “Whether you consider your own experiences, or those of your family, or those around you, or those you read about, life is full of a lot of difficulties,” said President Oaks.

Treat others with respect and generosity: During the Great Depression, President Oaks’ father offered care as a medical doctor to many who could not afford to pay him. After his father died and as an endorsement of his goodness, President Oaks saw many of those people bring his mother “produce or some modest payments” to help her through this early period of her widowhood.

‘Women can do it all’: After the death of his father, President Oaks’ mother had to be the breadwinner, the teacher and the mother to three children under the age of 7. As a result, President Oaks grew up “seeing a woman, my mother, just as capable as any man. And throughout my life, I have never felt to discount the wisdom, or the efforts, or the leadership, or the importance of women, because I was raised by a role model who was both father and mother, community leader, teacher and Church leader.” President Oaks said in addition to his mother, three other women have had a profound influence on his life: his grandmother, Chasty Olsen Harris; his wife and the mother of his children, June Dixon Oaks; and the spouse he found after June’s death, Kristen McMain Oaks, who has sustained him for more than two decades.

Find a career to serve ‘your fellow man’: President Oaks grew up assuming that he should be a doctor because his father had been a doctor. But after starting college, he knew that studying medicine was not for him. “I remember going to my mother, apologetically, and saying, ‘Mother, what if I don’t become a doctor?’ And in the abundance of wisdom, typical of my mother, she said, ‘Oh, you don’t need to be a doctor like your father. I want you to find something that you want to do, that is a good, honest way of serving your fellow man.’ And that released me to go forward, looking for something that I would want to do.”

President Oaks graduated in accounting, attended the University of Chicago Law School and embarked on a career of service — as an attorney, professor, university president, supreme court justice and Apostle of Jesus Christ.

To read the other lessons from President Oaks, CLICK HERE.