In Emma's Footsteps: the Director and Star Discuss Their Controversial Subject | Meridian Magazine 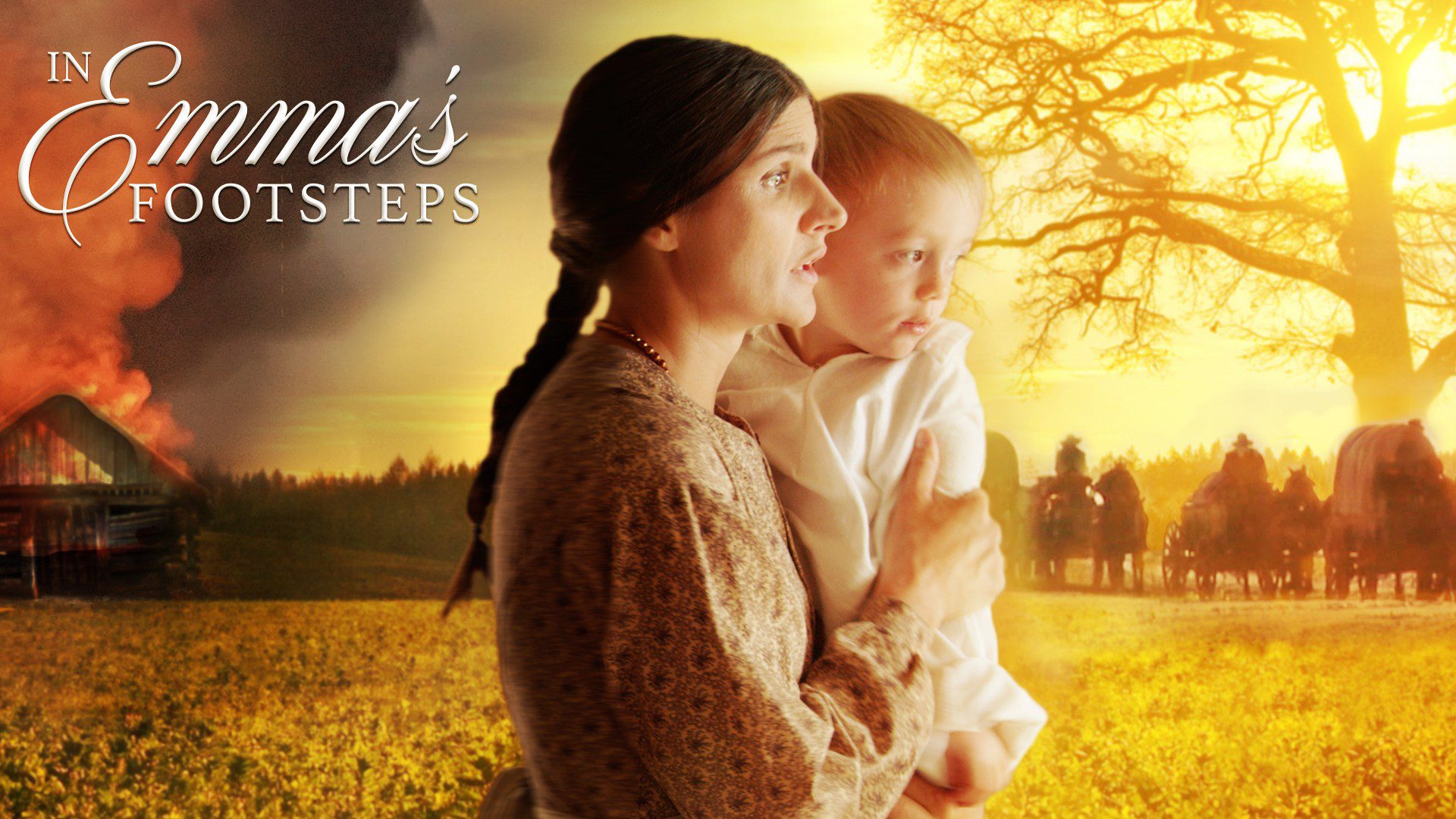 In Emma’s Footsteps: the Director and Star Discuss Their Controversial Subject

Emma Smith has long been a controversial figure in Latter-day Saint circles, both revered for her role in the Restoration and as the Prophet’s wife, yet treated with disdain for her choice to not join the Saints on their trek West. Her story is rife with heartache, miracles, and the hand of God.
Now, ten years after the excellent biopic Emma Smith: My Story, audiences are treated to a new film with a new director and a new star aiming to shed sympathetic light on this towering powerhouse. In Emma’s Footsteps is currently playing in areas with large LDS populations. I bent the ear of director Brittany Wiscombe and star Shona Kay Moyer to learn about the film and its subject.
Interview with Director Brittany Wiscombe
JONATHAN DECKER: Where did the idea and inspiration to do this film come from?
BRITTANY WISCOMBE:  The movie came about because there were so many questions remaining about Emma Smith. Some believe Emma made bad choices, but it’s too easy to judge when you don’t know what it was like for her. So that became the goal–show the context of the things she experienced, and how they potentially influenced her choices. When you look at it through that lens, I think the quickness to judge goes away.
JD: What can you tell us about the research that went into writing the script and making this film?
BW:  I thankfully had the help and research of another writer, John Engler, and also the ability to consult with the Joseph Smith Jr. and Emma Hale Smith Historical Society (which is led by descendants of Joseph and Emma). I also did what I could to brush up on the history myself — but my appreciation for writing fiction has grown. It is much easier to write a fictional script than a historical one!
Beyond writing, there was an attention to historical detail that came to light in pre-production. The props master would come to me with questions–which tea cup did I want, what tray, etc. The hair and makeup department asked about Emma’s hair styles. The costume designer showed me different clothing options. It was in those moments that I realized just how much the history and time period mattered, and I relied on those people and their research.
JD: What are your thoughts on the film Emma Smith: My Story? How does your film differ, stand alone, or complement that one?
BW: Emma Smith: My Story was a beautiful film, and a great vantage point of Emma’s life with Joseph. In Emma’s Footsteps focuses on a different time period, that of Emma’s life after Joseph died. We see her on her own, and she has to navigate very trying circumstances with the best intentions and faith in God.

One thing I wanted to do in In Emma’s Footsteps was make Emma more weathered. There’s a photo of her from the mid-1840s, I think, and she looks so tired. She was only about 40 or so. I wanted our Emma’s look to reflect how hard she had to work to protect and provide for her family. I wanted her look to reflect how much was upon her shoulders. Shona Kay Moyer (who plays Emma) has beautiful skin and is just beauty personified, so it was a bit of a process to take that and adjust her look to one that felt more strained and weathered.

I also wanted In Emma’s Footsteps to show not just Emma’s perspective, but that of other historical figures. Lucy Mack Smith helps explain the circumstances Emma went through in the movie, and she helps us understand that each person had much on his or her shoulders. I wanted it to be clear that we all have our stories and experiences that influence the course of our lives. So while we focus on the context of Emma’s life, each person has their own context that we have to consider.

JD: Where did filming take place? Any special experiences from special locations?
BW: We filmed in Utah at This is the Place Heritage Park, which was so great and conveniently close.  The homes and furnishings there help bring the time period to life. We also filmed in Nauvoo, Illinois. I wish I could say I had powerful moments or realizations during filming, but there was always so much to do, so many things for me to focus on, from a directing standpoint and a producer-standpoint too. That being said, as I look back on it, filming went very smoothly, and could have gone crazy in a million ways, as filming can. So overall, I can look back and see that we really had help to tackle this huge endeavor and bring it to life.

JD: In what ways did you feel a divine hand guiding this work?

Now that the movie is finished and has been seen by audiences in Arizona, Florida, and California, I am seeing the Lord’s hand more clearly. The response to the film has been amazing and humbling–because this is bigger than just a movie I directed. People’s perceptions about Emma are changing for the better. One man sent me a note that he has always wondered why the wife of the Prophet would make the decisions she did, but now he understands Emma better, and it has really hit home for him.

I think about my favorite moments in the movie, and they center around both loss and the promise of being with our families again. That’s a key message that comes back again and again, and I love those moments because that is what I treasure so much about the gospel. I think there are also gospel truths and testimonies throughout the movie, and probably things that will touch people’s hearts in ways that I didn’t intend.

JONATHAN DECKER: How did you prepare to play such an important person? In what ways did you try to, as the title suggests, walk in Emma’s footsteps to understand her?

SHONA KAY MOYER: I read everything I could find, and there is a lot of information out there, much of it is conflicting so then there was a sifting process that I went through where I felt I really was able to discover Emma the human being, as opposed to the historical figure, who was flawed, yes, but also cleaver and complex and beautifully human. The process has been a long one, years in the making, I have played her in two other film projects and each time I learn more and discover more about her strength, her charity and her unique ability to forgive those who, intentionally or not, made life difficult for her and her children. Some of whom actively sought to ruin her.

JD: We’ve had an Emma Smith biopic already with Emma Smith: My Story. What makes this one unique and worth seeing in theaters?

SKM: Yes we have, but still Emma Hale Smith is relatively unknown to the world. Unknown and misunderstood, in particular during the period of time that we focus on during this film. She was pregnant at the time of Joseph’s death, she still had all of the same responsibilities the day after he died  as she did the day before, and she had to carry on. Her first priority being her children, this is a story about a mother. This is a woman, a mother,  who is trying to piece together the world that has just been torn apart,  for the sake of her children. She is questioned and received resistance by various parties, mainly male, on every decision she made. She fights and finds a sense of dignity to triumph on the end.

JD: What can we look forward to in the future from you?

SKM: Watch for me in the the Book of Mormon video library videos coming out soon, I play the wife of lamen, Zipporah. Also I have been part of wonderful indie film in which I act in, but also had my directing debut on.

I have a few other exciting projects in the works but not able to say much about them right now.

My thanks to Brittany and Shona for their work on this beautiful film. In Emma’s Footsteps is now playing in theaters. For more LDS film news and Hollywood reviews, join my Facebook group Mormon Moviegoers.