How to Stop Gossiping Once and For All | Meridian Magazine 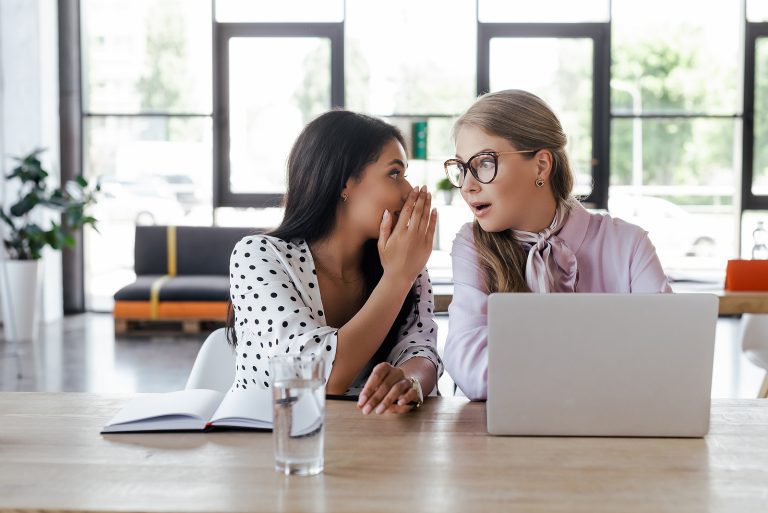 How to Stop Gossiping Once and For All

Gossip is tricky, isn’t it?  It’s one of the easiest sins to commit, because unlike, say, bank robbery, it slips almost invisibly into our conversations. One minute we’re just chatting with a friend, and the next minute we realize we’ve gone along with a negative comment about someone else—or we’ve made the negative comment.

But how serious is gossip, anyway? Isn’t it just harmless banter?  In an article called “Gossiping is Good,” The Atlantic said, “Researchers at the University of Texas and the University of Oklahoma found that if two people share negative feelings about a third person, they are likely to feel closer to each other than they would if they both felt positively about him or her.” (1)

NBC says we all do it; it’s just a social skill. And they quote a professor of psychology saying, “It’s just social information and we learn a lot about the social world around us when we gossip.” (2)

Oh, so it’s educational. Oh, okay then. I’m sure Jesus simply didn’t understand when he said, “Thou shalt not speak evil of thy neighbor, nor do him any harm.” (Doctrine & Covenants 42:27). Clearly I’m being sarcastic, but look how removed some of today’s “experts” are from what God has said:

1 Timothy 5:13 – And withal they learn to be idle, wandering about from house to house; and not only idle, but tattlers also and busybodies, speaking things which they ought not.

Peter 3:10 …let him refrain his tongue from evil, and his lips that they speak no guile.

James 1:26 – If any man among you seem to be religious, and bridleth not his tongue, but deceiveth his own heart, this man’s religion is vain.

Remember Elder Dieter F. Uchtdorf’s famous “Stop It!” talk? He said, “When it comes to hating, gossiping, ignoring, ridiculing, holding grudges, or wanting to cause harm, please apply the  following: Stop it!”

Gossiping is far more pernicious than it seems (again, Satan has done a great marketing job). It can ruin lives, reputations, businesses, testimonies, relationships. I think many of us know people who have actually moved away to escape gossip. So, even if you’ve engaged in it before, join with me and let’s make today the day it stops. I have a sure-fire way you can do it, one that I’ve decided to employ as well.

It’s not the checklist method, like the acronym THINK, which stands for, “Is it True? Helpful? Inspiring? Necessary? Kind?”  I can’t imagine anyone stopping mid-sentence to run through that mental list.  We just talk on the fly, and gossip happens too quickly.

No, the easier and better way is simply to visualize the person in question standing right beside you. Would you say this if John or Mary were standing right there?  If not, then don’t say it at all.  Or… even better, if it’s a compliment, go for it. Share something positive and turn the discussion around.

Picturing the person is instantaneous. It reminds us we’re talking about a real person, someone with feelings, someone who has the right to repent, someone Heavenly Father loves.

And then, here’s a booster shot: In between conversations, deliberately think kind thoughts about others. We rarely say things we haven’t thought of, so catch this poison at its source: in our thoughts. In fact, by thinking good things of others, guess what will happen?  You’ll actually be a happier person. Try it and see what happens.

Last, pray for help to stop gossiping. Heavenly Father wants you to be better than this. He will absolutely want to help you.

Gossip isn’t okay. It isn’t a handy social skill. It says more about you than it does about its target. And anyone you gossip to now knows you’d probably gossip about them as well. So let’s fahgettaboudit!  Leave it in the past, and enjoy a brighter, kinder future.

Hilton is an award-winning playwright and the author of many best-selling LDS books. Those, her humor blog, and YouTube Mom videos can be found on her website.