How To Stop Bullying For Good | Meridian Magazine 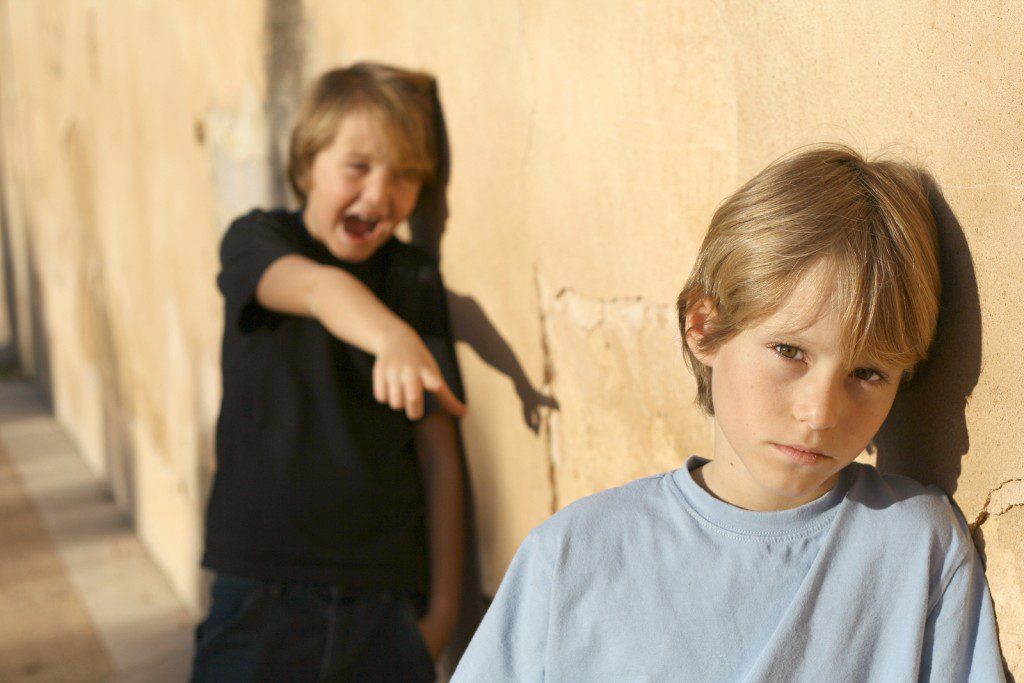 How To Stop Bullying For Good

Question: “How do you help children respond appropriately to unkind behavior and bullying, especially at school?”

Bullying is on the rise in our society. Many factors may contribute to this trend, including the increased usage of violent video games and movies, and the decrease in social refinement instruction. Whatever the root causes, incidents of bullying are increasing at an alarming rate, putting it in the front of everyone’s minds.

Bullies have always existed in social settings like schools, offices and even within families, but now the bullies are getting braver and more violent, leaving their victims more traumatized than ever before. Acceptable reactions by victims have also evolved over the years.

In the “old days,” boys or girls who were being bullied were expected to fight back with physical violence. Parents weren’t happy about it, but they didn’t want their children to get pushed around or feel weak or helpless. In this modern age of lawsuits, victims are often punished right alongside bullies, leaving them to feel helpless and without recourse. This approach leaves society struggling to find a real answer to the bully problem.

Relationship Skills For All

The increase in bullying is indicative of a lack of relationship skills training for children in general. These skills teach people how to to keep their emotions in control, vent their frustrations appropriately, and feel empowered to change the things that are upsetting them. When people don’t have these skills, they act out in anger, violence and other harmful behaviors.

Instead of using punishment to stop bullying, greater prevention will be required to address the problem. Parents and teachers can nip bullying in the bud by teaching children self-government skills as soon as possible. They skills are readily applicable for school or home learning.

In my books, I discuss numerous basic social skills, three of which are absolutely necessary for combating the bullying issue.

The three basic skills that must be learned to conquer bullying are:

It is also important for victims to understand boundaries. It helps them to recognize that what is being done to them in unacceptable and that they have every right to seek for help from appropriate channels.

Children should know that if they engage in bullying activities, there are a number of undesirable consequences. Someone could defend themselves with violence; the bully could face suspension or even expulsion for their behavior; bullying actions could lead to a series of escalating events that result in someone getting really hurt. Bullies need to know that if they act this way, you will hold that accountable for the negative consequences for their bullying actions; they need to know that just because you love them doesn’t mean you will swoop in and save them from unpleasant consequences. A person can’t learn self-government if they aren’t permitted to accept the consequences of their actions.

I’ve noticed that many adults don’t know what it means to accept a consequence. A person is not accepting a consequence until they’re calm, recognize their faults, and are willing to do what it takes to rehabilitate themselves. If a child does not have this condition of heart, all consequences that befall them will be perceived as you being unfair. For a discussion on how to help a child get to a softer, more repentant state, see some of my other articles on the topic.

When I was a little girl, I remember my father telling me, “Nicholeen, if they are teasing you, choose not to get affected. This will give you the upper hand and all the emotional control. They won’t think it is fun to tease you after trying a few times and getting nowhere. You have to be emotionally stronger than any emotional attack.” I used his wise, fatherly advice and found it worked very well.

If a victim of bullying tries disagreeing appropriately and it does not make a difference, then they should be instructed to walk away and get help from an adult.

We talk about bullying a lot, which often only serves to give bullies a stage for their antics. Don’t get me wrong — bullying does need to be addressed, but instead of spending so much time warning people about bullying, we should dedicate our time to giving all people the skills they need to communicate effectively, learn boundaries, accept consequences, and react calmly.  Instead of instilling fear, we should instill the confidence that comes from self-government.

I was bullied in Jr. High (back in the 60's) by a group of "cool" boys. I got called all kinds of names and was made to feel awful. When I went to my father about it he told me that the next time they started bullying me I was to hit them. He said he would take the heat for me if there were consequences at the school. It's interesting that I never had to hit anyone; I guess my attitude and reactions changed enough after I was given permission to react violently that the bullies realized it was not a good idea to continue.

A couple of days ago my son called to give us an update on what is going on with his 13 yr old son at school. He has been being taunted by several boys at school over the past several months. He is called names such as: "you dirty Mexican" etc. He isn't a Mexican...in fact he is blue-eyed and light olive skin. If he were a Mexican it wouldn't make any difference. He still wouldn't deserve to be treated like this. His dad went to the school. The principle assured him that it would be taken care of...it wasn't. Then Dad went to the father of two of the boys. He was embarrassed that it was going on and that duo stopped the bullying. (Those two told our grandson that their dad was the one who talked bad about Mexicans all the time. Hmmmm.) But then another boy just kept the problem going even after the school and the parents assured them that it would stop. It didn't. So, a couple of days ago the boy set out again to humiliate and bully our grandson. When he came home on the bus his first words to his dad were, "I'm probably going to be in trouble at school." He said, "I told him, if he didn't stop I was going to punch him in the face. He just kept it up. So when we got to the bus, I said 'I warned you' and punched him in the face." Apparently the kid was so shocked that he had hit him that he sat silently in the bus all the way home. I don't condone violence, but when the adults are not willing to put a stop to the pain my grandson was exposed to nearly every day, I think he had the right to stop it himself. I just hope it doesn't escalate the problem...which it may. But my grandson felt justified and empowered by giving the boy some actual consequences for his bullying. He had been patient for a long time and had not fought back, but someone had to. It wasn't a "fight" it was just one punch. I hope it works.