How to Make Indoor Plumbing a Priority | Meridian Magazine 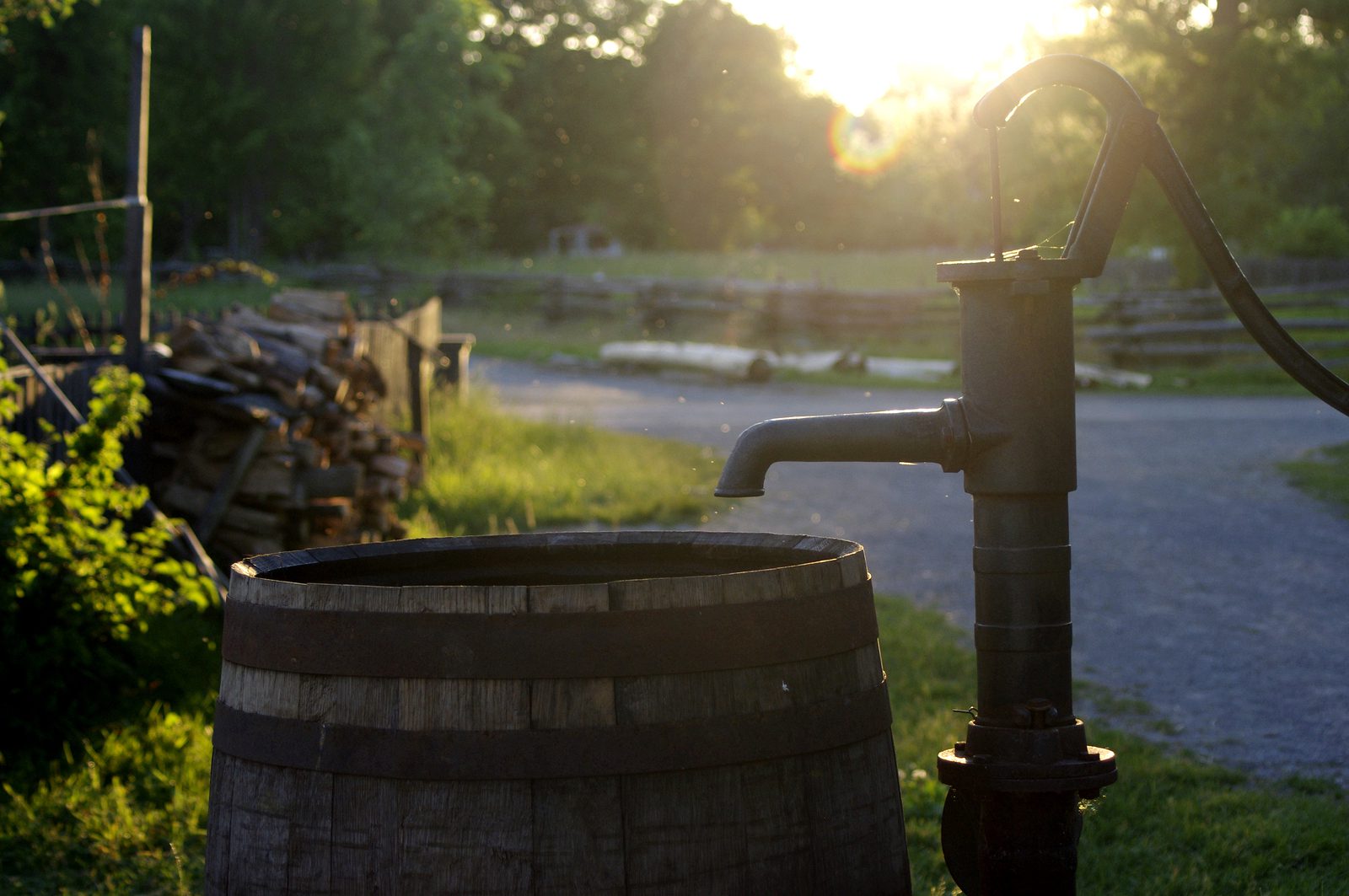 How to Make Indoor Plumbing a Priority

Goren and Lilly had been married for just over a year, and Lilly was growing annoyed with Goren. He had promised that he would put indoor plumbing into the house after they were married, but he hadn’t. Lilly was tired of bathing at the hand pump in the summer and dragging water into the house to bathe in the winter. Goren didn’t seem to mind, but then, he didn’t wash as much as he should, anyway. Working with cattle was dirty work, and he always came home smelling like cows.

“Goren,” Lilly said one night, “things have got to change. We’ve been married a year, and you still haven’t put in the indoor plumbing.”

“I haven’t had time,” Goren replied.

“It needs to be a priority,” Lilly said. “And you need to make sure you bathe every time you come home at night. It’s really hard to keep the house smelling nice for when people come to visit.”

“But no one comes to visit,” Goren replied.

That was true. They lived on a cattle ranch, and the nearest neighbor lived about ten miles away.

“Well, they might,” Lilly said. “And we still live here and should have it nice. I want you to promise me that when you come home each night, you will strip off your clothes for me to wash, and then go bathe at the pump before you come into the house.”

Goren reluctantly promised, and also said he would get the plumbing done. But another six months passed, and nothing changed. He kept coming into the house smelling like he’d been dragged through a barnyard.

Then one fall evening, Goren drove into the yard. Lilly had just done the wash and was airing out the house. Goren had been branding cattle and smelled worse than ever. The smell wafted through the windows. By the time he reached the door, Lilly was there to meet him.

“You are not setting foot in my nice clean house until you have had a bath,” she said. “Strip off your clothes and go to the pump.”

Goren sighed, but did as instructed. He went to the pump while Lilly picked up the clothes using a couple of sticks, hauled them around behind the house, and dumped them into the barrel of wash water. She had just entered the house when she saw a dust cloud about a mile away. It was a telltale sign that someone was coming down the old dirt road.

Goren had seen it too, and he streaked toward the house to get some clothes. Lilly saw him coming, and she was not about to have him come in and stink up the house when visitors were coming. She beat him to the door and locked it. Goren pounded on the door, but Lilly was not inclined to unlock it until he finished his bath. Goren must have realized it, and with the pickup approaching quickly, he dashed around to the back of the house. But Lilly had already locked that door.

Goren was desperate as a pickup pulled to a stop in the yard. He decided to hide in the outhouse. He peeked out and saw two ministers from the church step from the pickup. Lilly unlocked the front door and invited the men in. As they entered the house, they said they had come to visit with Goren.

“We’ll be on our way, then,” one of the men replied. “But it’s a long way back. May I use your outhouse first?”

Lilly didn’t know Goren was in there and said yes. Goren panicked. But hearing the men’s voices from inside the house, Goren realized the windows were still open. He slipped out of the outhouse and dashed for the opposite side of the house as Lilly and the two men came back outside. Goren climbed on an old milk can and had just stuck one foot through the window when the window crashed down on him, causing him to slip and trapping his foot. The falling window had broken out some glass, and the noise brought Lilly running back in, with the two men close behind. And there Goren hung, upside down, in his compromised state.

And within a week, Lilly had indoor plumbing, because Goren suddenly felt it was a priority.