How the Temple Prepares Us for Celestial Living | Meridian Magazine 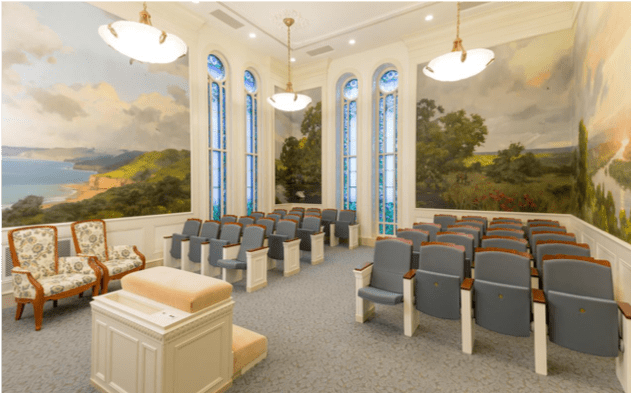 How the Temple Prepares Us for Celestial Living

Our discussion in our French priesthood meeting today centered on Elder Bednar’s last conference talk about the temple, “Prepared to Obtain Every Needful Thing.”  This particular Sunday we had the presence and wisdom of two members of the temple presidency, President Giraud-Carrier and President Lazar, as well as Elder Bennasar of the 70 and Bishop Caussé of the presiding Bishopric.  The discussion centered on the sacred nature of the temple and what could and what should not be discussed both in and outside the temple.  Some used the “sacred not secret” phrase to address the need for care and discretion. It was a discussion not without some polite disagreement.  Bishop Caussé finished with a plea that each read all that is now available on the Church website about temples and ordinances, here.

One brother’s comment seemed thoughtfully important yet was eventually lost during the exchange of differing opinion.  He suggested that as hard as it is to not share something that is life-changing, our covenants must be kept in relationship to specific symbols.  Then he shared that no matter the information gained or shared, for him the most valuable part of the temple was that each time he came from serving there, he was changed, sometimes in major ways but most often in small ways.  The temple to him was like a factory that produces things, in that it produced changes in us.  I could have stood and cheered as I thought of how powerfully yet in tiny almost unnoticeable ways the temple has changed me as we have made frequent attendance part of our lifestyle.  Elder Uchtdorf powerfully elevates hindsight as our tool of testimony in God’s interface within the veil of mortality.

“The truth is, those who diligently seek to learn of Christ eventually will come to know Him. They will personally receive a divine portrait of the Master, although it most often comes in the form of a puzzle﻿—one piece at a time. Each individual piece may not be easily recognizable by itself; it may not be clear how it relates to the whole. Each piece helps us to see the big picture a little more clearly. Eventually, after enough pieces have been put together, we recognize the grand beauty of it all. Then, looking back on our experience, we see that the Savior had indeed come to be with us﻿—not all at once but quietly, gently, almost unnoticed.”[1]

Alma taught his son, “by small and simple things are great things brought to pass,” Alma 37:6.  “Hard work is easy work, done late,” so small daily efforts are God way of staying quietly anonymous as He works what will eventually be seen as masterpiece miracles.  The mistake we too often make comes by either looking forward without hindsight or reacting to perceived decreasing returns over the course of repetitive experiences and thereby stumbling in our daily investment.

While riding home with a stalwart and charitable member who recognized our rush to walk the twenty-five minutes back to the visitor’s center, we decided that the best summary of our discussion over temple content was expressed by the Lord as a finale to the great vision of heaven given to the Prophet Joseph and Sydney Rigdon, that is section 76 today;

“But great and marvelous are the works of the Lord, and the mysteriesof his kingdom which he showed unto us, which surpass all understanding in glory, and in might, and in dominion; Which he commanded us we should not write while we were yet in the Spirit, and are not lawful for man to utter;  Neither is man capable to make them known, for they are only to be seenand understood by the power of the Holy Spirit, which God bestows on those who love him, and purify themselves before him; To whom he grants this privilege of seeing and knowing for themselves; That through the power and manifestation of the Spirit, while in the flesh, they may be able to bear his presence in the world of glory. DC 76:114-118

Man is neither capable to interpret, for someone else, those sacred symbols called, “the mysteries.”  God insists on a proprietary set of symbols as His alone for use in His teaching. Not only do they surpass all understanding in three different dimensions but the process of coming to understand them is how he makes us eventually capable to endure His Celestial presence in a kingdom of Glory for which we must be incrementally transformed, in and through the temple, one session at a time!  The nature of the revelator is experienced with each revelation.  We cannot experience, even momentarily, His divine nature without being washed in divine grace which changes one’s nature.  Even the informational download is insignificant in comparison to the transforming nature of the accompanying divine light.  Hence, the process of coming to understand is more sacred than the understanding itself.  We could, in our excitement of discovery, share information with another but, in so doing, abbreviate another’s opportunity to experience that divine grace or even confuse the issue to the extent of blocking the transforming process only available through divine discovery.  Making us capable is His purview, ours is to consecrate.