How Motherhood is in Similitude of the Savior | Meridian Magazine 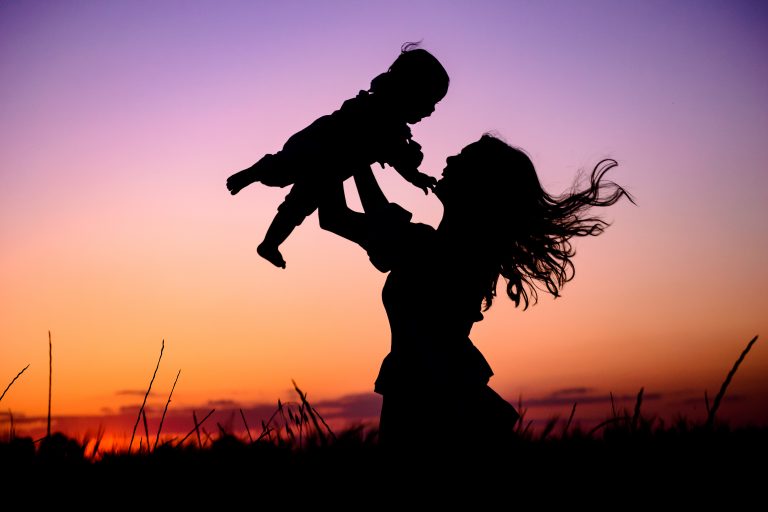 How Motherhood is in Similitude of the Savior

Many years ago, I showed up to church on Mother’s Day and was greeted happily by the small son of one of my good friends. I greeted him back and, assuming my friend must be nearby, asked, “So where’s your Mom?”

As the little boy opened his mouth to speak, I saw his father, standing a few feet away, open his eyes wide in horror and reach out to his son in panic. He just managed to utter “Wait!” before the small boy exclaimed, in all the forthrightness of youth,

“She’s at home crying because nobody appreciates her.”

I just had to laugh! I knew exactly how she felt. I had spent many a Mother’s Day in frustration and sadness as, on the day meant to celebrate me, I had still spent my morning feeding, cleaning up after, and wrestling small children to get them presentable for church and no one seemed to notice the irony.

A mother who bears a child offers up her own body as a host for 9 months of gestation. Then she produces milk out of her own body to nourish that helpless little one. Its tiny body needs to be fed every few hours for weeks, if not months, afterward. So the mother, still physically healing from the vast disruption of growing a human, can’t even get a decent night’s sleep as the child demands the physical limits of her body.

The infant grows into a baby, and a toddler. It spends the majority of its awake time hungry or frustrated; it needs to be spoon fed in addition to breastfed, saved from eating lint, protected from hurting itself, and just generally watched constantly. It lunges at sharp table edges and electrical sockets and busy streets. It must be cleaned, wiped, taken to the doctor, strapped into car seats and strollers and carriers of various kinds, talked to, looked at, protected and loved. Sometimes it’s unbearably, inexpressibly cute. Also, it tantrums, yells, cries, demands, tests, and pushes boundaries; it drops food, spits food, throws food, sits on food, vomits food, refuses food, demands food, and poops food. It is a constant worry, a ceaseless burden, an endless to-do list.

That baby grows into a child. It has learned how to talk, run, throw, and disobey. It asks “why,” gets frustrated that it can’t understand the answer, and blames its mother for the failure. It wants a pony, a police car, a dog, another dog, a new toy, to break the toy, a video game, the thing the neighbors have, the thing the kids at school have, the thing on TV nobody has but must be cool, to be grownup, to be little, to be cuddled and read to, to be old enough to do chores, to not have to do chores. It has to be supervised, driven to the park, cuddled while it cries over the tiniest things, supported in its little enthusiasms, helped with homework, navigated through friendships, taught to be reverent, reminded to flush. It is fun and charming and loving and cute and will never ever remember its backpack.

That child grows into a teenager. It is scornful of its mother’s care, critical of her choices, resentful of her reminders and insistence. It will be amazing in its own otherness, its own interests and skills, reaching out into the world with its own yearnings. Its mother will drive it to practice, to meets, matches, tournaments, games, parties, babysitting jobs, fast food jobs, competitions, tryouts, dances, classes, therapy. Every new thing, every effort, every achievement, celebrated with joy by its “how did time go so fast?” mother.

It will turn away from her support, hide its struggles, burden her with its every concern. It will make its mother’s heart swell with fear, pride, anxiety, heartache as it grows away. She will go to every game, cheer at every concert, sew every costume, bake cookies for every bake sale, even for a child that won’t speak to her at home. She will work extra hours to pay for cheerleading, a prom dress, that first car, or even enough food, and come home to criticism that she hasn’t done more. She will pray, over and over, in anguish for a beloved child who can’t see its own danger. She will pray, over and over, in relief and gratitude for every kind and wise choice, no matter how small.

That teen will become an adult. It will be wiser, humbler, and more grateful. It will recognize that its mother was right. If he’s happy, his mother has all the reward she needs for her decades of selfless concern. Her reward is that he has left her. If he’s not happy, she will continue to pray, to warn, to support, to help, and celebrate every triumph however small, for however many years she must.

This is not, by the world’s standards, a good investment. The mother is never repaid for her cookies baked at the last minute, her bandaids lovingly placed on tiny knees, her hours of prayer, the thousands of wiped noses, the diaper changes, the meals created for a picky or allergic child, the million times she swept the floor right after she just swept it the first time, the times she loved someone who was being difficult, irrational, or aggressive and never apologized. She may work tirelessly and love devotedly and still see her children reject her teachings and advice. The child reaps the benefit of having been wiped, and taught, and prayed for, and cleaned, and delivered of last-minute cookies, and shepherded into adulthood. The mother receives cards and flowers once a year.

Many in our secular world see this as evidence that motherhood is not worthy of a woman’s full devotion. We deserve better, they say. We should demand more. We are entitled to accolades, praise, and appreciation for our efforts. We cannot be fulfilled by giving ourselves to others.

There is some truth here. Devaluing women is certainly a sin, and mothers should devote some of their energy to their own needs, for we are valuable too. But there is a tremendous mistake hiding in the idea that a more heralded life is a better life, or that work appreciated is superior to work unappreciated, or that sacrificing for those we love is a waste of our potential. Our Savior, my heart tells me, would disagree.

He lived a flawless life, and was condemned for it. He gave up his life for his friends, and they rejected him and were ashamed of him. He was compassionate and kind, healing and helping and doing good works, teaching and forgiving and loving everyone, yet he did not live up to their expectations. In the end the crowds shouted for his death, valuing him less than a murderer, even as he anguished alone and suffered for their sins.

He, too, is never repaid for his example, his sacrifice, or his pain on our behalf. The minute we turn to him in humility and appreciation he sends more blessings, so that we are always his debt. How many times has he answered your prayers, sent you his Spirit, comforted you in times of trial? The benefits of having a Savior are for us, not for him. His work done on our behalf is infinite, his suffering unspeakable. And yet he was despised and rejected of men in both his day and ours.

Even among those of us who believe in him, there is a staggering lack of appreciation. Like little children, we (at least at some point in our lives) keep his commandments with reluctance. We resent the 10% we pay in tithing. We give lip service to our callings. We go to the temple but are too sophisticated to treasure its symbolic lessons. We roll our eyes at the counsel of his prophet, obeying the counsel we like and disregarding the counsel we don’t. We feel righteous when we go to church once a week even while we harbor criticism and scorn in our hearts for others that he loves.

The Lord’s experience with us must be much like a mother’s experience with young children. He is desperate to keep us safe, to shepherd us into godhood, and yet we keep running into table edges and sticking our fingers in light sockets. He tries to teach us how to progress, and all we want is to be popular. He tries to build our character by giving us a day to thank him and spend time with him, and we think of that as the boring day of the week.

And yet, day after day, year after year, he celebrates our every little step toward eternity. Everything we do right, he blesses us for. Every effort we make, he sanctifies. Every sin, every backsliding moment, every time we reject him, he is anxious to forgive.

Mothers, it is true we have a thankless job. We are never appreciated to the depth we should be, and we are often reminded of that on Mother’s Day. But when that happens, it is an opportunity to remember the life and sacrifice of our Savior. He too gives more than he gets in return. He too, loves many who scorn and reject him. He too devoted the utmost energies of his soul to a project that the world saw as a waste of time.

When we are devoting our time, intelligence, energy, youth, and very bodies to our children—who may or may not ever appreciate our sacrifice—we are not wasting our time or squandering our talents. We are emulating the Savior. There is no possible better use of a life than to follow Him.

Love the analogy. Powerful and humbling. Thank you. The day after Mother’s Day is the perfect time to post and read and share.

Thank you for this reminder. I laughed and cried at the truth of your descriptions. Watching my daughter recently enter motherhood for the first time, I had a shiver of trepidation for the life of servitude and labor that lies ahead. But there is no greater or more worthwhile labor. Your words add a reminder of the spiritual value of our maternal efforts.