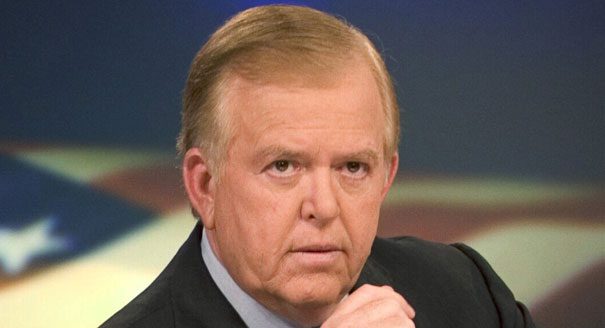 How Lou Dobbs Unleashed the #MormonMafia

Fox News commentator and media personality Lou Dobbs didn’t know what he was starting when he said of LDS independent candidate Evan McMullin’s bid for the presidency: “Look deeper, He’s nothing but a Globalist, Romney and Mormon Mafia tool.” Mormons as a people tend to make cities where there were swamps and so the hashtag #MormonMafia has been taken and turned into the most hilarious series of tweets and Facebook posts you’ll read all day.  It became such a trending topic even Huffington Post ran a piece on the phenomenon:

Their subtitle to the piece: “Don’t Mess with Mormons.” Here is a sample of the tweets they posted:

Not only is there a #MormonMafia, they have biker gangs running the streets pic.twitter.com/oaTTO7uQpa

If you’re not careful Mormon Mafia will break into your house —- fold the laundry and do the dishes — Jennifer Rubin (@JRubinBlogger) October 27, 2016

Just try to tell a member of the #MormonMafia that you’re not interested in family board game night. See what happens. — Ben Howe (@BenHowe) October 27, 2016

Don’t anger the #MormonMafia. They don’t give a gosh darn.

Turns out that last guy is on fire, he also posted:

The #MormonMafia asks, “Why do you think we call them funeral potatoes?”

The FBI doesn’t worry about the #MormonMafia. Their members are always ready to give testimony. — Shaun Jex (@shaunmjex) October 27, 2016

The Deseret News  reported that the original tweet from Dobbs “highlights a gradual shift in American political rhetoric, even by [heretofore] respected commentators like Dobbs, that moves away from civility and toward more personal attacks on identity rather than ideas or policies.” It’s true that this election cycle has been heavy in petty and personal attacks, but as LDSLiving put it “Mormons own[ed] it like nobody’s business.” They shared some more of the highlights of the #MormonMafia tweets:

I joined the #MormonMafia, but all I got to do was move my neighbors for free.

I’ll make him an offer he can’t refuse. But only after he prays about it, with real intent. #MormonMafia — John English (@jermsguy) October 27, 2016

#MormonMafia a group so secretive and exclusive, they send 60,000 missionaries out around the world to tell you all about it.

When the FBI knock at their door they flush all their coke in the toilet #MormonMafia pic.twitter.com/pOH51S0kB4 — Donald Dump (@realdonalddump) October 27, 2016

What are your favorite #MormonMafia quotes?

Careful Lou, we gonna fill u car with chili and green jello.

Lou, The "Bella"Mormon Mafia would love to invite you over for Sunday dinner. We will make you meatloaf with baked potatoes, green jello with carrots and homemade apple pie for dessert. You'll love our homemade rolls.