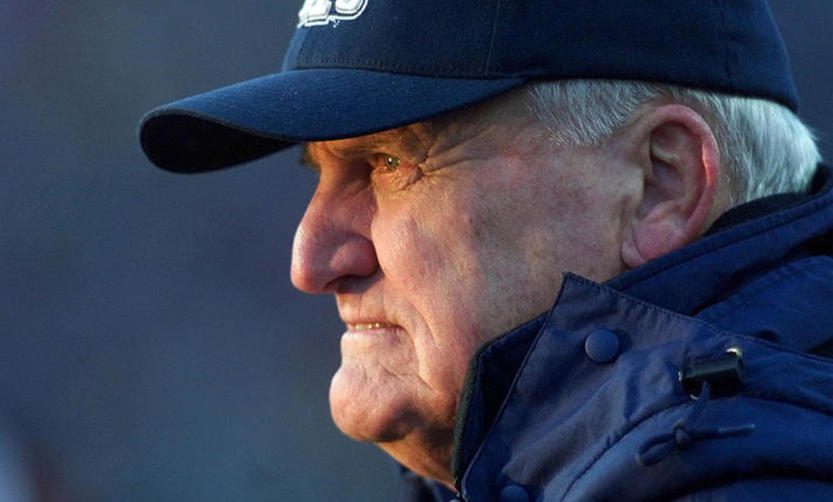 The idea is heresy today, but it was considered gospel inside and outside the LDS Church in the 1950s, ’60s and when LaVell Edwards took over as BYU’s football coach in 1972. It seemed irrefutable. Nearly everyone believed players left on missions as fiery competitors, strong and fast, and that they returned home soft, weak and slow.

Edwards and his assistants had scant evidence to the contrary, so in his first two seasons, they did what every college coach had done for decades. They told BYU players who left on a missions that they couldn’t guarantee them a scholarship when they returned.

It’s unimaginable that a coach would yank a scholarship over a decision to serve a mission for The Church of Jesus Christ of Latter-day Saints today, when 16 different college football teams from coast to coast fielded 162 returned missionaries last fall.

But in 1961, brothers Bruce and David Handley sat in a BYU team meeting with late head coach Hal Mitchell. “Handley,” Mitchell said to Bruce, “you still going on that mission?”

“Then you don’t need to stay in this meeting,” Mitchell said.

Bruce Handley got up and left. David Handley didn’t.

“To this day, that’s the biggest regret of my life,” David Handley, who is 78, said this week, “that I didn’t get up and walk out with my brother.”

Edwards, the Hall of Fame coach who died Dec. 29, arrived at BYU as an assistant coach in 1962. The story of how he overhauled the missionary culture in the school’s football program mirrors other sweeping innovations he introduced to the sport. It starts with players who wanted to shatter mission myths and includes a new LDS Church president who was about to call for a massive expansion of Mormon missionary work.

I played for the Y my freshman year in 1961 and had a wonderful experience. I announced my intent to serve a mission and was given the cold shoulder even by my home teacher (I was a Provo boy) Eddie Kimball who was a trainer with the football team. He told me that if I went, I was done in football. When I returned from England 40 pounds lighter and not in great shape, the cold shoulder was an icy barrier so I just graduated in a year and a half and went on with my life. Shortly after leaving the Y, I was drafted in the Army and during basic put back on the 40 lbs of muscle. I watched with delight as Coach Edwards changed the misguided "policy" of turning away RMs. We didn't come back weaker, we came back smarter, stronger where it counts and ready to play with a loyalty that was remarkable. Coach Edwards, bless him, saw that.