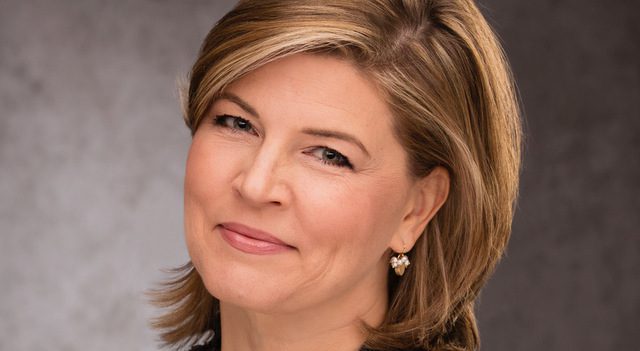 Get your copy of Jane’s new book, ‘Silent Souls Weeping’ by CLICKING HERE.

“I felt like I was tied up in a sack and someone had tied the top really tight and I just couldn’t get out of it.” Jane Clayson Johnson, noted broadcast journalist and author, knew that this feeling that persisted for months was different than just the ‘situational sadness’ that we all feel sometimes. This wasn’t something that would go away with just a good cry or two or three. It was hopeless, helpless and relentless. “I couldn’t separate myself from those feelings…I was embarrassed, I thought I must be doing something wrong.”

But Jane wasn’t doing anything wrong, she was suffering from depression and it’s an important message she hopes to communicate in her new book Silent Souls Weeping: Depression—Sharing Stories, Finding Hope; the message that “depression is a disease, it is not a spiritual deficit.”

Over the course of three years, Johnson interviewed more than 150 men, women, and adolescents of different ages about their personal experiences with this debilitating condition and from those stories has come a book that she hopes will open up new conversations about mental illness; a topic that is often hard to address openly, particularly in a gospel context.

“Especially in the Church, when we try to understand a disease manifest through sorrow in a faith where we’re trying to live a plan of happiness, it can be very confusing.” Hoping to sort through some of that confusion, she embarked on these interviews without a set agenda on what exactly this book would be or what the chapters would contain.

She collected all of these stories and then essentially drew a line through what she found there, hoping to find the common themes and shared struggles that her readers may have even experienced themselves. The chapters evolved to cover topics from toxic perfectionism to postpartum depression to missionaries returning early from the field to what depression does to someone’s ability to feel the Spirit, and even suicide. Ultimately, from all this, Johnson hopes to draw conclusions and offer suggestions for how we, in positions of Church leadership, in our own homes, and even just among our friends, can reach out to those who are suffering.

“The worst part of depression is the profound isolation that it engenders,” says Johnson, “I heard so many times [in my interviews]: ‘I’ve never talked about this with anyone’ or ‘my parents don’t know this’ or ‘I can’t believe I’m telling you this’.” By sharing so many stories of regular Latter-day Saints battling this disease, Johnson hopes to contribute to creating an ongoing dialogue with more honesty and authenticity.”

“If we can start reaching out and sharing stories and helping others through our own vulnerability” says Johnson, “I think we’ll all be better off in the Church.”

In fact, it was in openly sharing her own story that she was able to open the door to hearing the stories of so many others. She went so far as to say that she couldn’t have written this book if it hadn’t been for her personal experiences with depression. It not only gave her that ‘specialized empathy’ that Elder John C. Pingree, Jr. described in his talk, ‘I Have a Work for Thee‘, but she says that people opened up to her in a different way as she interviewed them because they knew and appreciated that she understood what they had been through.

That was particularly important as some of her interviews were cold calls to people she had never even met. Calls where a, “you don’t know me” and a brief introduction were quickly followed by questions as personal as, ‘would you be willing to tell me a little bit about your experience of being hospitalized for depression?’, were successful only because the personal sharing could be a two-way street. Once that initial trust was established, people began to be anxious to share their stories. They were glad for the chance to help others and to give a difficult experience that might have felt cruel and pointless, new purpose.

This kind of open sharing is key to “stigma-busting” as Johnson likes to call it. We can never break taboos and bring hard things out into the open until we have lots of people willing to share and to listen. Particularly with a struggle that is so aggravated and fueled by feelings of shame and isolation, connection is key.

Depression has been called a “plague” of our day, but instead of contact being the terrifying means of spreading it, continued contact and connection is the cure.

Another important and oft overlooked topic Jane Clayson Johnson explores in her book is the way in which depression cuts suffering saints off from the ability to feel the Spirit. “They’re doing everything right, but they just don’t feel anything,” she said, “It’s like the most important part of them has been cut out.”

We read so often in the scriptures that those that keep the commandments will be blessed and find happiness and those who are wicked will find misery. When misery is a daily reality in the dark days of depression, it’s easy to assume that the cause must be in some unaccounted for sinful behavior. Johnson said that many of the people she interviewed felt the sense that it must be their fault and so they doubled down on their righteous efforts only to find themselves becoming even further discouraged, disheartened, and disoriented.

“So often we’re told if you just pray more or serve more, these feelings will go away,” said Johnson, “those things are important, but you wouldn’t sit in a corner and pray your heart disease away. Miracles can happen, of course they can, but depression requires treatment.”

God is always there waiting to help us and guide us through the power of the Spirit, but for some, their physical condition makes them unable to feel it. Some form of physical healing has to happen before they can be susceptible to those feelings again.

For Johnson, the catalyst that put her on the path to treatment and healing finally came when she decided to share some of the pain she’d been experiencing with her husband. He immediately sought medical help for her and in so doing taught her an important lesson. “Every time you expose yourself and your imperfections and someone loves you in spite of them or even because of them, you gain trust. You gain intimacy,” she said. In making even one greater connection, we can begin to break through the walls that keep us disconnected and isolated. But we can never make those discoveries or cultivate that kind of closeness with loved ones unless we are first willing to share even the broken parts of ourselves.

“A lot of people in the Church have misconstrued this idea of being perfect,” says Johnson, “we put that scripture in Matthew on steroids. We think we’ve got to be perfect, we’ve got to be without flaws or at least give the illusion that we’re perfect. The Savior’s plan is to work on the inside and not worry so much about what’s happening on the outside.” That idea of perfectionism is not only a contributor to depression, but a major obstacle on the path to healing from it.

“When we share difficult experiences, it’s a very vulnerable place to be. It’s not easy. But when we do that, we help other people know that they are not alone and that there is hope,” said Johnson, “someone has been through it, they can understand it and they can help us get through.”

“I have found meaning in the experience of writing this book and talking to these many people who have suffered. In that process I have truly been able to mourn with those that mourn.” And starting a conversation about mental health can also start a pathway to treatment.

One young man that Jane Clayson Johnson interviewed shared a powerful quote that he’d drawn strength from and that can act as a guideline to us all as we approach this difficult subject on an ongoing basis: “Depression thrives in secrecy, but shrinks in empathy.”

We probably won’t be able to single handedly bring even someone very dear to us out of their depression. The causes are multifaceted and the treatments are rarely simple, but what we can offer is a listening ear, an eagerness to understand, and a healthy dose of that empathy.

Get your copy of Jane’s new book, ‘Silent Souls Weeping’ by CLICKING HERE.

Wonder if you are familiar with some of the studies in recent years. A number of mental illnesses, including some cases of depression, anxiety, bipolar and schizophrenia can sometimes be cured and sometimes the symptoms lessened if we change the microbial load in our intestines. It seems some of the precursor molecules that are used by the brain come from our gut. And if we do not have enough of the right microbes, we do not produce them. Check it out on Google by typing "mental illness gut microbes". Then feel really, really bad because a doctor in a mental hospital realized it 100 years ago and the knowledge went nowhere.

I have struggled with depression and anxiety throughout my life. For me there were many issues underlying the symptoms and behaviours that the Lord wanted me to address and deal with such as perfectionism and learning self-care. I strongly rely upon my prayers and scriptures to guide me and it has been through the Holy Ghost that I have been led to further understanding of myself. I feel we are embarking on a whole new era of truth about the functioning of the brain and how so many of our mental disorders originate from biological imbalances. I am currently reading a book by Daniel G. Amen, M.D. called "Change Your Brain,Change Your Life" which is very enlightening and encouraging because it is possible to film the brain's activity and see where it is firing too much, too little or not at all. He especially addresses the issues of depression, anxiety, obsessiveness, anger , and impulsiveness with relation to the brain's functions. The advancement in scientific research in this area is truly exciting and encouraging as it helps lift the stigma and shame associated with mental and emotional issues. It helps replace self-reproach and judgmentalness with compassion and understanding. The Saviour has and continues to guide me through the Holy Ghost in that the eyes of my understanding have been opened as He reveals further truths about these difficult and complex issues. We'd all love instant answers and healing but sometimes there is much to learn through the journey of that healing.