Hidden Things: What Does it Mean to be “Cut Out of the Mountain Without Hands”? | Meridian Magazine 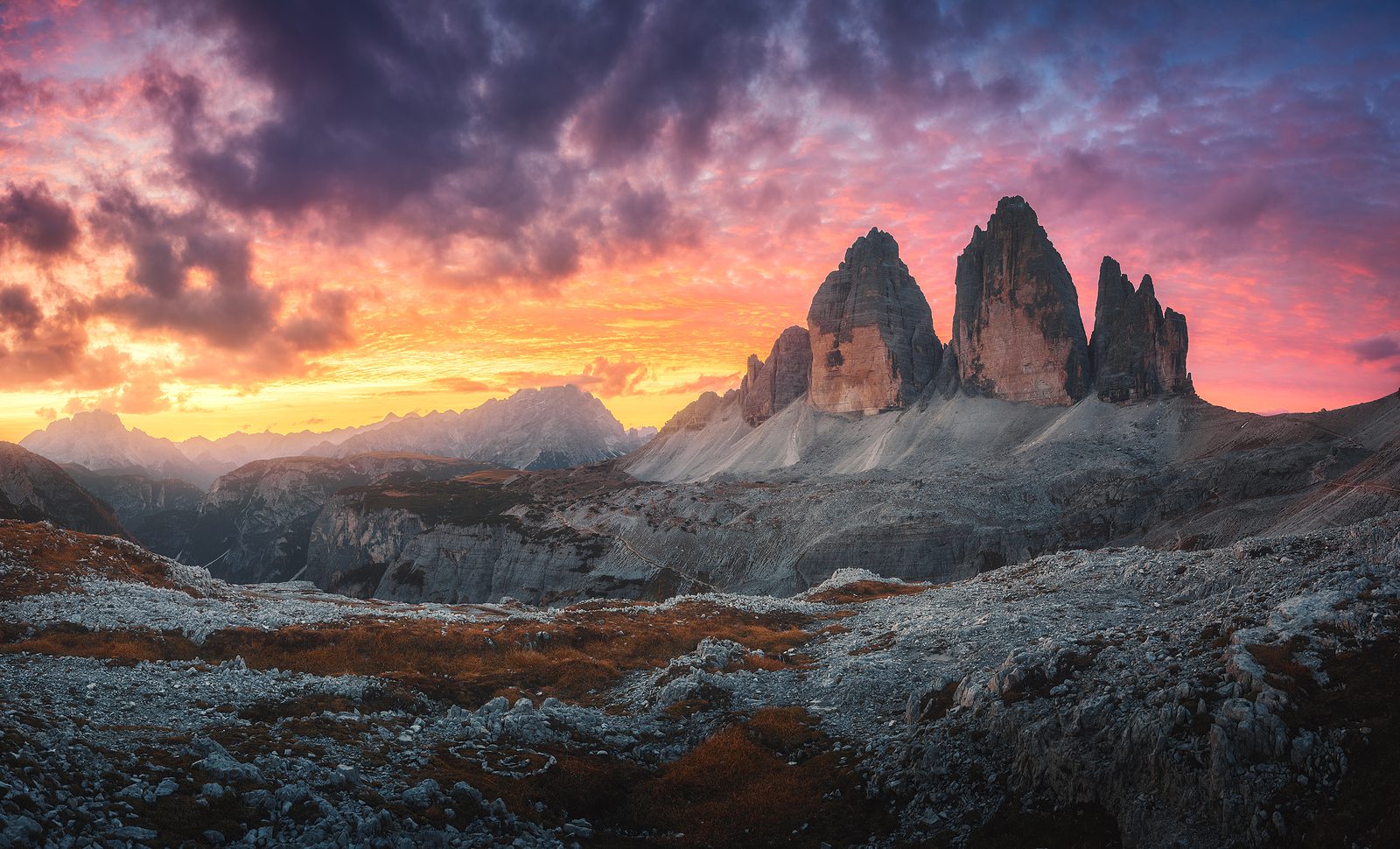 Hidden Things: What Does it Mean to be “Cut Out of the Mountain Without Hands”?

The following is the ninth in a series of articles giving greater detail from the stories behind the hidden things in our recently released Treasures of the Restoration jigsaw puzzle. If you haven’t gotten yours yet, BUY IT HERE.

If you have, bookmark or print this page so you can hang on to the story to share with your family as you come upon the hidden phrase when you do the puzzle. Read the eighth article in the series HERE.

Our Treasures of the Restoration puzzle features several scriptural phrases hidden throughout the map. Some are obvious in their context and meaning, but one in particular may be more difficult for some people to understand and interpret: “Cut out of the mountain without hands”.

The phrase is taken from a scene in the Old Testament where the prophet Daniel is called upon to interpret the dream of King Nebuchadnezzar. The stakes are high. The king had already called upon magicians and astrologers and sorcerers and asked that they not only interpret the meaning of the dream, but do it without his telling them what happened in it. He wanted something no one could possibly give him. When they failed, he ordered that all the wise men of Babylon should be destroyed.

Daniel was only made aware of the situation when a decree had gone forth that meant he too would be slain. He went in unto the king requesting more time and then went home petitioning the Lord for His help. For only the Lord could tell Daniel the content of another person’s dream, let alone help him to interpret it.

The answer came to Daniel in a vision by night.

He returned to King Nebuchadnezzar and told him what he’d seen and what it meant. The king was so pleased and astounded by Daniel’s ability to do it that he “fell upon his face, and worshipped Daniel” and made him chief of the governors over all the wise men of Babylon.

So, what had he dreamed?

In the dream, he saw a “great image”, which refers to a large statue. It is described in Daniel 2:

32 This image’s head was of fine gold, his breast and his arms of silver, his belly and his thighs of brass,

33 His legs of iron, his feet part of iron and part of clay.

34 Thou sawest till that a astone was cut out bwithout hands, which smote the image upon his feet that were of iron and clay, and brake them to pieces.

35 Then was the iron, the clay, the brass, the silver, and the gold, broken to pieces together, and became like the chaff of the summer threshingfloors; and the wind carried them away, that no aplace was found for them: and the bstone that smote the image became a great mountain, and filled the whole earth.

Daniel explained that the various sections of the image, represented kingdoms that would come and go until one kingdom would arise like a stone cut out without hands and not only “consume all other kingdoms”, but ultimately fill the whole earth and never be destroyed.

It was a bold assertion for a young, uneducated man in upstate New York to look upon his initially small congregation and believe that he was an integral part in establishing that very kingdom that was “cut out of the mountain without hands” and would grow to fill the whole earth. But Joseph knew with prophetic inspiration that the Restored Gospel was that stone, humble though its beginnings may have felt.

In fact, in early 1834 there was a gathering held in Kirtland, Ohio. Brother Truman Madsen described it this way: “Wilford Woodruff says the building was a log cabin maybe 12 or 14 feet square, and that those who assembled were most of the priesthood brethren who had been ordained in the Church…Each in turn bore a five minute testimony at the prophet’s request. “Please,” he said, “brethren, bear your testimony as to what you see as the future of this Church.” They did their best and then he arose and said in effect, “I’ve enjoyed what you’ve said, but you no more comprehend the destinies of this Church,” one version is “than a little child on its mother’s lap,” and another “than a babe on its mother’s arm.”…the point he was making was these leaders didn’t begin to comprehend the great and fulfilling destiny of the restored Church of Jesus Christ. Then he said, “It will fill, eventually brethren, North and South America, and then eventually the whole earth.”[i]

Remember, this was nearly every ordained priesthood holder on the entire earth at that time and they fit in a cabin only 12 or 14 foot square and here is someone telling them that this work would one day fill the earth.

And he was right.

In 1976, President Spencer W. Kimball gave an address called “The Stone Cut Without Hands” in which he marveled that the Church now had members in 66 nations. “We have 23,000 plus missionaries,” he added, “we have 750 stakes; and whereas we had only a little more than a score of missions when I filled my mission, we now have 134.”[ii]

In 2007, President Gordon B. Hinckley gave an address entitled, “The Stone Cut out of the Mountain” in which he declared, “There are now more than 13 million of us in 176 nations and territories.”[iii]

And (though COVID is temporarily affecting where missionaries can serve) as of the 2019 statistical report, there were over 67,000 missionaries serving in 399 missions around the world. Not to mention that President Kimball’s 750 stakes are now 3,437.

The stone cut out of the mountain without hands rolls forth.

Many of the kingdoms he suggested came and went long before the ushering in of this last dispensation. Much of the destruction of those other kingdoms may be a result of their own lust for power, corruption, lack of foundation, or greed. Others simply crumble with time as the things that they were built on fail to be renewed.

I am reminded of the brilliant poem “Ozymandias” in which a traveler comes upon a pair or crumbling stone legs in the desert, a shattered face in the sand nearby, and reads upon the accompanying pedestal: “My name is Ozymandias, King of Kings; Look on my Works, ye Mighty, and despair!” But the traveler looks out and “nothing beside remains”. There is only one King of kings and only his kingdom can outlast all the others.

The kingdom of God doesn’t have to destroy all others in order to “consume them”. If we think only in warlike terms, we are thinking in terms far too mortal. Brother Truman Madsen shared that, “Erastus Snow was corrected by the prophet once after he gave a sermon and spoke of the ‘stone cut out of a mountain without hands’ that would roll forth and fill the earth. His sermon was essentially that it would crush all other kingdoms. The prophet said, ‘No brother Snow. No. It will not be by sword or gun that this kingdom grows. It will be like a spinning wheel, centrifugal in influence, reaching farther and farther throughout the world.’”[v]

So what does it mean to be “cut out of the mountain without hands”?

To be cut out of the mountain without hands, means to be formed and molded by the powers of the creator rather than by the sensibilities of man. The “stone cut out of the mountain without hands” is the restored Gospel rolling forth—it is the kingdom which shall never fall. And how will the Lord accomplish such a historically impossible feat? Will He send armies and navies and rule with an iron fist? No. His kingdom will be built on the willingness of every individual in it to turn their hearts to Him and be changed.

The Jews looked for a Messiah who would come as conqueror and free them from the bands of captivity by force—someone who would break apart kingdoms—and instead the Lord sent a baby, laid in a manger in Bethlehem because there was no room for Him in the inn. The Lord’s ways, are not our ways, and it is a kingdom built after His ways that can stand the test of time.

How extraordinary that we get to be a part of it. I hope when you find that phrase—“cut out of the mountain without hands”—in the Treasures of the Restoration puzzle, you will understand it a bit better and even be a little thrilled to think of what it means and your part in it.

[iii] Gordon B. Hinckley, “The Stone Cut Out of the Mountain”, October 2007 General Conference.

Thank you. I really enjoyed this article.