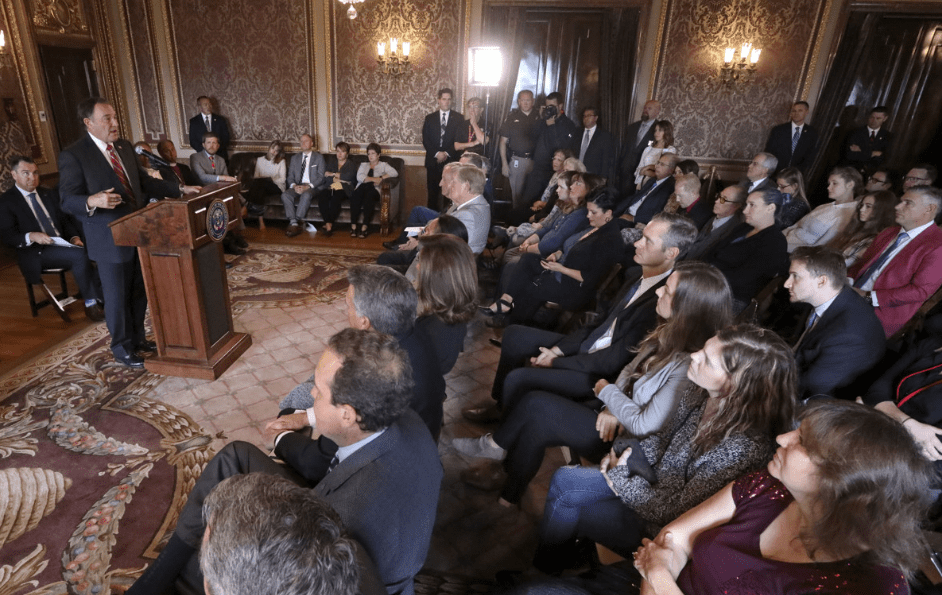 Following more than a year of a seemingly insurmountable divide and sometimes embittered debate over the future of medical marijuana in Utah, several key players announced a comprehensive compromise on the issue Thursday which they hope to get passed into law.

Utah Gov. Gary Herbert called for a special session of the Utah Legislature following the election in November to discuss a new “shared vision” for medical cannabis policy.

The Deseret News first reported the agreement Tuesday following recent private talks involving legislative leaders and others. Herbert formally announced that compromise Thursday, flanked at the state Capitol by legislators and the very groups that have been so sharply at odds over the merits of Proposition 2.

Proposition 2 remains on the ballot and cannot be amended before Election Day. In November, voters will have a chance to say yes or no to the measure as it currently stands.

Those for and against the initiative continue to disagree on whether Proposition 2 should pass, but suggested that regardless of the Election Day results, the policies agreed to as part of a wide-ranging compromise should ultimately be passed by the Legislature in the special session.

Hebert confirmed the special session will be held regardless of whether Proposition 2 is passed by voters.

“Whether it passes or fails, we’re going to arrive at the same point and conclusion, which is going to be (of) benefit to the people of Utah,” the governor said.