Has Orson Hyde’s Prayer Been Fulfilled? The Jewish Gathering to Palestine | Meridian Magazine 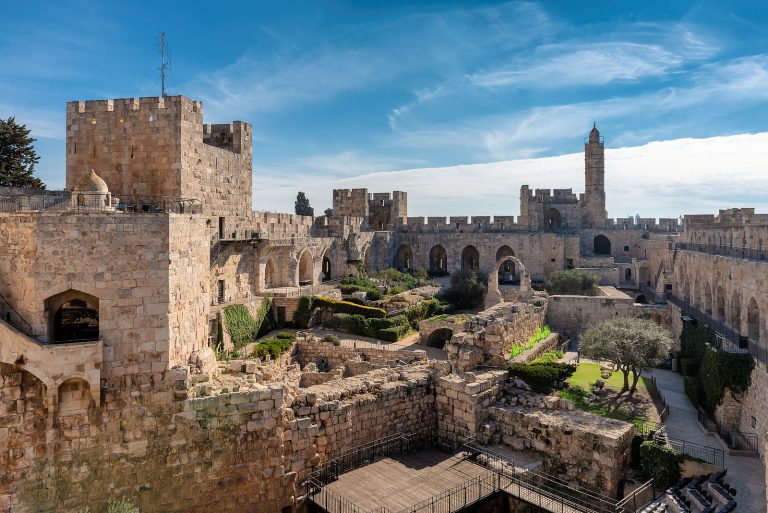 I’d like to treat the ques­tion of whether Orson Hyde’s mission to the Near East was a success. The answer, I think, should by now be completely beyond dispute. It is clear that many portions of Elder Hyde’s inspired prayer have at least begun to be fulfilled.

But it is just as clear that certain portions of Elder Hyde’s prayer remain yet to be fulfilled.

So where do we stand? I think we are in the middle of a process that has been underway for some time but that still has a consider­able distance to go. The Lord is not in the same kind of hurry that we anxious mortals often are. He has time. I think that early Latter- day Saints imagined that the events previous to the Second Coming of the Lord would happen quickly, but they have not. That is not to say that those events have not commenced or that the Lord is not acting. Clearly, he is. It seems to be the plain teaching of the Book of Mormon that the true gathering of the Jews will commence after, and not before, they come to a knowledge of the true gospel.

And I will remember the covenant which I have made with my people; and I have covenanted with them that I would gather them together in mine own due time, that I would give unto them again the land of their fathers for their inheritance, which is the land of Jerusalem, which is the promised land unto them forever, saith the Father. And it shall come to pass that the time cometh, when the fulness of my gospel shall be preached unto them; and they shall believe in me, that I am Jesus Christ, the Son of God, and shall pray unto the Father in my name … Then will the Father gather them together again, and give unto them Jerusalem for the land of their inheritance.[3]

Does this mean that the remarkable return of hundreds of thousands of Jews from around the world to Palestine is not, in the fullest sense, the promised gathering? I think it does. Does it mean that it has nothing to do with the gathering? No, I think a positive answer to that question is inconceivable. And the scriptures do not commit us to it. Rather, they clearly teach that unbelieving—that is, non-Christian—Jews will be upon the land of Palestine when the Lord returns.

In 1875, Elder Orson Pratt offered the clarification that some of the Jews gathering to Palestine would have already accepted the gospel. “Some of them,” he said,

will believe in the true Messiah, and thousands of the more righ­teous, whose fathers did not consent to the shedding of the blood of the Son of God, will receive the gospel before they gather from among the nations. Many of them, however, will not receive the gospel… They will have their synagogues, in which they will preach against Jesus of Nazareth, “that impostor,” as they call him, who was crucified by their fathers.[5]

Perhaps, indeed, the physical return of the Jews to Palestine is designed to play a central role in the advent of a belief in Christ.

I like to think of the current state of Israel, and of the Jewish immigration that gave rise to it and continues to sustain it, as a kind of preparatory gathering. It does not seem to meet the Book of Mormon’s requirements for being the “gathering” in the full sense of the word. This full sense was expressed by the late Elder Bruce R. McConkie, of the Council of the Twelve, as follows: “Now I call your attention to the facts, set forth in these scriptures, that the gathering of Israel consists of joining the true Church, of coming to a knowledge of the true God and of his saving truths, and of worshiping him in the congregations of the Saints in all nations and among all peoples.”[7]

[2] 2 Nephi 10:7. Notable here is the emphasis on the literal reality of the return to Pal­estine. It is not merely a metaphor or a spiritual abstraction, but will occur “in the flesh, upon the earth.” Professor Stephen D. Ricks addresses this issue on purely bibli­cal grounds in his article “The Prophetic Literality of Tribal Reconstruction,” in Avra­ham Gileadi, ed., Israel’s Apostasy and Restoration: Essays in Honor of Roland K. Harrison (Grand Rapids: Baker Book House, 1988), 273-81. The entire book is of inter­est in this regard.

Their numbers are few, compared to the whole, but many Jews have accepted Jesus as their Messiah. Some of them have joined the church. Still, it appears to me, that most of them will not accept him until he returns.