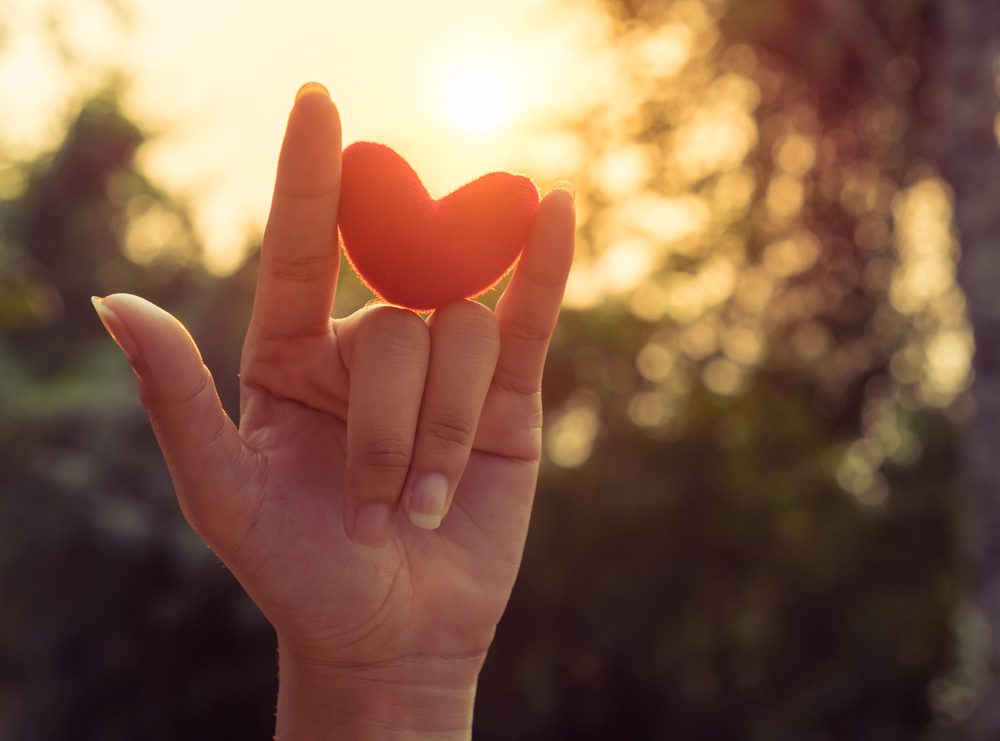 In 2001, Dr. Gary Chapman wrote a book about love languages. His thesis is that a person can better feel your love if you speak to them in their love language. This is because we don’t all feel or experience love in the same ways. Dr. Chapman identified five basic love languages: Words of Affirmation, Acts of Service, Gifts, Quality Time, and Physical Touch. If you aren’t sure what your primary love language is, you can go to Dr. Chapman’s website and take a love-language test (https://5lovelanguages.com/quizzes/love-language).

I took the test and my primary love language is Acts of Service. The Church of Jesus Christ of Latter-day Saints as a whole might also have Acts of Service as its primary love language. Worldwide, the Church serves through Humanitarian Services, Just Serve, Helping Hands, Latter-day Saint Charities, plus all the help given to individuals by bishops through fast offering funds. From oldest to youngest, the Church involves everyone in some kind of service. Teens plan service projects and receive assignments. My ministering companion is fourteen. This past Sunday, a deacon age twelve and a priest age sixteen brought the sacrament to me because I was too sick to attend sacrament meeting.

This led me to think of love languages through the lens of the gospel. It was a good exercise in generating positivity.

In trying to determine how to meet other’s needs, prayer and the Holy Ghost can guide our actions. We can also do our own investigation as to what another person’s love language is. A person usually shows love in his or her love language. You can experiment by giving a compliment, service, a gift, time, and touch and see how the person reacts. Their response will be a clue as to how they perceive love.

When Richard and I were dating, he went home to California for the summer and I stayed at home in Salt Lake. During those three months, I received several packages from him each containing a piece of beautiful jewelry. I didn’t know about the concept of love languages then, but I thought to myself, jewelry is really important to him, and I have almost none. I did enjoy his letters though. He was and is a good writer. After we were married, I wore the items of jewelry he had given me, but he never made any comment. Then one night I wore a very elaborate bracelet he had sent. He said, “Wow, where did you get that bracelet?” I said, “You gave it to me.” “No,” he said. “I’ve never seen it before.” “I’m sure,” I said. “You sent it to me during the summer you were in California.” I showed him the other pieces of jewelry. Finally we figured out it was his mother who sent me the gifts! I learned then that she valued giving gifts. It is helpful for a daughter-in-law to know the love language of her mother-in-law.

Within the gospel, there are subsets of the basic love languages Dr. Chapman identified. Gospel love languages are aspects of the gospel that speak the love of Heavenly Father powerfully to His children in specific ways.

In stake conference recently, the visiting Seventy spoke after five members of the stake had spoken. For his talk, he referred to principles taught and stories told by the five speakers who preceded him. To one he said, “Sister Austin, (not her real name) we have never met, but after listening to your talk, I know something important about you. You can tell me whether I am correct or not. I think you love music.” He turned around to look at her and she gave him two thumbs up. Then he said to the congregation, “Did you notice that she quoted lines from about ten hymns in her talk?” I found out later that she is the choir director in her ward and performs vocal duets with her husband. It seems that music is her primary gospel love language.

Music is where I turn in times of extra stress or sadness. During COVID, noon concerts performed by Tabernacle organists on Temple Square stopped. A weekly television show took its place—Piping Up. I watch it every week, sometimes more than once. I often replay the piece the organists play in every concert—his or her own arrangement of “Come, Come Ye Saints.” It comforts me every time as I remember the promise: “Gird up your loins; fresh courage take, our God will never us forsake.”

Some members of the Church seem to have temple worship as their primary gospel love language. I know people who have moved to be within walking distance to a temple. I know others who get up early to attend the temple before work. I know quite a few individuals and families during COVID, when temples were closed, who just sat in their cars in the temple parking lot. My cousin does an endowment session on Mondays, Wednesdays, Fridays, and two on Saturdays.

While serving as a temple worker, I was at the veil when a sister asked surprising questions. Just before going through the veil, she stopped and asked, “How do I look?” I smiled and whispered, “Great.” I thought she was meeting someone special in the celestial room. Then she asked, “Is my hair okay?” I took my hand and smoothed out a hair that was sticking out a little. “Beautiful,” I said. “Good,” she said. “I want to look my best for Heavenly Father.” She was meeting Someone special. She took literally what I had always thought was symbolic. When she enters that holy space, she feels her Father in Heaven’s presence. I think her gospel love language is the temple, specifically the celestial room.

Scripture is another primary gospel love language. My husband turns to the scriptures in good times and bad. Psalms is his favorite book. I often find him reading quietly on his phone or with actual scriptures. He shares scripture with his children, grandchildren, and me. A friend memorizes favorite verses. I have started doing the same. When you memorize a scripture, you own it. You can use it in multiple settings and the Holy Ghost can prompt you when to share it.

There are members with whom general conference resonates as their primary gospel love language. Words of prophets, seers, and revelators are like scripture. When holy men speak by the power of the Holy Ghost, their words “shall be scripture,” (D&C 68:4). I have friends who drive to and from work listening to general conference. They begin to “own” the talks. They know who spoke on what topic and freely share thoughts with others.

Other members find fulfillment in the social aspect of the Church. I call these gregarious souls gatherers. They can be the heartbeat of the ward—enthusiastic missionaries and party planners. They attend every extracurricular activity and round up others to go with them. Many are good at behind-the-scenes preparations. Some come early to set up; others stay late to clean up. Others, walking out the door with armfuls of items they brought from home, are already talking about the next get-together.

Service-minded people are like living coupons—whatever your need, whenever you need it—they will find a way to help. If there is a need, they want to be part of the solution. They live the scripture: “Freely ye have received, freely give” (Matthew 10:8).

Often these are women of the Relief Society. They listen; they do; they put others’ needs before their own. They are especially good at the basics of food, shelter, and clothing; then they go the extra mile. We are fortunate to have a rest home in our ward boundaries as a dependent branch. We rotate with the other wards in the stake to provide the leadership. Two months a year, we take in a weekly sacrament meeting and do a craft activity every Wednesday. We have provided a jacket or sweatshirt for each resident every Christmas for decades. We are fortunate to live in a stake that includes an independent branch for Swahili-speaking members. Several couples in our ward have served in these two branches for years.

The gospel love language linked to physical touch is spiritual touch, that tangible feeling that comes from the Holy Ghost. Years ago, I was in the Smith Fieldhouse with five hundred other women at BYU Women’s Conference. The topic was the Holy Ghost. After teaching concepts on how the Holy Ghost works, the professor asked attendees to put their heads on their desks and close their eyes. He told us that he was going to list different ways a person can feel the Spirit. We were to keep our heads down, eyes closed, and raise our hand whenever he named a way we feel the Spirit. After the activity, he said he has done this with many groups. His purpose is to teach that there are many ways to feel the Spirit not just “a burning in the bosom.” He said he has found less than twenty-percent of members feel a burning in the bosom. Why, then, did the Lord say to Oliver Cowdery: “Behold, I say unto you, that you must study it out in your mind; then you must ask me if it be right, and if it is right I will cause that your bosom shall burn within you; therefore, you shall feel that it is right” (Doctrine and Covenants 9:8). The answer is that burning in the bosom was Oliver Cowdery’s spiritual love language.

Dr. Chapman wrote another book, God Speaks your Love Language. His thesis is that God speaks all love languages and knows how to speak to you in your love language. He emphasized that we don’t initiate God’s love for us. We love God “because he first loved us” (1 John 4:19). Dr. Chapman teaches that if we identify the variety of love languages Heavenly Father uses to speak to us, we can learn to speak those languages. Thusly, we will improve in feeling and accepting His love and be better prepared to respond to others in their love language. I found it interesting that one of Dr. Chapman’s last points is “Let love prevail!”

As I listened to the book, I wondered, “What is Heavenly Father’s love language?” After some time and pondering, I think I know what it is. It is the language Jesus Christ used when he stepped forward in pre-mortal life: “And the Lord said: Whom shall I send? And one answered like unto the Son of Man: Here am I, send me” (Abraham 3:27). It is Jesus’ humility, the way He honors and testifies of His Father, and His obedience. We learn this in the scriptural explanation of why Jesus was baptized: “Notwithstanding he being holy, he showeth unto the children of men that, according to the flesh he humbleth himself before the Father, and witnesseth unto the Father that he would be obedient unto him in keeping his commandments” (2 Nephi 31:5-7, italics added).

As we learn to speak each other’s love languages, we create unity and establish loving bonds. When we speak Heavenly Father’s language, in Dr. Chapman’s words, we let love prevail, and in President Nelson’s words, we “let God prevail.”

One of your very best...insightful and touching!!

Oh Wow! Thankyou so much for capturing thoughts that are so hard to define and to express! Putting them together in this article makes them shareable. I love your insight and depth! Thankyou!