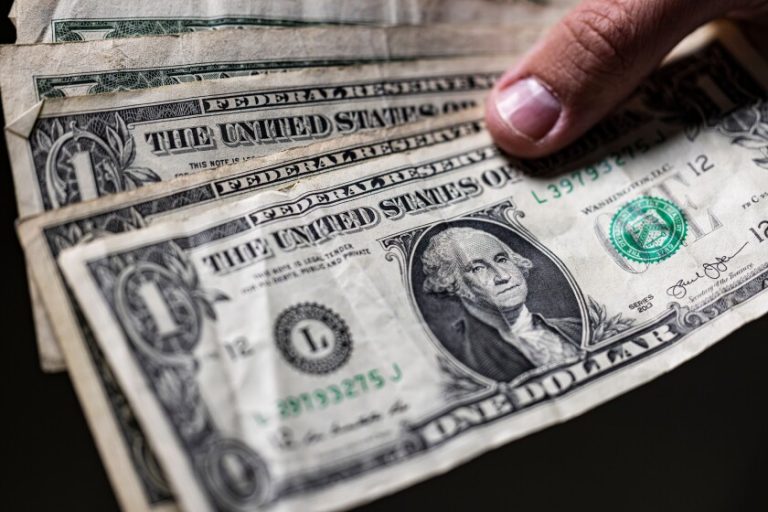 When the COVID-19 pandemic hit, many businesses stopped accepting cash payments in an effort to reduce the spread of the virus. While neither the CDC nor WHO ever banned the use of paper money, many businesses still only accept payment by card more than two years later.

Turns out that this decision, though well-intentioned, was misguided.

A new study published in PLOS ONE from BYU scientists finds that the SARS-CoV-2 virus is almost immediately nonviable if deposited on a cash banknote. The virus actually shows greater stability on plastic money cards, with the live virus still being detected 48 hours after initial deposition, but no viable virus was detected on either cash or card that was randomly sampled in the study.

“Early in the pandemic, we had this massive outcry for businesses to stop using cash; all these businesses just followed this advice and said OK we are credit card only,” said study author Richard Robison, a BYU professor of microbiology and molecular biology. “I thought, ‘Wait a minute, where are the data to support that?’ And there simply wasn’t any. We decided to see if it was rational or not, and turns out it was not.”

The research team, which included BYU professor Julianne Grose and a cadre of undergraduate BYU students, rounded up a bunch of $1 bills, quarters, pennies and credit cards and inoculated the money with SARS-CoV-2. The cash, coins and cards were then sampled and tested for virus detection at four time points afterwards: at 30 minutes, four hours, 24 hours and 48 hours.

The researchers found that SARS-CoV-2 was difficult to detect on the dollar bills even just 30 minutes after being placed there. The study find the virus was reduced by 99.9993% at the 30 minute mark. They tested again after 24 and 48 hours and found no live virus on the banknotes.

In contrast, the virus only reduced 90% on money cards at the 30-minute mark. While this reduction rate increased to 99.6% by four hours, and 99.96% by 24 hours, the live virus was still detectable on the money cards 48 hours later. The coins performed similarly to the plastic cards, with a strong initial reduction in virus presence, yet still testing positive for the live virus after 24 and 48 hours.

Researchers were surprised by the instability of the paper banknotes (which in the U.S. are a blend of ~75% cotton and 25% linen) — after putting 1 million viable virus particles on the bills, they couldn’t find any virus at all after 24 hours.

The research team also obtained fresh samples of $1 cash bills, quarters and pennies from around BYU’s campus and local restaurants to test them for the presence of the virus. Within an hour of obtaining the money, the researchers systematically swabbed the surfaces and edges of the cash/coins with a sterile cotton swab. They also swabbed a collection of money cards. They detected no SARS-CoV-2 RNA on the banknotes or the coins and only a low level of the virus on the money cards.

“This pandemic has been infamous for people making decisions with no data,” Robison said. “We have these people just saying things and massive numbers of organizations just follow it blindly without any data. It turns out in this case, they went precisely the wrong direction.”

The study authors — Robison, Grose and students Colleen Newey, Abigail Olaussson, Alyssa Applegate and Ann-Aubrey Reid — conclude that the use of credit and debit cards over cash as a COVID-19 prevention measure is not advisable.