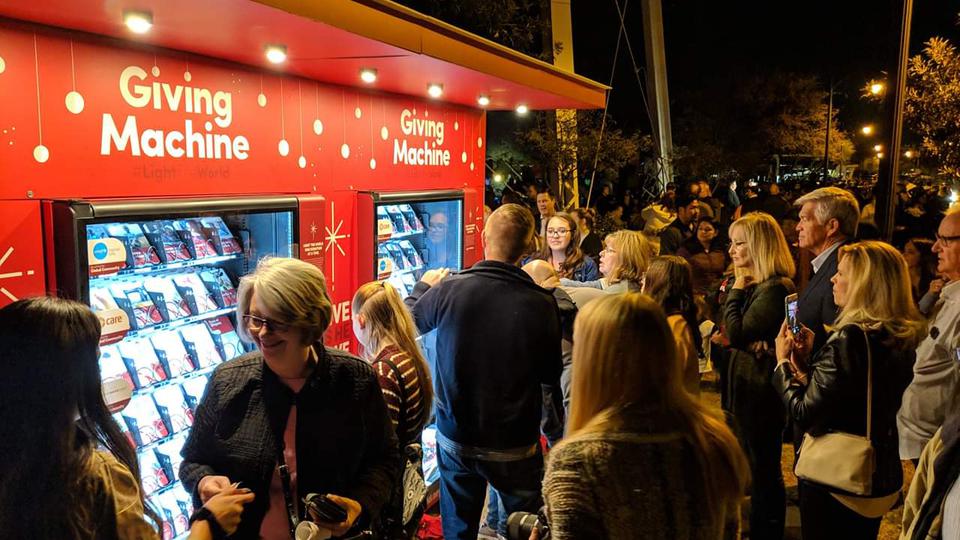 From their ten locations around the world, the Giving Machines raised nearly $6.3 million for charitable organizations as part of the Church’s Light the World campaign.

A total of 255,814 items were purchased by individuals at the machines. According to Boncom, the top five most commonly chosen items were:

This was the third year for the Giving Machines and the fourth year of the Light the World campaign from The Church of Jesus Christ of Latter-day Saints.