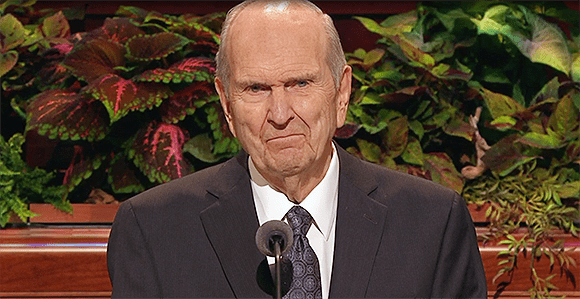 President Russell M. Nelson has had an outsized impact on the Church in the short time that he has been President.  Some of his most impactful accomplishments as President of the Church include:

Gathering Israel on both sides of the veil

Throughout his service as a general authority, President Nelson has taught the importance of the gathering of Israel[i].  Perhaps his most eloquent effort was in Let God Prevail when he said:

The Lord is gathering those who will choose to let God be the most important influence in their lives.

For centuries, prophets have foretold this gathering, and it is happening right now! As an essential prelude to the Second Coming of the Lord, it is the most important work in the world!

When President Nelson introduced the Come Follow Me program at the April 2019 General Conference, we did not realize the true importance of the program.  With the benefit of hindsight, we can clearly see the Lord working through His prophet to prepare the church for the COVID pandemic.  Beyond the pandemic, this inspired program continues to bless our lives as we study the scriptures in our homes.

As a result of this program, there are many more gospel resources available than there have ever been.  There is a wide variety of Come Follow Me podcasts, web sites and blogs available that cater to all levels of learning and interest.  This includes the excellent Meridian Magazine podcast.

Since becoming president of the church, President Nelson has announced 100 new temples – an astonishing 21 per year.  Since the time of President Gordon B. Hinckley, temple construction has greatly accelerated.  The following table shows the rate of temple announcements and construction:

The Name of the Church

For three decades President Nelson has been focusing attention on the correct name of the church as revealed by the Lord in D&C 115:4:

For thus shall my church be called in the last days, even The Church of Jesus Christ of Latter-day Saints.

Changing the name of the church was difficult and inconvenient especially with internet technology based on domain names and hashtags.  By this action, President Nelson demonstrated the importance of obeying the Lord with exactness even when it is difficult.

Here is the timeline:

Language is important and President Nelson has been effective at using language to emphasize his teachings.  As a result of his effort, the phrase ‘covenant path’ has been used in nearly one third of all conference talks (92 of 307) in the Nelson era.

President Nelson taught the importance of covenants in Let God Prevail – one of the most impactful conference talks in recent memory.

Statistics for the April 2022 conference:

o   Adeyinka A. Ojediran – The Covenant Path: The Way to Eternal Life
o   Amy A. Wright – Christ Heals That Which Is Broken
o   Rebecca L. Craven – Do What Mattereth Most

[iv] Previously discussed here in General Conference by the Numbers

Thank you, Scott! I'm using the statistics about most-referenced scriptures in my Seminary class this morning, as we focus on General Conference. We'll look at each of them and talk about why they might be so often referenced.