From TV-Addicted to Time Together! | Meridian Magazine 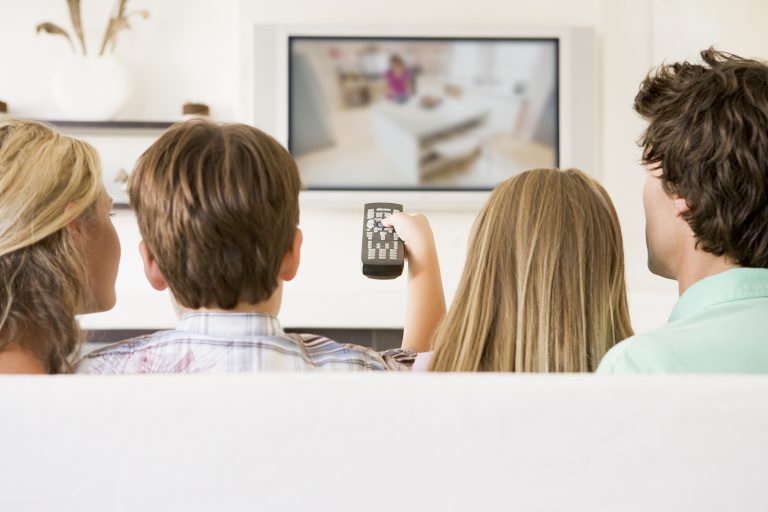 From TV-Addicted to Time Together!

Sharon and Michael always enjoyed their downtime in the evenings watching DIY, design, and food programs. They felt like their time together as a young married couple was meaningful and educational since they both loved creative projects, and they got the “downtime” they needed at the end their busy workdays.

This nightly ritually quickly became a habit for Sharon and Michael, and after three children joined the family, the nightly creative TV programs got three more viewers. The family TV tradition seemed to make life fulfilling until their 4-year-old Marie, the youngest child in the family, said something that opened Michael’s eyes to a possible TV addiction.

Marie was being spotlighted for her preschool class and needed help filling out a form to bring back to her teacher. The form asked, “What do you enjoy best about your family?”

Michael was completely unprepared for his daughter’s response to this question as he was writing her answers on the form. She said, “watching TV.”

Michael knew he couldn’t write that. That response was humiliating. It wasn’t deep enough. His daughter needed to care more about family than that. He reasoned that he just needed to dig a bit deeper to get a more meaningful answer. “When you think about why you love your family and how your family supports you, what do you think about?” Michael asked.

“Um, I think about how my family loves watching my favorite shows because they make me happy,” Marie said with a confident smile.

Michael confessed that he didn’t know if he should really write Marie’s answer, or if he should put something better like, “We love playing games and talking together.” In the end, Michael wrote Marie’s true words, but he resolved that their family culture was going to change immediately.

That night Michael told everyone that dinner wouldn’t be eaten around the TV, but that he was going to set the table and everyone could eat at the table. Multiple family members, including Sharon, complained and tried to change his mind about the proposal. Feeling a bit frustrated by the lack of family vision his family was showing, Michael said that he wanted to do something special for his family, and that he knew they’d like the dinner that night.

Michael made their favorite Italian meal and set a table complete with candles to show how important the night was. “The candles impressed them and made them stop thinking about TV for a few minutes at least,” he said.

After they started eating, Michael said, “Our family might be addicted to TV. We always do the same thing every night as a family, and there are a lot of other fun and meaningful things that we could do. What kinds of things do you want to do as a family?” This surprised everyone and they didn’t really know how to respond. They hadn’t thought of doing something else instead of TV. They liked TV; why change? Since they had a hard time coming up with ideas, Michael started throwing out ideas from his childhood to give the children an idea of what kinds of things were possible during the evenings as a family.

He hoped that Sharon would help make the list, but she was considering if she wanted to make the change that he was suggesting with this type of conversation. Part of Sharon liked the ease of downtime in front of the TV before bed, and everyone was happy.

“I have to admit, I was lazy. When Michael started talking about changing our family culture, I wasn’t totally on board. It took me a few days to really get a vision of what was possible,” Sharon confessed. “But, after a day of badminton in the backyard, a day of making homemade pies, and a day of the most intense games of UNO I had ever played, I couldn’t deny that Michael was right. We were missing something.”

Michael started a list of ideas that first night and started making dinner for the family with one of his children each night, too. After Marie’s honest comment about their family life, he was haunted by the thought that the family would grow up and not have anything to show for their time together. He wanted more. The family had been having a short family activity before TV time one night a week prior to this big family culture shift, but now every night was a new memory and was filled with new meaningful discussion.

They didn’t always play at night; sometimes they worked together and taught the children new skills. And, once a week they did have a family movie night. But, no matter what they did, the children’s attitude had changed. They liked working and learning and playing together as a family. Their new nightlife had given them depth and substance to lean on at school and with friends.

Strong family cultures are a gift to children and parents. All parties get important bonding for emotional and social health. Parents get to know their children better and keep their focus on family, and children get to learn way more than they would in front of a screen. Life skills and real bonding experiences enrich a young person’s life more than any other educational resource. When a child has an engaged parent who tells them the real things about life and offers them the substance needed for healthy maturing, that child ends up with greater discernment, increased confidence, and better social and emotional development.

Nowadays everyone is worried about the social and emotional crisis facing children, yet very few openly acknowledge that the solution to the social-emotional health crisis is family bonding. No program or lesson will ever replace the time and talk a healthy family culture provides. Family time creates functional families. And, functional families create socially and emotionally strong children. TV/phone culture doesn’t support family culture.