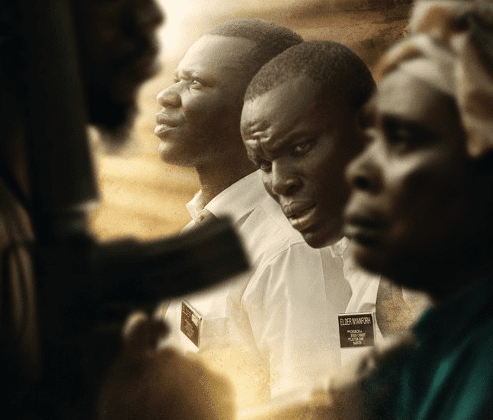 Your backpack is packed, you have finished praying as a companionship. Nametag in place, you are ready to begin another day. Just as you begin to open the front door, the sound of gunfire pierces the air around you. Shards of glass come tearing through the curtains as all your windows are destroyed. Rebel fighters shout from the street. Three passersby, that you may have smiled at and greeted warmly, are dead. There is nothing you can do but pray.

It is the story of these missionaries and their full-time fellows, presented with similarly perilous circumstances, that are depicted in the new film from Garrett Batty, Freetown.

In the summer of 1990, Liberia (west Africa) was in the midst of a brutal civil war. Tribal divisions raged and were dealt with violently. It would become one of Africa’s bloodiest civil conflicts. In the midst of this harsh climate, the work of eight native Liberian missionaries to spread the Gospel of Jesus Christ was becoming nigh unto impossible.

The elders had to stay shut in to their apartments. They were unable to go about freely teaching new investigators. Even visiting members became a risk to their very lives. If they wanted to continue to spread the word of God, it would mean leaving their country and traveling to Freetown, Sierra Leone to the North.

So began their harrowing journey that would require unwavering faith in the midst of ever-present danger. It was this story of hope and endurance that director Garrett Batty (The Saratov Apporach) and producer Adam Abel hoped to capture on film.

Batty came upon the story in the archives of the church website. (To see the original article in the Ensign, click here). Batty said that despite not knowing much about the culture, it was a story that was immediately relatable. And that universality isn’t just exclusive to members of the Church. He says, “Human emotions of fear and faith and hope and endurance are certainly not exclusive to LDS audiences. I think if the main character is a Mormon missionary, that’s fine too.” 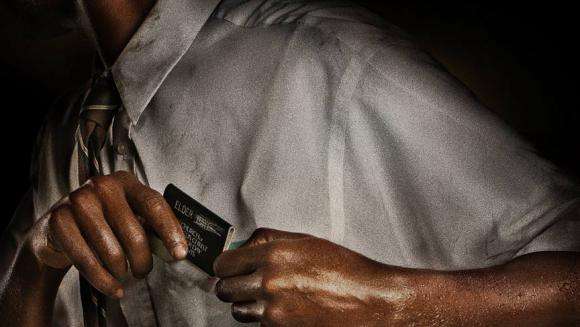 The film was accepted to the Pan-African Film Festival which speaks volumes to the film’s appeal outside of those that might otherwise think that it’s “just for Mormons.”

Though it takes place in Liberia, with Ebola outbreaks in that area of Africa, the film was shot in Ghana (one of the few west African countries with no confirmed cases of the disease). A casting call was held where around 150 Ghanaian actors were narrowed to a cast of characters that included six Elders.

Once final casting decisions were made the team discovered that they had unwittingly cast three members of the church; one in each fictional companionship. This came in handy as they attempted to depict scenes of street contacting with extras (and sometimes with real people). Batty said he would let the member sort of lead out and initiate while his non-member companion followed after.

Though these scenes make up a fairly small part of the film, it is an essential motivation behind why the real elders in this story felt compelled to leave when and how they did. Elder Marcus Menti felt particular pressure as he saw the months of his mission slipping away and remained unable to fully be a missionary if he stayed in Monrovia, Liberia.

Surrounded by so much hatred and division, he felt an even greater desire to spread the Gospel message of peace. Even among members of the Church in the country, there were people taking opposite sides in the conflict. It was often just a matter of survival. If you joined the government or the rebels you might be able to get food and water for your family. Claiming no allegiance to either faction might mean starvation.

Menti commented however that he saw the Lord’s hand in who ended up where. He said it was clear that “some of these people were strategically placed to be of service to save lives when they couldn’t do it overtly.”

Elder Menti was a Zone Leader at the time of their departure and he felt the weight of leadership as he strived to maintain an assurance that the Lord was watching out for them and that they would reach their destination in safety. This was particularly difficult as the elders endeavored to protect one of their number that was a part of an ethnic group being hunted down by rebel fighters. Over the course of their journey they each came face to face with the possibility of having to demonstrate that greatest love of which they preached, laying down their lives for a friend.

Elder Menti seems to still be deeply emotionally effected by this experience. He said that he couldn’t sit through the whole film the first few times he had the opportunity to see it. It wasn’t until the fourth viewing that he even watched the entire piece, such was the intensity of the feelings that it brought back to him.

About a week after the end of the events depicted in Freetown, Menti’s faith that the Lord had been watching out for them was validated in the form of a letter that came from the First Presidency of the Church. Menti said, “It was written as though they had made the journey with us themselves.” It seemed to confirm that the Lord had indeed been aware of them and that the Church itself was “alive, vibrant, and connected,” to be aware of individuals serving the Lord across the world in real time.

Elder Menti says that he hopes people see this movie and understand that regardless of race, creed, gender, tribe or even political philosophy, we have a universal need for faith, hope and endurance in our lives. Director Garrett Batty says that he hopes that audiences are inspired and strengthened by this story of lesser-known pioneers.

Freetown opens in theatres everywhere (not just Utah) on Wednesday, April 8. To see the list of theatres where the film will be playing, click here. Films like this will only continue to be made if they get a lot of support. Plan to go see it opening weekend, its success during those three days will determine where it can go from there.

An amazing story that's been superbly re-enacted. Shows that God always loves and blesses His faithful children, even miraculously when necessary. Wonderfully presented by all those who made it possible. The filming in Ghana made it so real. Thank you for bringing this faith-filled experience to the big screen.

Wish it was playing in the Murrieta/Temecula, CA area. Large LDS population here, who would enjoy it.