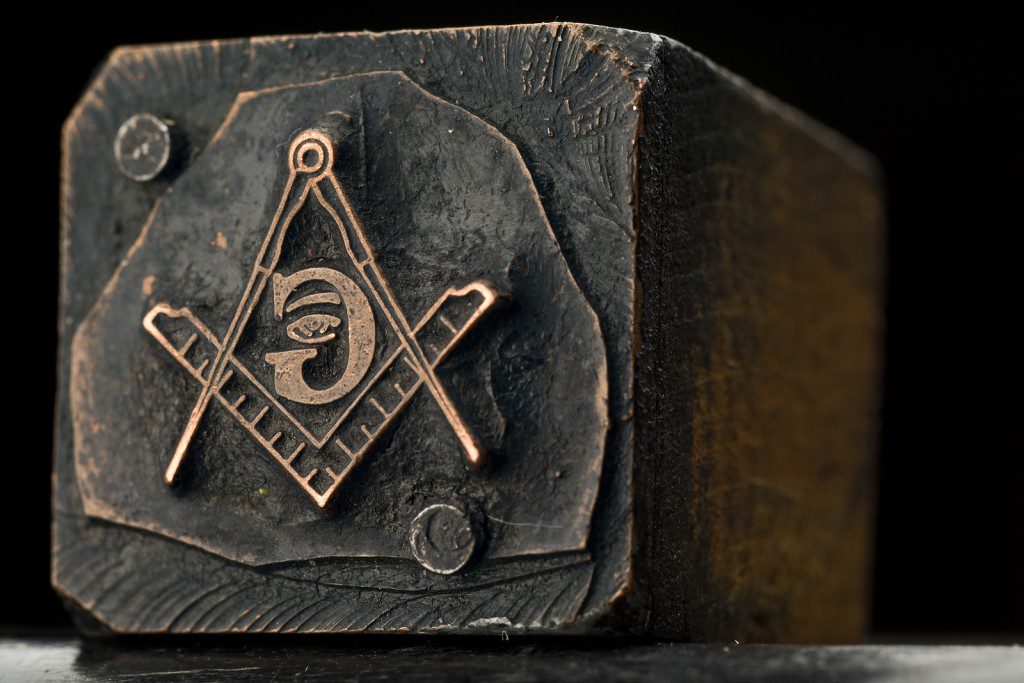 The following is part 3 in a series of articles on difficult and controversial topics in LDS Church History and Doctrine taken from A Reason for Faith: Navigating LDS Doctrine and Church History. To see the previous installment, click here.

On March 15, 1842, Joseph Smith applied for membership in the newly organized Nauvoo Lodge of Freemasons. On the next day, he was initiated as a Master Mason. Both his father and brother had been members of Masonic lodges, but perhaps Joseph’s youth, religious concerns, or anti-Masonry sentiment in Jacksonian America had prevented his joining.

Today many people have no idea what Freemasonry is, though it was well-known and popular in eighteenth and nineteenth century America and Europe. It is a private organization for males in which members are initiated into the order and progress to various degrees as they learn the lore and secrets of the brotherhood. It was a common way for men to get involved in their community and develop social ties. Many of the founding fathers were Masons: men such as George Washington, Benjamin Franklin, and John Hancock.

Introduction of the Temple Endowment

Just seven weeks after rising to the level of Master Mason and in the very same space that the Masonic rites had been performed, Joseph introduced the endowment to nine men on May 4, 1842. The endowment presented teachings, ordinances, and covenants to participants in a format that closely resembled a few parts of the ceremony used in Freemasonry.

Over the years, critics have suggested that Joseph Smith plagiarized Masonry. The similarities are undeniable, so the charges are not surprising. Many of the symbols found on the exterior of our temples are also used in Masonry. And the Masonic ceremony contains elements similar to that in the temple endowment: signs, oaths, and special words, along with covenant making.

Critics acknowledge that the teachings of the two ceremonies are very different. The theological ties between Masonry and the endowment are essentially negligible. This does not extend to the physical similarities in the ceremonies that have raised questions over the years as to the exact relationship between the two, which cannot be totally ignored.

In this chapter, Steven Harper presents much more than an analysis of Masonry or even the endowment. Not only will readers learn important historical details regarding the origins of both Freemasonry and the Nauvoo endowment but they will also learn what the endowment meant to those who first received it.

Through the eyes of Heber C. Kimball, a Mason and one of the initial group of men to receive their endowments, we learn what attracted him first to Masonry, then to a new Church headed by a young prophet, and finally to rejoice over the revelation of the temple endowment.

A Selection from “Freemasonry and the Latter-day Saint Temple Endowment” by Steven C. Harper from A Reason for Faith: Navigating LDS Doctrine and Church History

Heber C. Kimball longed for an endowment of divine power—something that would give meaning and direction to his life and something that would make sense of the world as it was and relate it to the world to come. When he was about twenty, Heber moved from his native Vermont to west­ern New York and married Vilate Murray in 1822. She bore a daughter in 1823. He bought land and built a fine house, a woodshed, and a barn. He planted an orchard and was living comfortably, at least physically. But tuberculosis stole his mother in 1824, his father a year later, and his brother and sister-in-law another year later—so no house, no matter how well built, nor any amount of property, could make Heber feel endowed with power over death and the way it ended his relationships. Death could take him or Vilate or their daughter at any instant, and Heber sought richer relation­ships, more meaning, more security, and more power than his hard work alone could offer.1

So, though he was already a potter and a blacksmith, Heber also became a Mason—not a bricklaying mason, but a member of the Masonic fraternity. Members of a Masonic lodge hold elaborate meetings in which they retell stories of the ancient origins of masons who were among those Solomon commissioned to build a temple in Jerusalem. These stories both entertain and teach members to be loyal and worthy of each other’s trust, as well as God’s.2

Masons in western New York where Heber lived held their meetings in a tavern room representing Solomon’s temple. In their meetings Masons acted out and enlarged the brief biblical account of Hiram of Tyre, a widow’s son of the tribe of Naphtali.3 In the Masonic story, Solomon charges Hiram to build the temple. Hiram refuses to reveal the word of the Master Mason to some of his subordinates and is murdered for his fidelity. Emulat­ing Hiram, Masons ritually advanced by degrees from Entered Apprentice to Fellow Craft to Master Mason, using gestures, secret words, and ritual clothing.

The Masons let Heber enter their lodge as an apprentice.4 With each meeting, he learned various signs, words, and symbols he promised not to reveal, all of which conveyed that he was building on a solid foundation and adding to it by degrees of light and knowledge through symbolic ritual. As Heber advanced in the order, he metaphorically went deeper into Solomon’s temple on a quest for more light, rising to the degree of a fellow and then finally becoming a Master Mason.

But that’s as far as the young Heber went with Masonry, for just as he was about to go further, a Mason named William Morgan, who was publishing Masonic secrets in a nearby town, disappeared and was never heard from again. A great outcry against Masonry followed, since many people suspected Masons of capturing and executing Morgan. In the after­math of his disappearance, the popularity of Freemasonry plummeted in the region, and Heber’s own involvement waned. It was a loss to Heber, who had enjoyed the ideals and friendships Masonry provided and the feeling of growth he experienced within the group.5 The rituals and stories they shared and discussed made Heber and his fellow Masons feel like they were part of something ancient and mysterious.

The Masonic fraternity is mysterious, but it has not been proven to be ancient. . . .

To read more of Steven C. Harper’s chapter, “Freemasonry and the Latter-day Saint Temple Endowment,” check out A Reason for Faith, available at Deseret Book and online retailers like Amazon.com.

Be sure to subscribe to the free A Reason for Faith Newsletter for access to additional resources.

LAURA HARRIS HALES earned a master’s degree in professional writing from New England College. She works as a freelance copy editor. Along with her husband, Brian Hales, she maintains the website JosephSmithsPolygamy.org. Her five children—all avid truth seekers—never cease to amaze and inspire her.

Thank you for sharing, Calvin!

I remember reading something quite a while back...about free masonry and the church...and how masonry started within the catholic church. many catholics were masons who built the great catholic churches. they were more or less at the catholic churches beck and call. there was some dispute and the catholic church began not to trust the masons and I don't remember much about that....and the masons formed a union more or less....and then the book goes further back to the building of solomons temple...it was very interesting and I am enjoying reading this. thank you for writing this. I'm not a mason and I was raised a catholic and was told that masonry was evil and not to be a part of it ever. later I became a Mormon. my husband was Baptist and knew people who were masons and he was told that many different kinds of religions belong to free masonry.