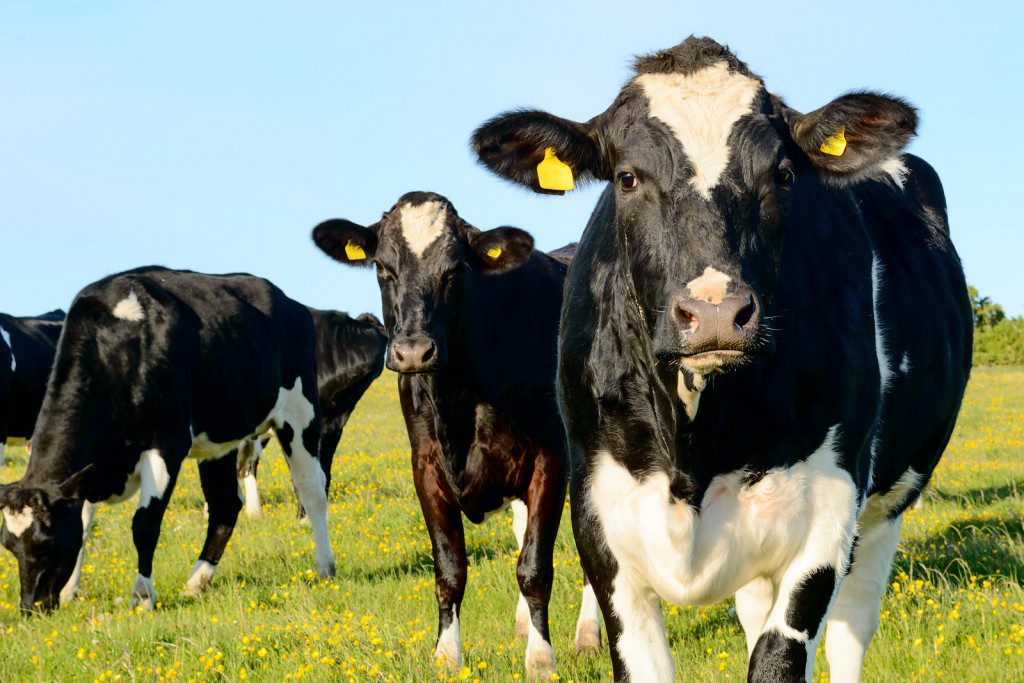 Former Member of a Band

We were in a theatre production, and the men’s changing room was nothing but an old converted closet. We were stuffed tight in there, which made for times of joking, telling stories, and barely getting into costume before the opening scene. One night we were still getting dressed when the preshow started.

David turned to Jim and asked, “Jim, did you sign up for a preshow number? I heard that you used to be in a band.”

“Well, you might say that,” Jim replied. “But some cows changed that.”

“I was in high school,” Jim said. “There were four of us who decided we were really good musicians. We had big dreams of fame. The father of the band’s drummer told us we could practice in his garage. But after about a week of practice he changed his mind.”

“So then what?” David asked.

“The lead guitarist lived on an old farm. There was an old barn that wasn’t used for anything but storing junk. It also hadn’t been cleaned since the time the cows used it. The lead guitarist’s dad said if we would clean and organize it, we could use it.”

“That was nice if him,” David said.

“I think he just wanted free labor,” Jim replied. “Anyway, it took a couple of weeks after school for us to get it clean. The day we moved in was exciting. We were a long way from anyone who could hear us, and we bragged about getting really good and then surprising everyone. We worked hard at it, too. We practiced every night. The problem was, we were all self-taught, and every practice was a bit different because we could barely read music. But the most annoying part of the whole thing was that when we practiced, the cows in the pastures would come to the barn and moo until we could hardly hear ourselves. Our keyboardist assured us that it was because the cows liked our music and wanted to join in.”

“I don’t think so,” Jim replied. “After we got to a point where we thought we were really good, we started trying to find gigs. We performed at a couple of places for free, but were never invited back a second time. We finally got a nonpaying gig at a bar and were paid in all of the Sprite we could drink since we were under age—too young for alcohol. No one cared what we played, and when the people got really drunk, they even tipped us a little bit.

“No matter what we did, we couldn’t find any other place that would let us play. So then our drummer got this big idea. He said we should rent a big theater and invite everyone to come for free. He said we would pack the place and that would give us some recognition.

“We all agreed that it was a good idea. The theater cost one thousand dollars for the night, so we each worked at part time jobs to earn the two-hundred-and-fifty dollars for our share, and a lot of extra for advertising. We rented the theater, made fliers, and posted them all over town. We put it on the marquee, bought ads in the paper, and did advertising everywhere else we could think of.”

“When it was time for the concert to start,” Jim replied, “not a single person had come, not even family and friends. So we opened all the doors and started to play, hoping to draw people in off of the street. After about an hour a lady and her daughter walked in and asked if they could sing. I said, ‘Lady, can’t you see we are having a concert?’ She looked at the empty hall and said, ‘It sounded so bad I thought it must be open mic night.’”

“Yeah,” Jim said. “The drummer then said something which changed our lives forever.”

“He said, ‘Guys, do you think that maybe all that time we practiced the cows were really just begging us to quit?” Jim paused and grinned, then added, “And that’s how I ended up in theatre.”